When Dan Camp was in graduate school at North Carolina State University in Raleigh in the mid-1960s, a historic building caught his eye. It was a cottage where, at least according to local lore, President Andrew Johnson was born. What struck Mr. Camp was that a relatively compact space could be a perfectly adequate dwelling.

“I suspected that most Americans lived in that type of environment then,” he told Mississippi Magazine in 2001, “so I came home with the idea that those types of dwellings would be an excellent way to build things and offer them to students.”

Back home in Mississippi, he settled in Starkville, about 125 miles northeast of Jackson, and became intrigued with the possibilities of a run-down area between the campus of Mississippi State University, where he was teaching in the industrial education department, and the downtown section that became known as the Cotton District, because of the mill that once thrived there. The mill had shut down in 1964, and the nearby millworker housing had deteriorated.

In 1969, Mr. Camp started buying property in that area and creating an eclectic oasis of tightly packed housing and businesses that has been drawing admiration from urban planners ever since. The Cotton District is now one of the most desirable addresses in Starkville, especially for students, a pedestrian-friendly, architecturally varied neighborhood of cottages, duplexes, apartments, street-level shops, courtyards and fountains. 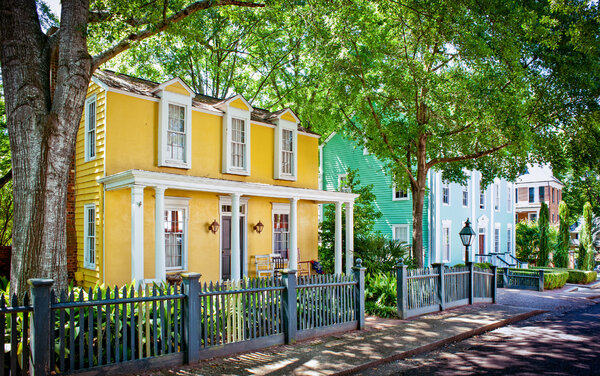 Robert Daniel Camp was born on April 13, 1941, in Baton Rouge, La., and raised in Tupelo, Miss. His father, Dewey, was a band director, and his mother, Opal Quay (Webb) Camp, was an educator who, the family said, was Elvis Presley’s sixth-grade home room teacher.

“Most people in the community thought I was crazy for going into such a dilapidated slum area to do anything like this,” he told Mississippi Public Broadcasting in 2013.

Over the years he added small cottages — 300 to 500 square feet, aimed at students — and assorted other residential units, as well as stores, restaurants, bars and public spaces, all of it on narrow streets that encouraged foot traffic and a communal feel. The district was built on the principles of the 1980s movement known as New Urbanism but came into being well before that term had been coined.

“Mayor Camp talked about walkability and mixed-use development before it was cool,” Parker Wiseman, his successor as mayor, said on Twitter. “He didn’t just talk about it. He built it.”

He also encouraged an artistic flowering in the district, including commissioning dazzling murals from Michael Roy, an artist who goes by the name Birdcap.

“He hired me to paint a mural on his office about 10 minutes after meeting me in early 2014,” Mr. Roy said. “This was in spite of me having no paid experience, no knowledge of how to run a scissor lift and no proper sketch. He liked that the old folks across town hated my work.”

After that, Mr. Roy said, Mr. Camp kept giving him commissions just to support his art.

“At any given time he might also be patron to a writer, a sculptor, a wild impressionist, a barefoot juggler, a lost intellectual or an ethically sourced hippie apparel shop,” he said. “He wanted a carousel of creatives in the neighborhood by design.”

In addition to his son Robert, Mr. Camp is survived by his wife, Gemma, whom he married in 1981; another son, Frederick, known as Bonn; and two granddaughters.