CRISTIANO RONALDO scored his 100th goal for Portugal during the week with a sublime free-kick.

But the stunning effort didn't surprise his international team-mate Bruno Fernandes, who sensationally revealed the Juventus legend scored seven free kicks in training before the game. 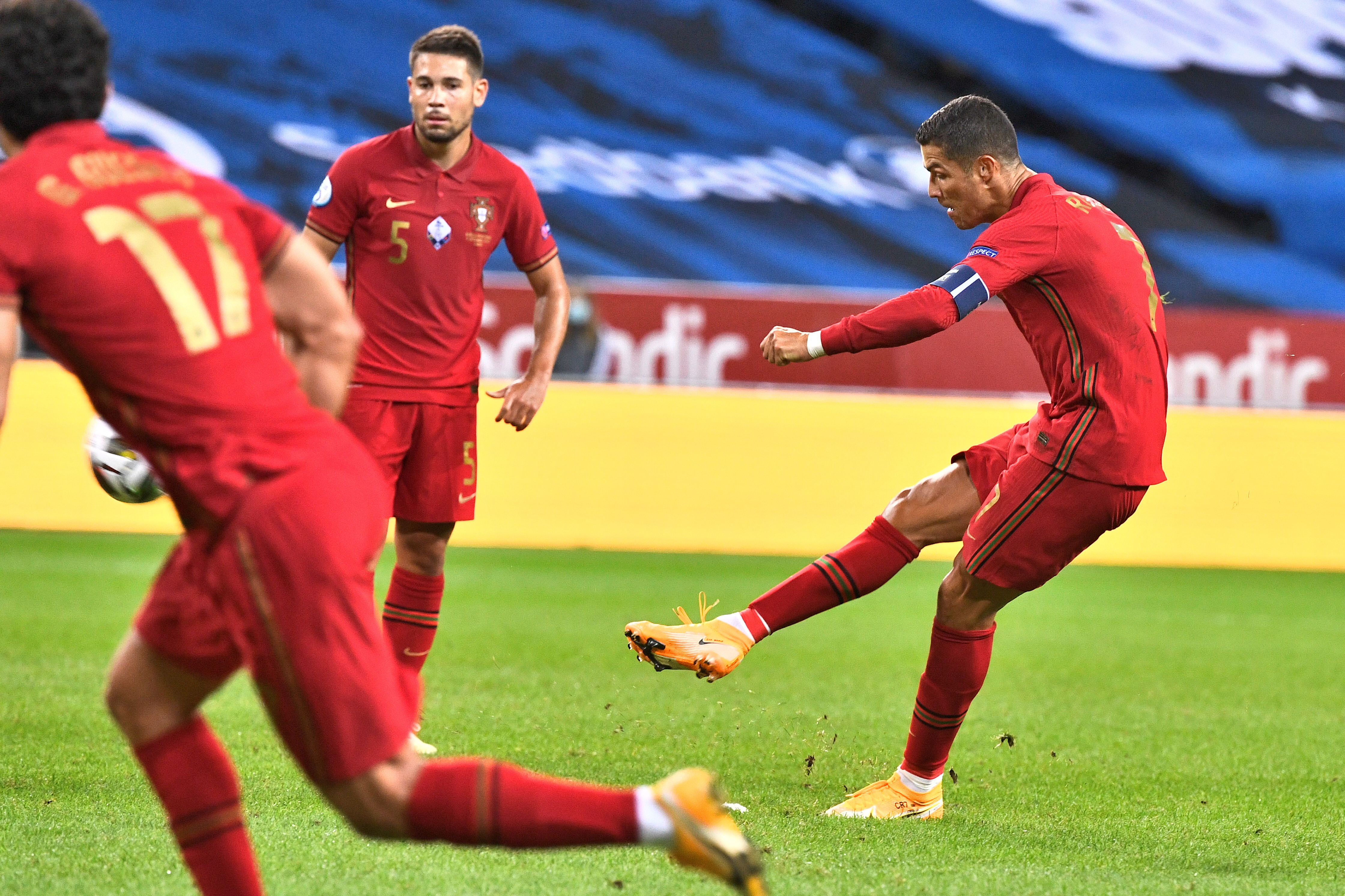 Fernandes revealed: “Yesterday he scored six or seven (free kicks) like that in training and today it went exactly the same way.

"It’s so good to have Cristiano on the team.”

Ronaldo, 35, was instrumental in Portugal's 2-1 Nations League win over Denmark – netting a double to lead his country to victory.

The two strikes saw him reach 101 international goals – becoming the second player to ever reach a century.

And now the former Manchester United star has his eyes set on Ali Daei’s record of 109 international goals for Iran.

“I managed to beat this milestone of 100 goals and now (I’ll go) for the record. It’s step-by-step. 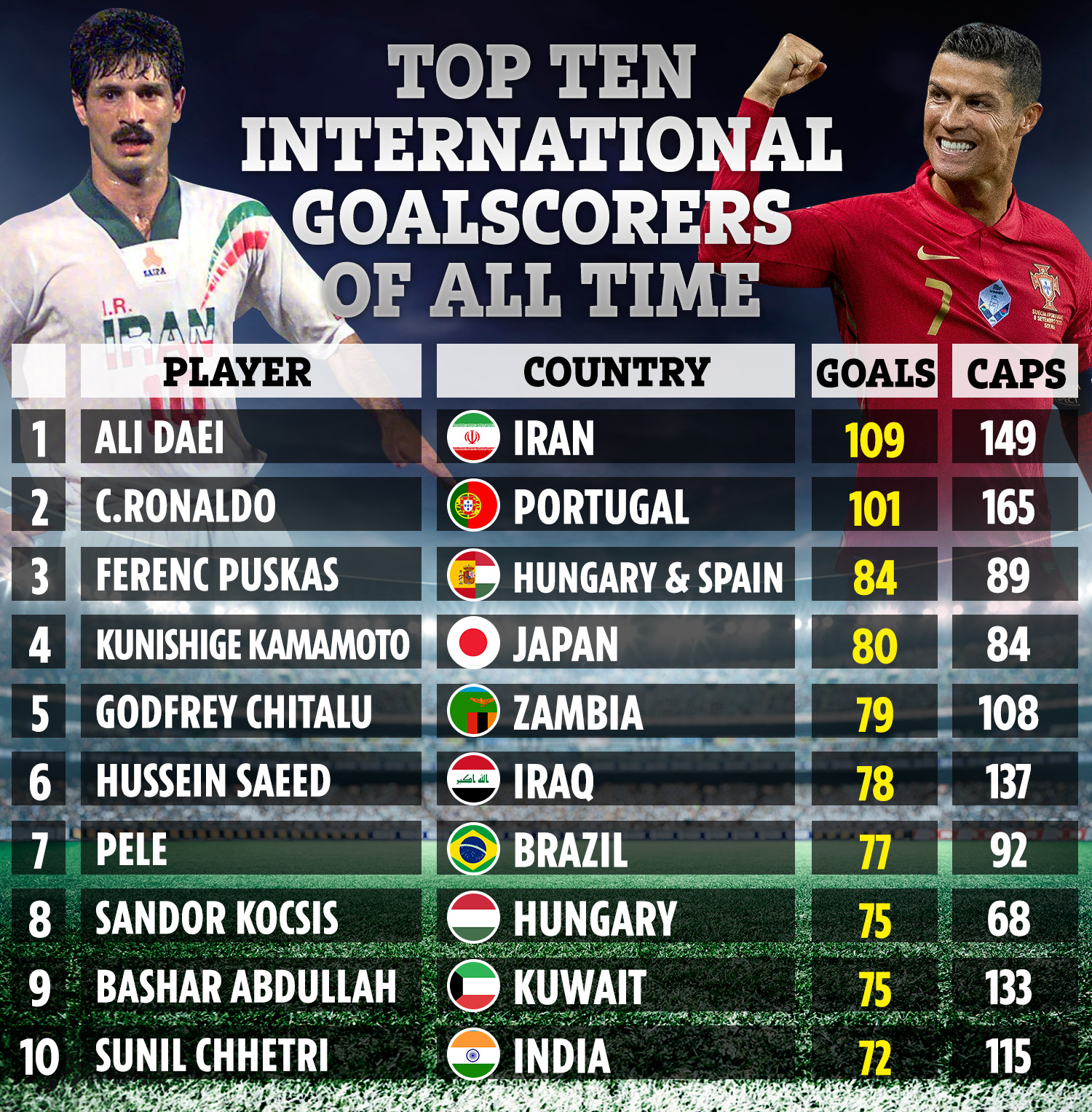 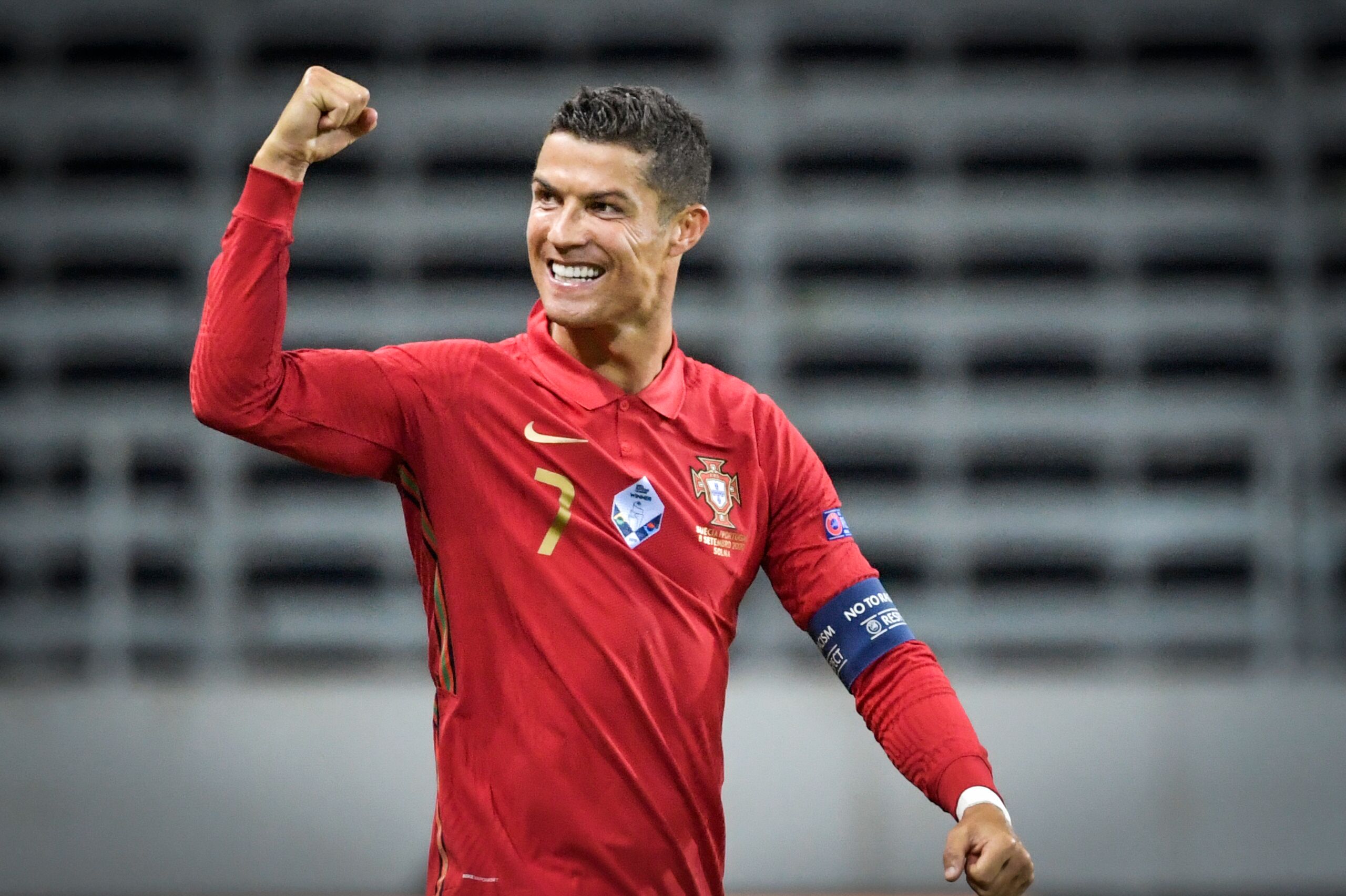 "I am not obsessed because I believe the records come in a natural way,” Ronaldo said."

Ronaldo can improve on his tally when the Nations League returns in October.

Portugal first face a tough game against France, before they take on Sweden.