The Belgian duo played together for four seasons at Stamford Bridge before securing their dream moves to the LaLiga giants. 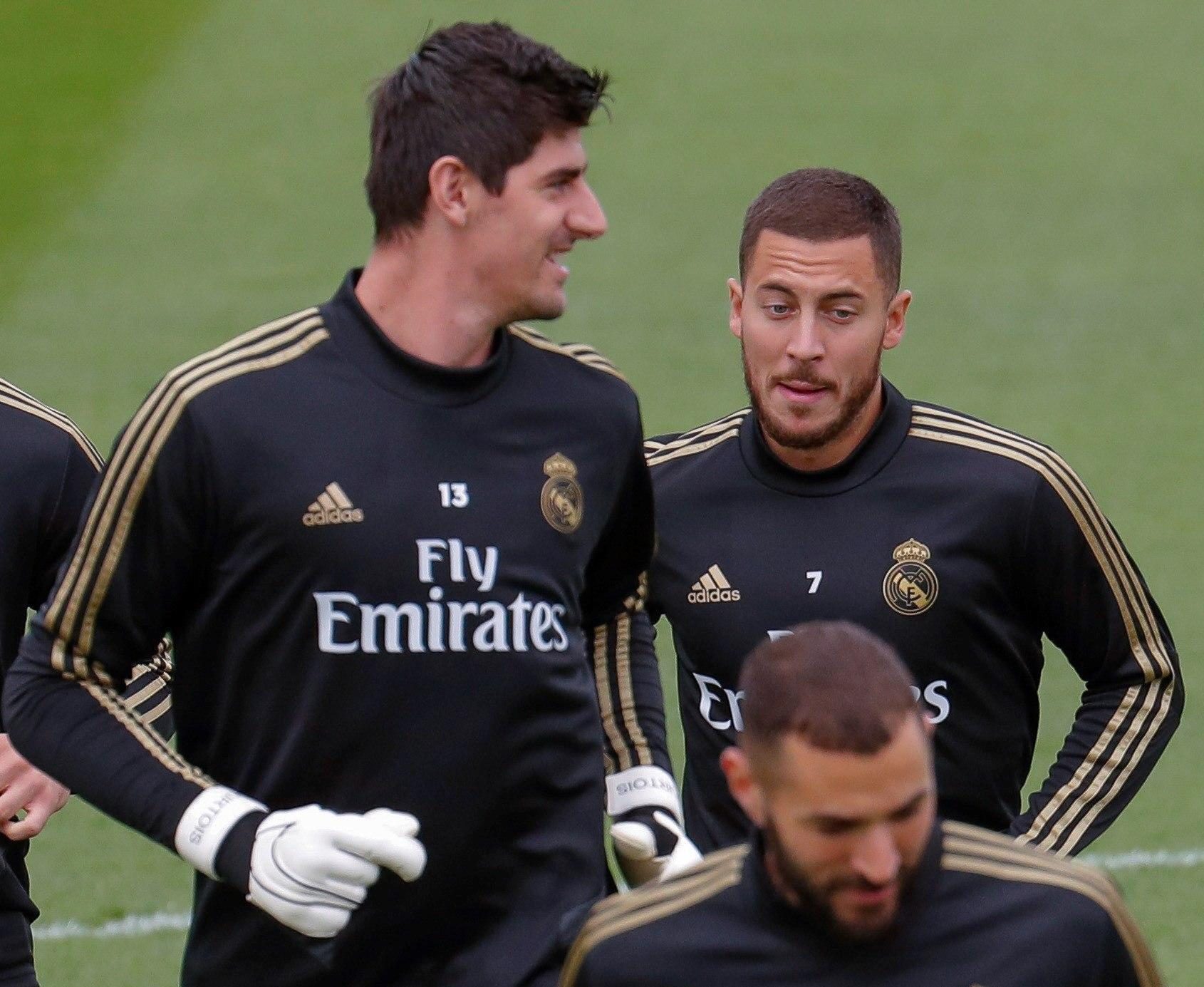 Goalkeeper Courtois made his £38million switch in 2018 before Hazard followed him a year later in a deal that could be worth up to £150m.

But the shot-stopper revealed they were already plotting to line up alongside each other – and even gave the Bernabeu a code name to avoid being caught out.

He told El Mundo: "In the Chelsea dressing room, we were talking about the possibility of playing here.

"Now, we are very eager to win trophies."

Both Courtois and Hazard endured difficult starts to life with Los Blancos after winning two Premier Leagues, the FA Cup and League Cup together in West London.

The former Atletico Madrid goalkeeper was heavily criticised in his debut season after making a string of errors and putting in unconvincing performances.