FOUR men were arrested after police were hit by STREET FURNITURE outside Rangers' clash with Tottenham at Ibrox on Saturday.

The incident occurred close to the Glasgow stadium on Paisley Road West – with one officer requiring medical attention following the violence. 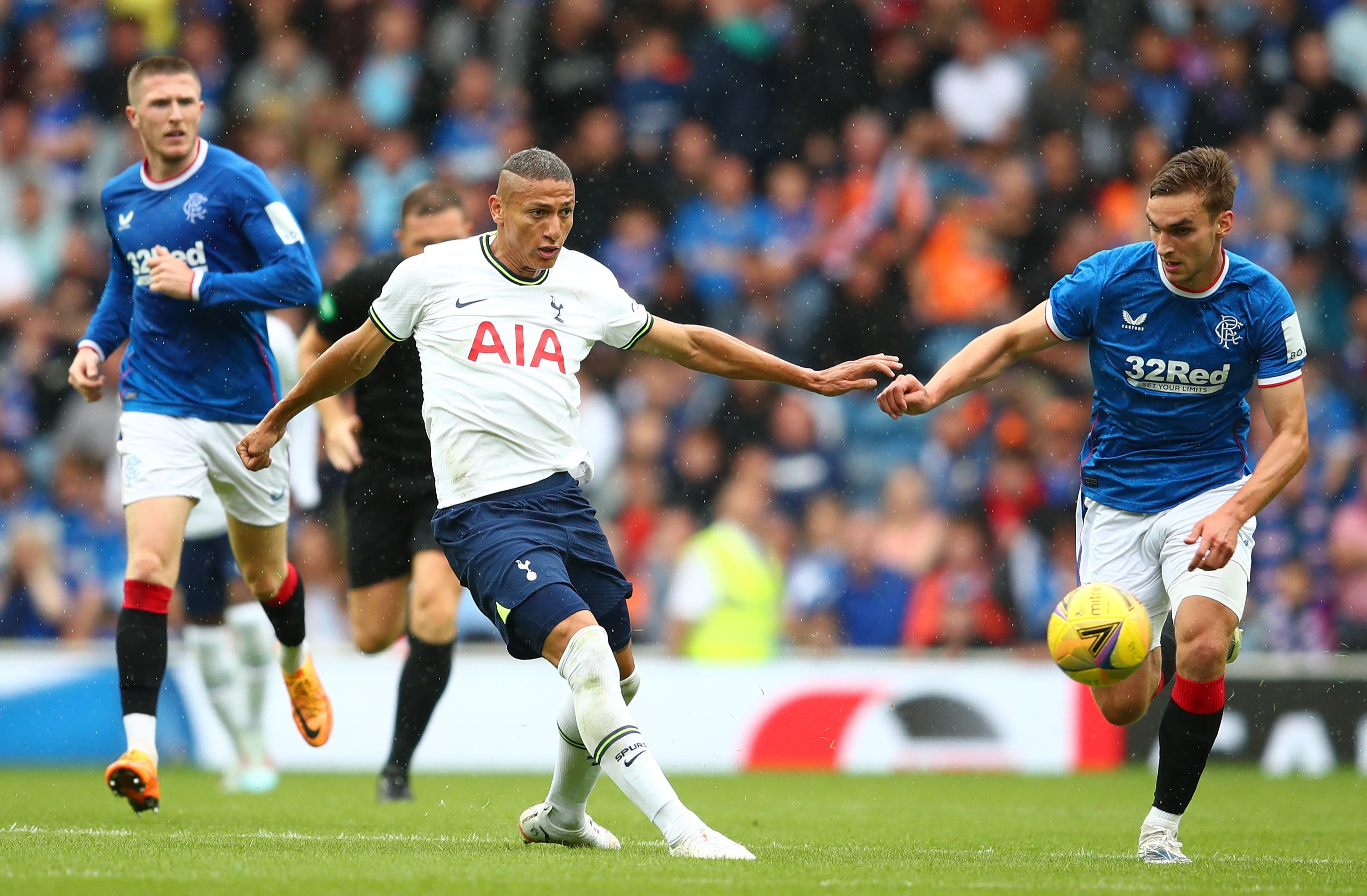 Among the quartet of football fans was a 24-year-old who has been charged with alleged mobbing, rioting offences and police assault.

The other three – aged 25, 27 and 51 – were charged with alleged breach of the peace offences.

"There have been a significant number of football fans intent on causing disorder and violence across the city this afternoon and police officers have had to act swiftly and robustly to ensure public safety and reduce disorder."

Sutherland went on to confirm he had authorised officers to use powers which allow the police to stop and search people when appropriate and necessary.

This can pertain to people in a vehicle or on foot.

Sutherland added: "This power, which is only authorised when absolutely necessary, also allows officers to require the removal of any item the officer believes is being used wholly or partly for the purposes of concealing their identity.

"As we approach the new football season I would make it clear that this behaviour will not be tolerated.

"It impacts other members of the public and the vast majority of football supporters who are in the city to enjoy the game."

These powers remained in force until shortly after 1pm on Sunday afternoon.

Spurs won the match 2-1 at Ibrox, coming from a goal down as Harry Kane struck a second half brace.

It was the penultimate game of Antonio Conte's side's pre-season, with their final friendly match taking place against Roma in Israel on Saturday, July 30.

The Lilywhites' first Premier League game of the season then comes at home to Southampton seven days later.