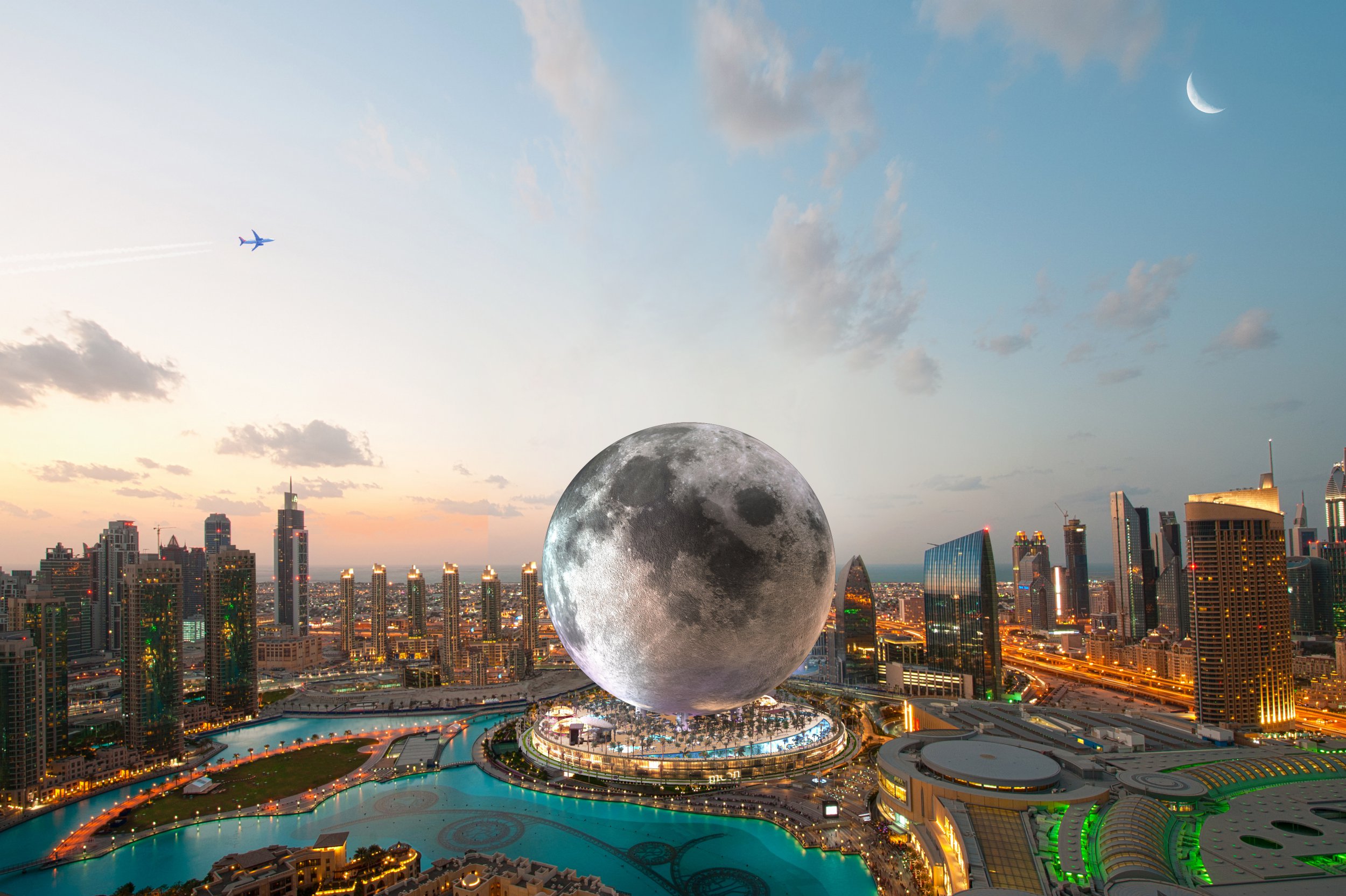 What if you didn’t have to be a NASA astronaut to set foot on the moon?

These luxury destinations will each feature a mock lunar surface and colony, as well as 4,000 hotel suites, set in locations across the globe.

It will supposedly give the feeling of being on the moon; without the lack of gravity, toxic atmosphere, or need to leave the earth at all.

Canadian architectural company Moon World Resorts Inc plan to build four of these mini-moons around the world, one each in North America, Europe, the Middle East-North Africa (MENA) region, and Asia.

It’s been confirmed that the first will be built in Dubai. The Emirati city is already known for its wacky architecture, so this 198m replica of our closest celestial neighbour will fit right in.

The resorts are the brainchild of Michael R Henderson and Sandra G Matthews, who wanted to bring ‘space tourism’ to the masses – for $500 (£427) a pop.

A trip into space would normally set you back hundreds of millions per person and involve weeks of ground-based training, so this is definitely more time and cost-effective.

The creators say: ‘Moon will act as the ultimate bridge, making it possible for everyone to join in the excitement of Space Tourism.

‘As Musk, Bezos, and Branson brilliantly seek out the next frontier; Moon will deliver a dynamic and authentic experience on planet earth; available to all, not merely a few.

‘An amazing, out-of-this-world attraction, Moon will form the “bridge” delivering an affordable and entirely authentic space tourism experience millions of enthusiasts around planet earth have been patiently waiting for; a chance to actually participate’.

It will be free to enter the moon, but the main experience will cost $500.

This is the ‘signature attraction’ of the whole thing: a 90-minute tour of the 10-acre lunar surface, including a visit to an ‘authentic working Lunar Colony.’ and a trip on a shuttle.

When it comes to sleep time, visitors will have their pick of 4,000 hotel suites, or the swanky high-end ‘Sky Villas’ known as ‘The Private Residence at Moon’ for longer stays.

Worth ‘several million’, there are going to be around 300 of these Sky Villas, and owners will be granted access to the exclusive Private Members Club at Moon.

There will also be a theatre, casino (although this is not for certain), health spa, business and convention centre, as well as restaurants and boutiques.

Plans suggest a 48-month build time for the first resort, so you better get saving if you want to experience lunar living from the comfort of our beloved home planet.