Astronauts caught a stunning natural light show this weekend from a comet that has been dazzling stargazers on terra firma as well. Comet NEOWISE, also known as C/2020 F3, first came to astronomers attentions at the end of March.

At this time, the icy lump was faint in the heavens, and experts were unsure this would change.

After so many years, such a dirty snowball is back … and I wanted to capture it from Rome, the Eternal City

Fortunately, the comet has since brightened immensely, much to the delight of skywatchers left disappointed by two other recent comets that faded away.

Dr Gianluca Masi, an astronomer at the Virtual Telescope Project, the world’s leading facility for broadcasting close encounters with near-Earth asteroids, made the most of the arrival by capturing a photo of the comet and the ISS over ‘eternal city’ Rome.

Dr Masi said: “Many years are gone since the last time we spotted a naked eye comet from the city of Rome. 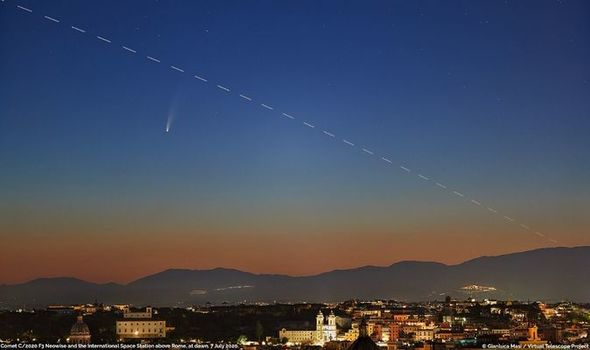 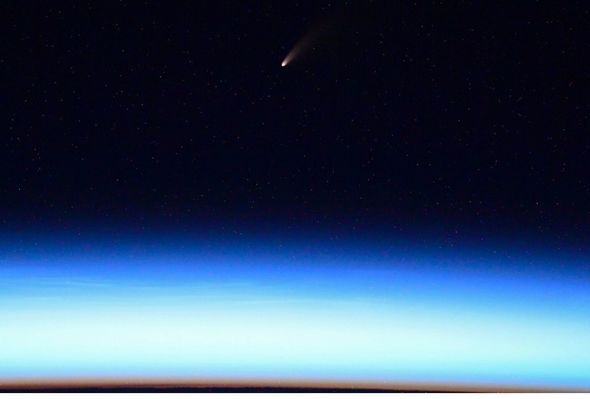 “Comet C/2020 F3 NEOWISE was a joy to look for, an emotion to stare at, and an experience to image above the skyline of the Eternal City, at dawn.

“I have been waiting for a bright comet since 1997, when I said ‘good bye’ to comet Hale-Bopp.

“After so many years, such a dirty snowball is back … and I wanted to capture it from Rome, the Eternal City.

“This also remembering that it was from this City that Seneca argued about the real nature of comets, 2,000 years ago.” 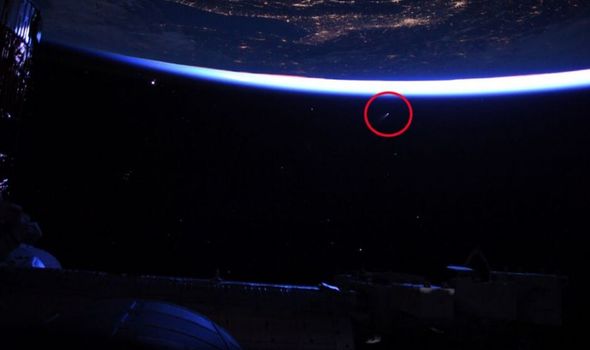 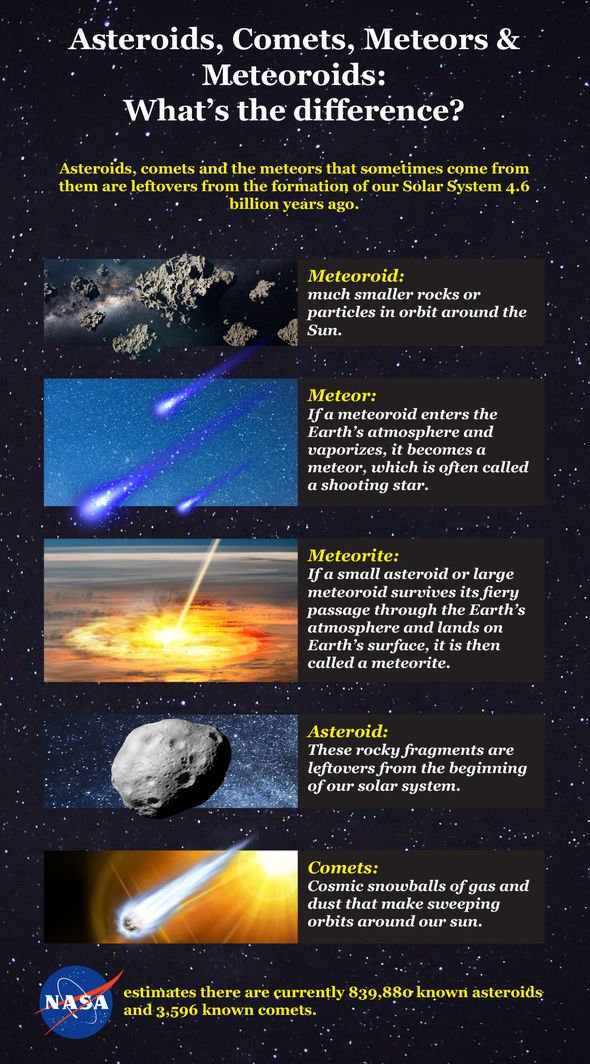 The asteroid expert took the eye-catching image from Janiculum Hill, facing north-east at 3.30am local time.

NASA astronaut Bob Behnken said in a tweet accompanying a photograph posted from the International Space Station on Sunday: “Last night’s fireworks, for real. Because Science.”

This depicts the comet with its tail in stark contrast to the inky blackness of space seen over Earth’s eerie blue atmosphere.

A comet’s tail is created by the Sun’s radiation pushing dust out of the fuzzy blob surrounding the comet as its ice warms and transforms into gas.

Experts remain unsure whether the extraterrestrial ice will eventually become bright enough for its tail to become visible to the naked eye. 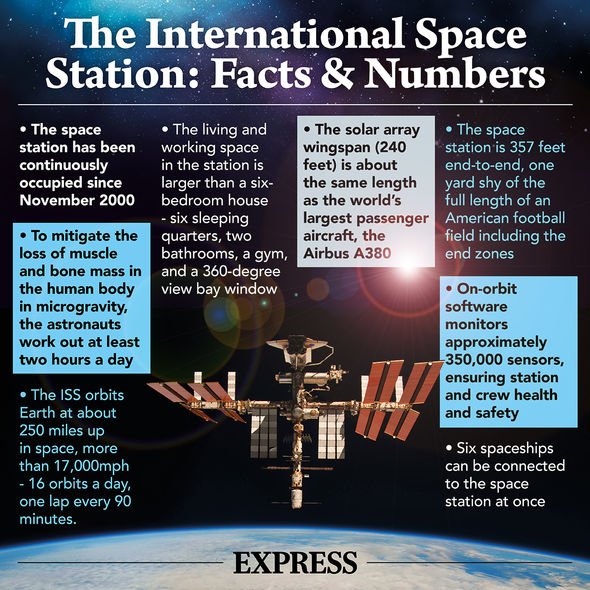 The comet is expected to dazzle throughout the entire month, particularly on its closest approach to Earth, July 22.

Both Vagner and Behnken will remain in orbit on the ISS long enough to enjoy that close approach from space.

Behnken, who arrived aboard the first crewed SpaceX Crew Dragon on May 31, is scheduled to return to Earth with his NASA colleague Doug Hurley early next month.

Vagner and two other astronauts will meanwhile remain in orbit until October.