Target workers at a store in Colorado plan to file unfair practice labor charges against the Minneapolis-based corporation, alleging the seventh largest U.S. retailer by sales is trying to block their efforts to unionize.

Workers in one store in Pueblo allege they have "experienced illegal intimidation, interrogation, threats, and harassment by Target Corporation and store management" while trying to gather enough signatures to file a petition for an official union election, according to Target Workers Unite, an independent group founded by Adam Ryan 2019.

Unions need to garner support from at least 30% of workers who are eligible to vote in order to hold an official election under the supervision of the U.S. National Labor Relations Board, according to the agency's policies.

Representatives for Target and the U.S. National Labor Relations Board did not immediately respond to FOX Business' request for comment.

Store employees are trying to join the United Food and Commercial Workers (UFCW). However, Target Workers Unite is helping the unionization efforts to hold Target accountable for their alleged union busting tactics.

"As Target Workers Unite we are happy to help any Target workers in their efforts to organize, and while we may have differences with UFCW we rather see Target workers succeed no matter who they affiliate with," Ryan said in a statement to FOX Business.

Ryan further noted this is especially important "when challenging billion-dollar corporations and Wall Street firms who do everything they can to stop us from winning living wages and full benefits that would actually improve our lives." 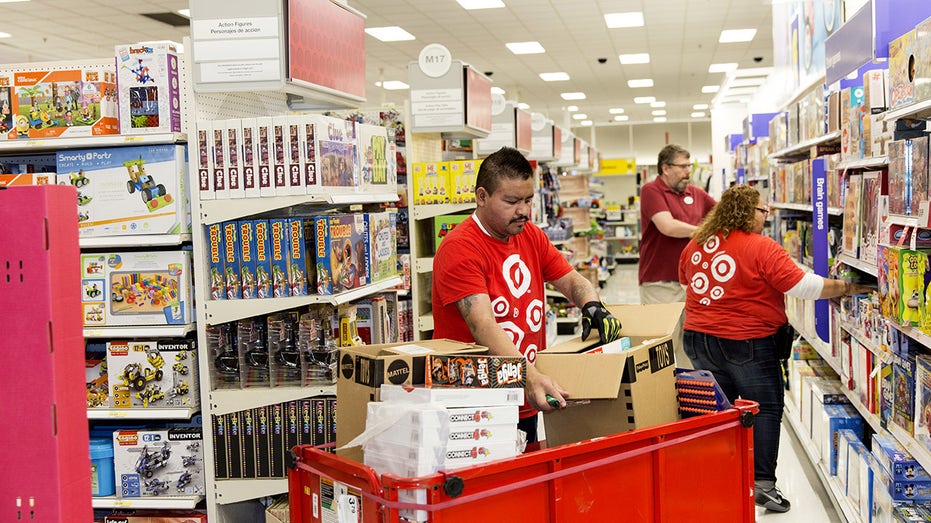 Target Workers Unite allege that management at the Colorado store have been holding captive audience meetings and one-on-one interrogations while also telling workers the store will be closed if they sign authorization cards and vote to unionize, the group said in a release.

A worker at the Colorado store, who asked to remain anonymous, told FOX Business that employees have been dealing with "inadequate staffing, poor wages and inconsistent hours" and that the "union busting tactics have been appalling."

"There is no real open door policy in the store when HR and upper management are not trusted by employees. They give you the option to report to an integrity hotline, but those reports just cycle back to those higher up that are in question," the employee said. "Nothing gets accomplished this way, as there is no one to fight for the employee."

This comes just a few months after workers at a store in Virginia, which are affiliated with Target Workers Unite, filed unfair labor practice charges against the retailer for allegedly "creating a climate of fear and anxiety for workers" after the group attempted to file a petition to hold a union election.