Nuclear bomb tests in the US during the Cold War changed rainfall patterns thousands of miles away in the Shetland Islands, a new study found.

Researchers from the University of Reading studied Shetland rainfall data from 1962 and 1964 as the island is generally ‘unaffected by other man made pollution’.

They compared days with high and low radioactively-generated charge and found clouds were visibly thicker with 24 per cent more rainfall on highly charged days. 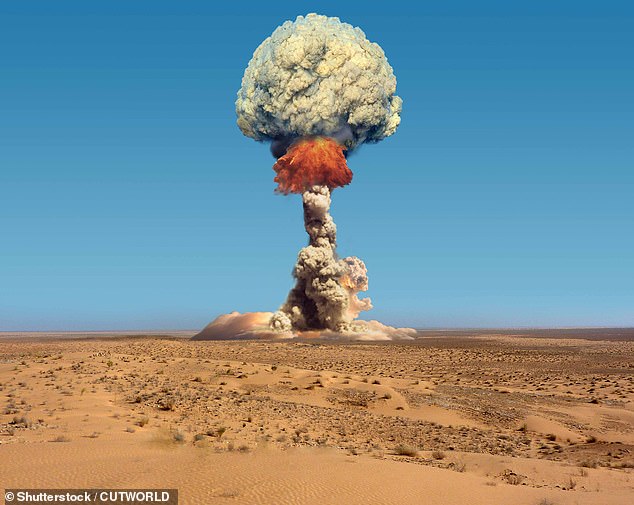 Nuclear bomb tests in the US during the Cold War changed rainfall patterns thousands of miles away in the Shetland Islands, a new study found 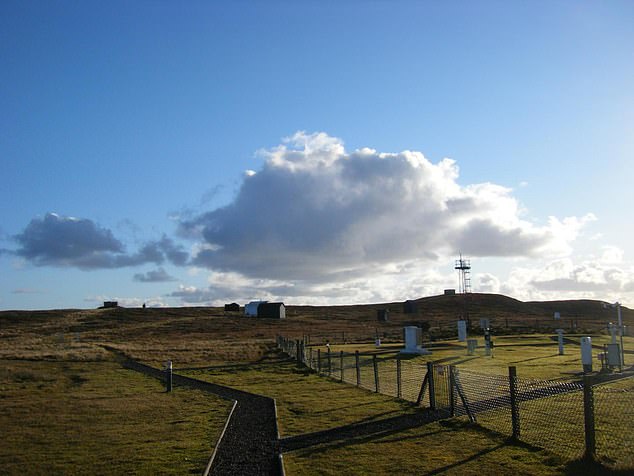 The weather observatory in Lerwick, Shetland Isles, Scotland, where the historic rainfall records were taken. During ‘radioactive episodes’ after tests in Nevada and elsewhere there was a 24 per cent increase in rainfall measured over Lerwick

The idea that radioactive pollution entering the atmosphere from tests can change clouds and how they form has been known since the 1950s but this study is the first to look at the impact of the tests on rainfall patterns.

“The politically charged atmosphere of the Cold War led to a nuclear arms race and worldwide anxiety,’ said Harrison.

‘Decades later, that global cloud has yielded a silver lining, in giving us a unique way to study how electric charge affects rain.’

It has long been thought that electric charge modifies how water droplets in clouds collide and combine and this study helps prove that theory.

The charge affects the size of droplets and influences rainfall – by combining the bomb test data with weather records, the scientists were able to investigate this.

These changes have been difficult to observe from modern-day weather data which is why the team turned to the radioactive legacy of the Cold War arms race.

Through learning more about how charge affects non-thunderstorm clouds, it is thought that scientists will now have a better understanding of weather processes.

The race to develop nuclear weapons was a key feature of the Cold War, as the world’s superpowers sought to demonstrate their military capabilities after WW2.

Although detonations were carried out in remote parts of the world, such as the Nevada Desert in the US, radioactive pollution spread throughout the atmosphere.

Extra rainfall is caused by increasing electric charge in clouds

This charge then attaches to the water droplets in the clouds

These tiny droplets are more likely to attract and collide when charged, and so they combine and grow in size

Radioactivity ionises the air which then releases electric charge.

Located 300 miles north west of Scotland, the Shetland site was relatively unaffected by other sources of man made pollution.

Atmospheric electricity is most easily measured on fine days, so the Kew measurements were used to identify nearly 150 days where there was high or low charge generation over the UK while it was cloudy in Lerwick.

The Shetland rainfall on these days showed differences which vanished after the major radioactivity episode was over.

The Reading team, led by Harrison, have been experimented on droplets in clouds and how they are charged by electricity – saying it is common to all clouds.

‘Droplets colliding is an important aspect of how small droplets grow to become raindrops, but whether the charge can ultimately influence rainfall is very difficult to prove,’ Harrison said. 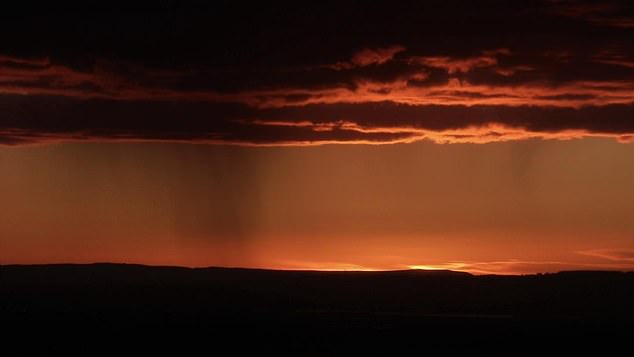 ‘We therefore looked at the period of atmospheric nuclear weapons tests, which led to widespread transport of radioactivity, and therefore electrical charge.

‘Studying rainfall observations during this period allowed us to see if the charge had weather-related effects,’ he said.

The weather patterns are changed because the radioactivity leads to the release of electric charge in air that then in turn attaches to water droplets in clouds.

This increased charge changes how the droplets stick together and how they then grow into raindrops – thus increasing or changing the amount of rainfall.

The findings may be helpful for cloud-related geoengineering research, which is exploring how electric charge could influence rain, relieve droughts or prevent floods, without the use of chemicals.

In fact Professor Harrison is working with a team from the United Arab Emirates on aj project to use drones to deliver electric charge to clouds and cause rain to fall in desert areas.

At the moment chemicals are added to clouds to produce rainfall but they leave a residue behind – this would be a natural process.

The findings were published in the journal Physical Review Letters.