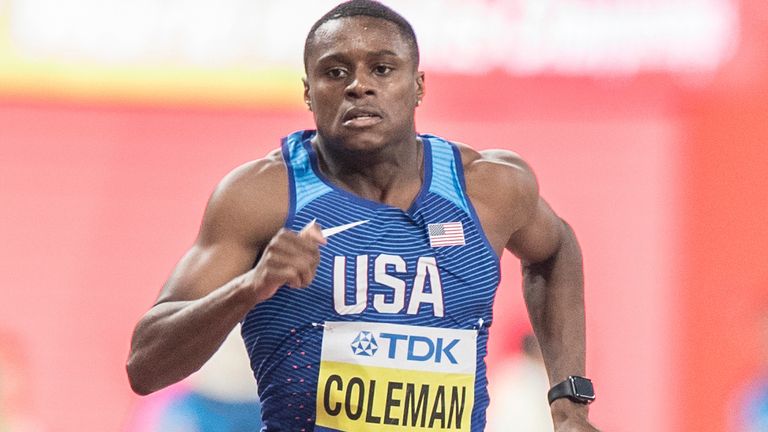 World 100m champion Christian Coleman had his two-year ban for breaching anti-doping whereabouts rules reduced to 18 months by the Court of Arbitration for Sport (CAS) on Friday but will still be ineligible for the Tokyo Olympics.

Coleman’s ban, which was due to run until May 13 2022, will now end on November 14, meaning he will miss the Games which take place from July 23 to August 8, but can return to competition in time to defend his world indoor and outdoor titles next year.

The sprinter had been handed a two-year suspension by an independent tribunal of track and field’s Athletics Integrity Unit (AIU) in October last year.

He appealed against his ban in November.

“Christian Coleman’s appeal was partially upheld and he will serve a reduced period of ineligibility of 18 months as from May 14 2020,” CAS said in a statement on Friday.

CAS said its Panel had determined Coleman had committed an anti-doping violation but found his “degree of negligence to be lower than that established in the challenged decision”.

Three failures in a 12-month period to be at a location provided to anti-doping officials is considered a doping violation.

Coleman, who won the 100m world title at the 2019 Doha world championships in 9.76 seconds and had been the hot favourite for Olympic gold in Tokyo, said he was disappointed that he would miss the Summer Games.

“While I appreciate that the arbitrators correctly found that I am a clean athlete, I am obviously disappointed that I will miss the Olympic Games this summer,” said Coleman in a statement.

He said he would now focus on next year’s world championships, which will be staged in the United States for the first time.