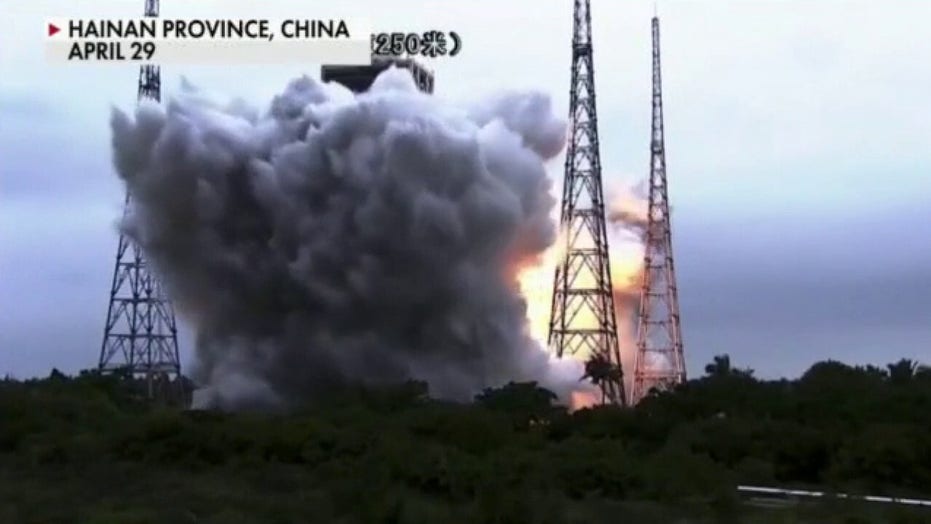 Enormous Chinese rocket could crash back to Earth

The massive core of a Chinese rocket used last week in the launch of the first leg of its space station is expected to reenter the Earth’s atmosphere on May 6, a report said.

SpaceNews, citing early tracking predictions, reported Tuesday that a spokesman from the U.S. Department of Defense said the agency is aware of the rocket and is tracking its location, “but its exact entry point into the Earth’s atmosphere cannot be pinpointed until within hours of its reentry, which is expected around May 8.”

The statement said the department will continue to give updates.

The website estimated that the roughly 100-foot object is orbiting Earth every 90 minutes and zips past north of New York, Beijing and as far south as New Zealand.

The report said that despite the threat it is most likely to splash in one of the world’s oceans or in an isolated area.

Jonathan McDowell, a spaceflight observer, told the website that since 1990 there have been no instances of any spacecraft over 10 tons that have “been deliberately left in orbit to reenter uncontrolled.”

The report said the rocket’s core stage, when empty, is about 21 metric tons in mass. (You can track the rocket here.)

“It’s potentially not good,” McDowell said, according to The Guardian. “Last time they launched a Long March 5B rocket they ended up with big long rods of metal flying through the sky and damaging several buildings in the Ivory Coast.”