Serhant founder and CEO Ryan Serhant assesses the real estate market and discusses what’s behind the tumble in U.S. mortgage applications on ‘The Claman Countdown.’

A multimillion-dollar home that reportedly belongs to Cher has been listed with an eight-figure price tag.

Perched on a Malibu bluff overlooking the Pacific Ocean, the luxury property includes a 13,200-square-foot main house and a separate gatehouse that serves as a guest house, according to The Wall Street Journal.

The current asking price for the home is $85 million, and it’s been listed by Robert Cass and Drew Fenton, two estate directors at the Los Angeles-based boutique brokerage Hilton & Hyland, the business newspaper reported.

FOX Business reached out to Cass, Fenton and Hilton & Hyland for comment. 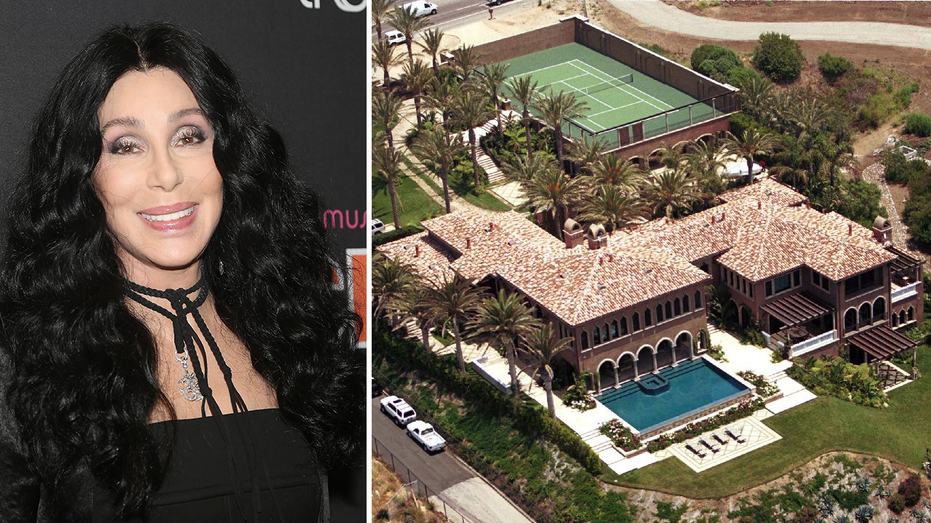 Cher reportedly built her Malibu mansion on a scenic bluff that overlooks the Pacific Ocean, according to The Wall Street Journal. (Bruce Glikas/Bruce Glikas/FilmMagic and Jason Kirk/Getty Images / Getty Images)

Cher reportedly paid $2.95 million for the 1.7-acre property in 1989, and it took five years to build the Venetian-inspired home, according to The Wall Street Journal.

The seven-bedroom gated home is near the Pacific Coast Highway (AKA California State Route 1) and aerial photos reveal it has striking ocean-facing arched doors and windows, a palm tree-lined driveway, an infinity pool and a tennis court.

The home’s builder was J. Wallace Tutt III and fine materials were used in its construction, such as European limestone and marble, bronze and hand-distressed mirrors, according to Architectural Digest.

Moroccan- and Indian-style elements have been used to decorate the interior of Cher’s home, including ceiling motifs, lighting fixtures and stenciled silk-clad walls and drapery that resemble henna tattoos, the architecture magazine reported.

Cher last put the home for sale in 2009 and it was listed for $45 million, according to The Wall Street Journal.

The Malibu mansion isn’t the first property of Cher’s to receive an $85 million price tag.

The "Believe" singer’s Beverly Hills estate which she built in the 1970s with a similar Moroccan style was listed for the same amount six years ago by Aaron Kirman, a Los Angeles-based real estate agent and investor.