Last Friday pro kickboxer son Jake, defying all the odds already after being born without his right hand, helped his wife endure a mammoth 50-HOUR birth. 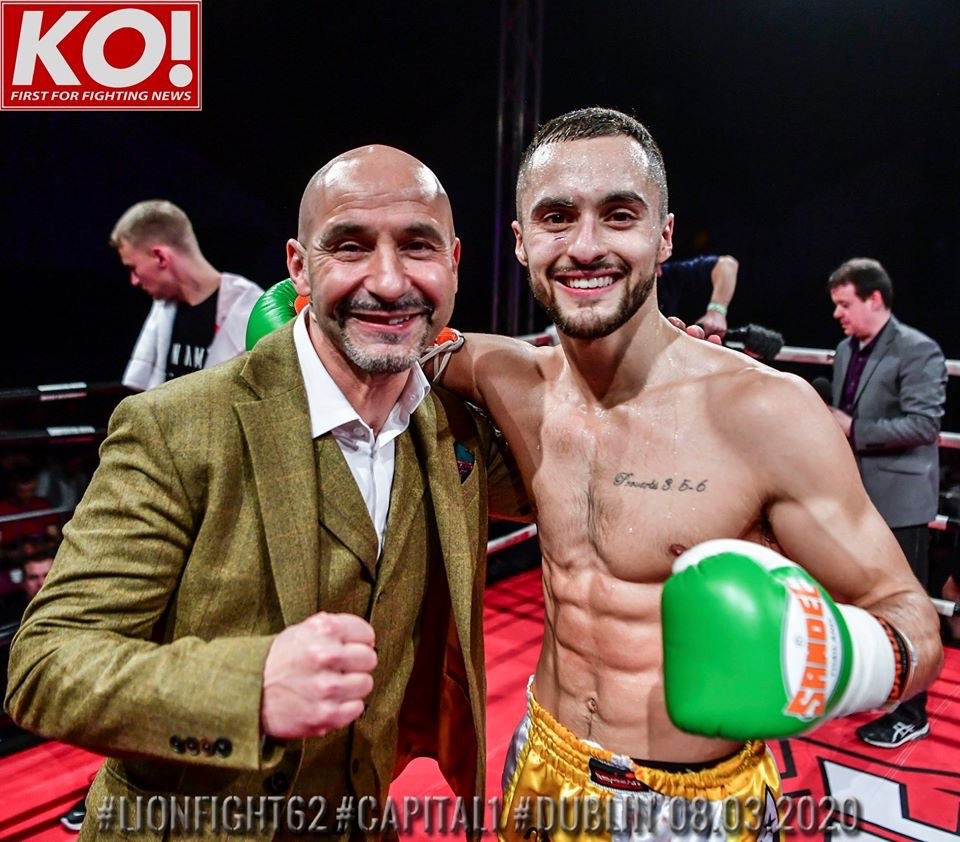 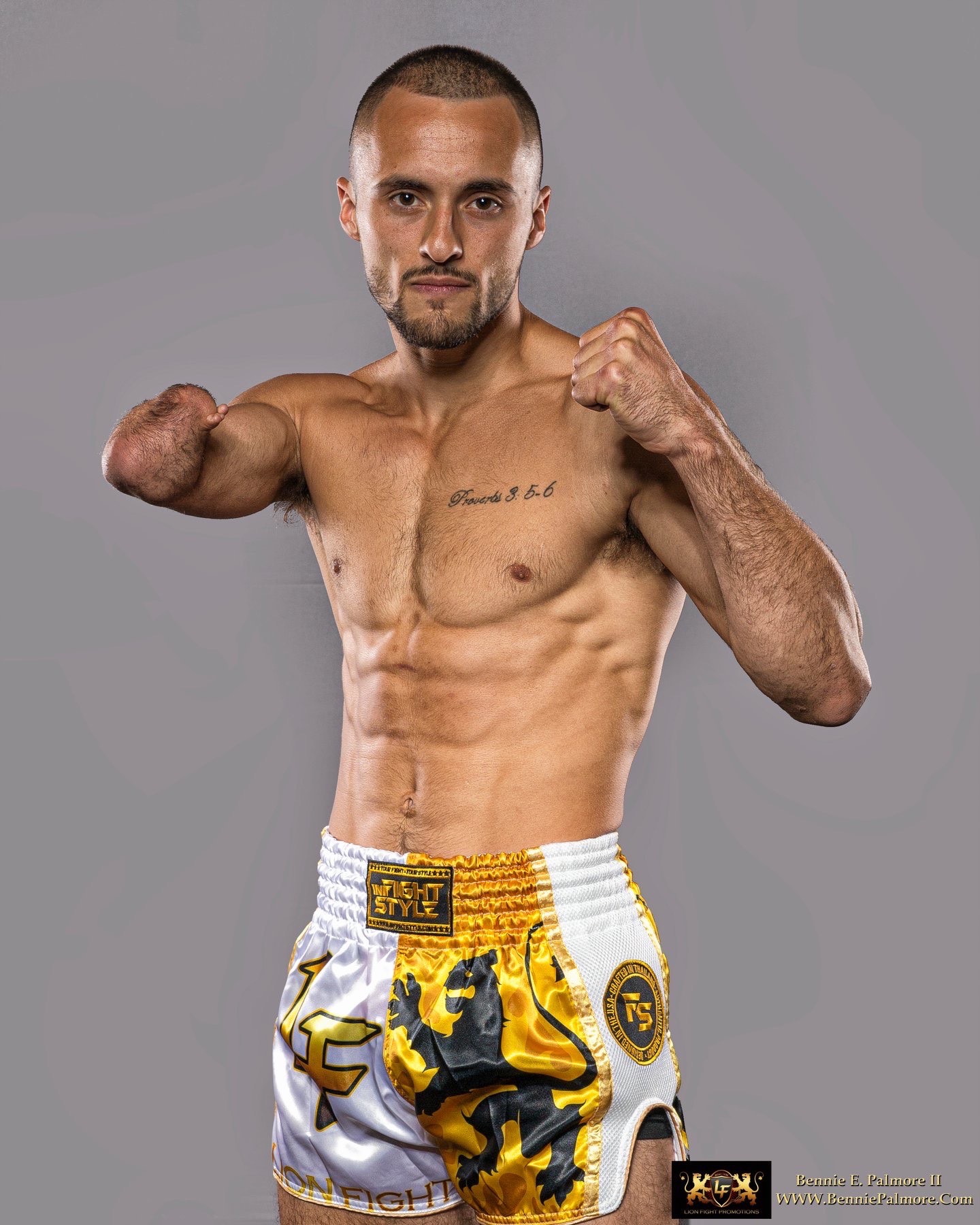 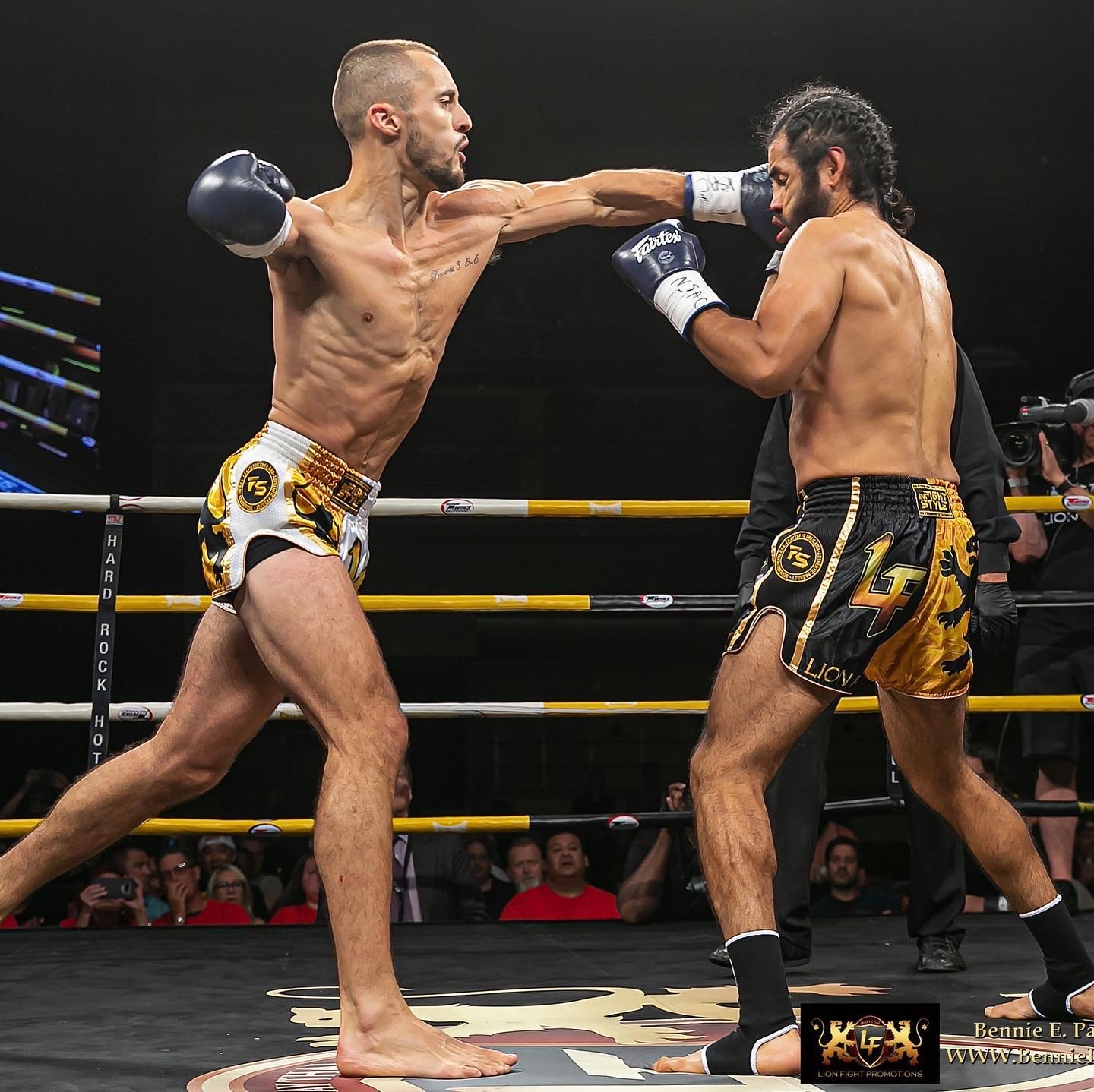 When SunSport called the ex-QPR and Chelsea ace – who swapped the pitch for the pulpit to become a Christian pastor – to arrange a chat about the 4-0 fighter in the family, Peacock beamed with pride before casually mentioning his first grandchild was 30 hours into his debut.

Thankfully the home birth eventually had a wonderful ending and little Charlie Peacock was in full voice in the background of this week's Zoom call.

But then these Peacock boys are made of special stuff.

Jake’s own 48-hour marathon birth came after a single grainy ultrasound failed to spot a thread of the amniotic sac inside mum Amanda had come loose and wrapped around his right limb, preventing it from growing completely in a 10,000-1 stroke of bad luck.

But the fearless boy was thrown into swimming pools, football teams, karate dojos and world championships and now runs his own Calgary gym, named Dunamis after the Greek term for ‘power, force, or ability’.

It sounds like the perfect grounding for a new parent and a real fighter.

“My mum and dad have always been fantastic,” the 27-year-old Muay Thai star and former social worker said.

“They didn’t know I was going to be born with one hand so it came as a huge shock to them but they never babied me, they never stopped me from trying things.

“I grew up just working things out for myself and I haven’t found any limits yet."

Little Charlie chose to enter the world on February 12 at the exact time daddy should have been having his fifth pro fight in Cheyenne, Wyoming. 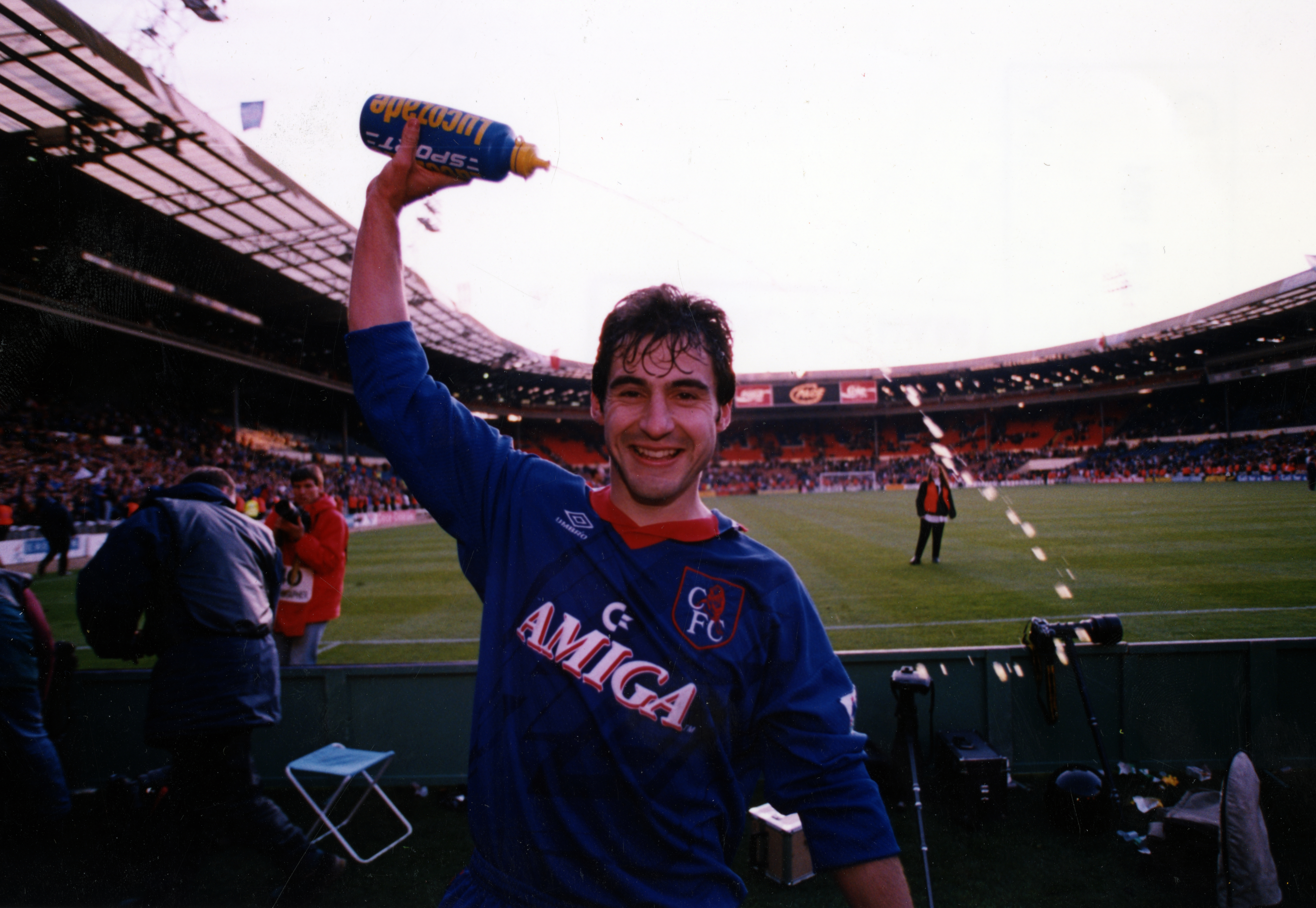 And it would have been his first bout broadcast on the UFC Fight Pass network that reaches 174 countries, with close to 250,000 subscribers.

Travel restrictions meant he was facing a 900 mile drive, over 15 hours, before fate struck him down with an injury.

It was fortunate for wife Christa to not be left alone and lucky perhaps for his opponent as Jake has turned his supposed disability into a brutal advantage.

“I can’t throw all the conventional shots,” he told SunSport. “So I do things differently, my range in a fight is usually different to my opponents.

“I use my legs a lot to get me in on the inside and when I get in range, I can do damage with my right arm, I can use it like a jab or like an elbow and when I connect I hit hard.

“Using my brain is what has helped me as a fighter and as a trainer as well.

“Because I was born with one hand, I think outside the box a lot and that usually means I can help people overcome some of the things they are struggling with.” 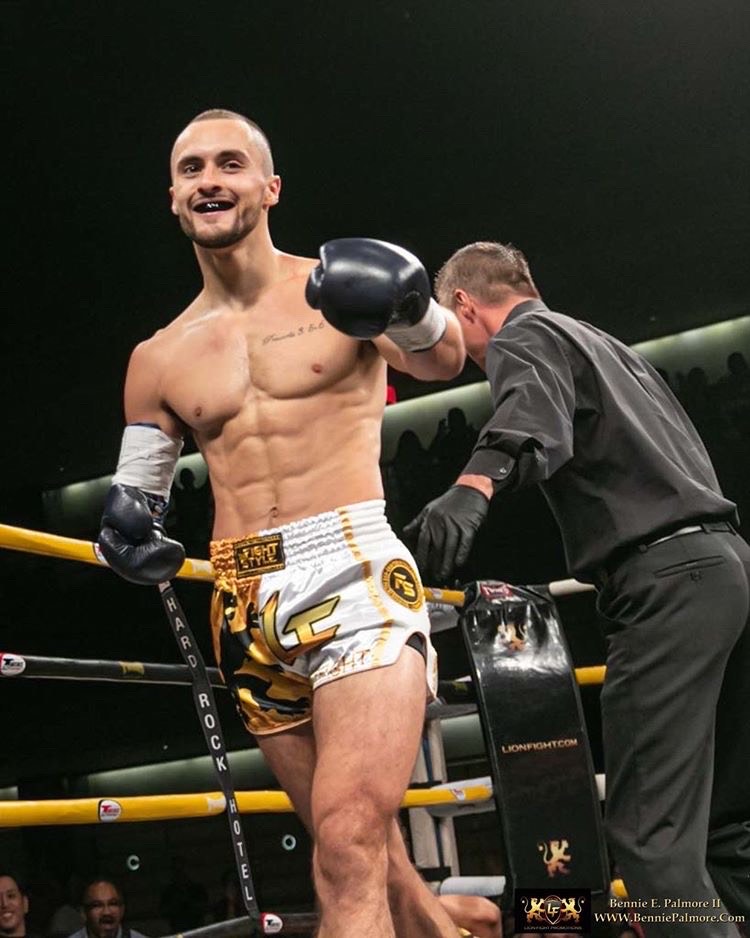 Jake’s prowess as an athlete and impressiveness as a person have been passed down through the genes.

Before dad swapped the Prem for the pulpit as a Christian pastor, his father Keith became a Charlton legend with over 500 appearances.

The sink-or-swim ruthlessness of professional football seems at odds with Christianity’s virtues of charity and compassion.

But hearing Gavin explain he and his wife’s tough-love approach to Jake and his sister Ava is to learn how the two can be perfectly entwined.

Gavin said: “Jake was the first baby in our family for 20-odd years and he came out a fighter.

I saw that half of his arm was missing, which took me from the highest high to the ground moving beneath me."

“We needed forceps and the umbilical cord was wrapped around his neck twice and then I saw that half of his arm was missing, which took me from the highest high to the ground moving beneath me.

“We decided to never mollycoddle our children, because life is full of hardships and suffering and if you shield your child from that then they will crumble at their first experience of it away from your protection.

"We let Jake get on with things and he learned everything his own way.

“One day I watched him fight a boy who was bigger and better than him, Jake knew he was going to get a pasting but he never stopped trying.

“I told him on the way home that that fight had shown me more about his courage and commitment than any of his previous victories and I knew then he would be OK.”

University-educated Jake does not even consider his missing hand a disability and will never let it define him in or outside the ring.

But his father is immensely proud of the message he is modestly sending with his fighting spirit.

“Jake wants people to talk about him as a really good fighter, not 'the fighter with one hand." the ex-Newcastle and Chelsea midfielder said.

"But the fact is that he has one hand and that does make it even more amazing.

"He does not like to make a big deal out of it but we are all so proud of him.”