CESC FABREGAS handed a snub to pal Lionel Messi and superstar Cristiano Ronaldo – and admitted if he was a manager he would sign wonderkid Kylian Mbappe instead.

The former Barcelona, Arsenal and Chelsea midfielder revealed who would be his top buy if he could bring anyone in and money was no object, and believes Mbappe is the new Thierry Henry. 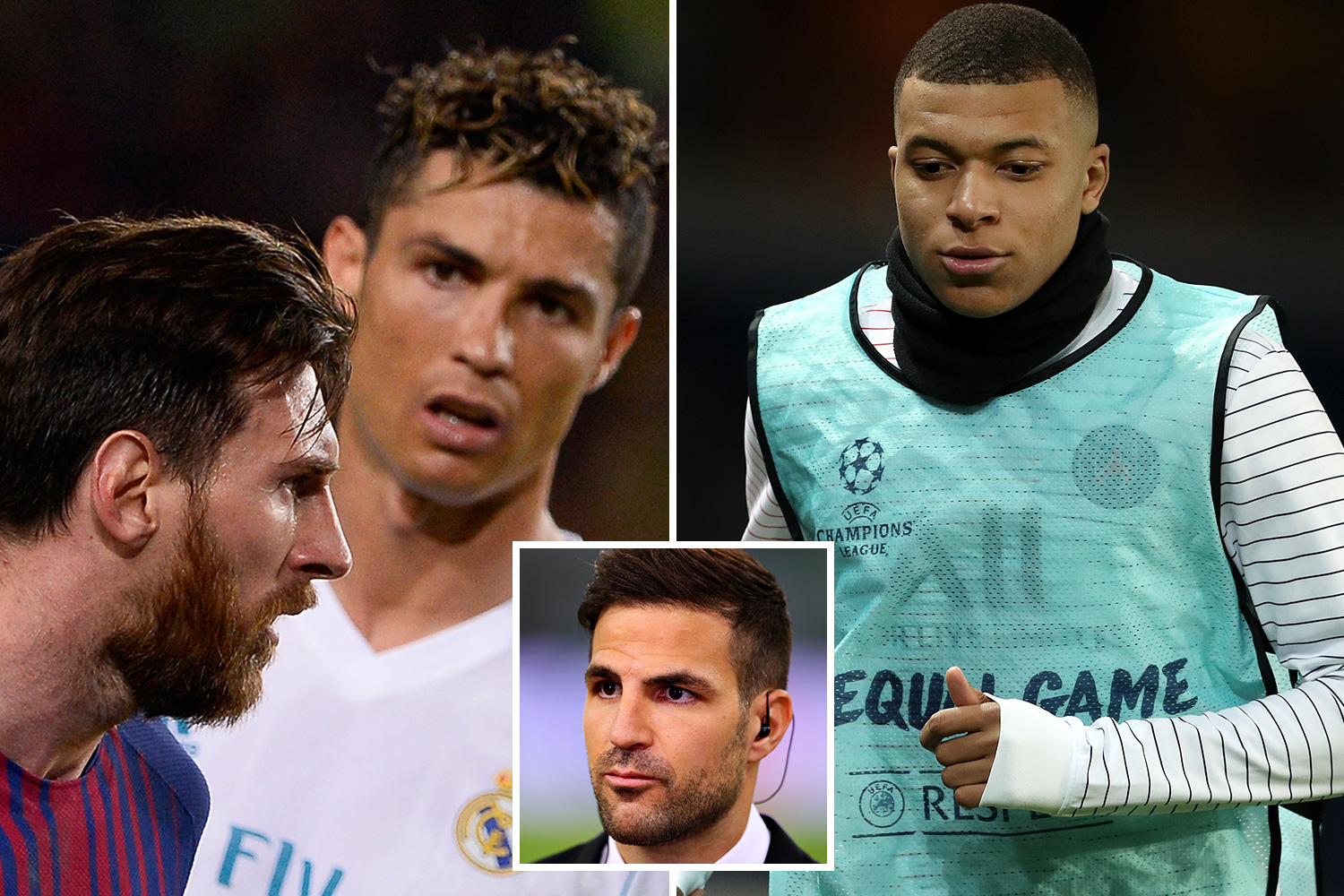 France superstar Mbappe has been heavily linked with a £250million move to Real Madrid from Paris Saint-Germain.

Monaco midfielder Fabregas is currently waiting for the Ligue 1 season to resume in France after coronavirus brought football across most of the world to a halt.

The 32-year-old spoke to Spanish radio station Cadena Cope when he unveiled who would be his priority signing if he was manager of a club.

Fabregas played alongside Messi for three silverware-laden seasons after his £30m move from the Gunners in 2011.

But he would not make the 32-year-old Argentine a top signing now, nor would he bring in 35-year-old Juventus and ex-Real Madrid star Ronaldo.

The pair have 11 Ballon d'Ors between them – but clearly Fabregas is looking to youth and puts old friendships aside to bring in the future in the shape of 21-year-old World Cup-winning France striker Mbappe.

Fabregas said: "Cristiano is 35 and Leo is going to turn 33, they are older.

"For youth, talent, desire and mentality, I would sign Mbappe.