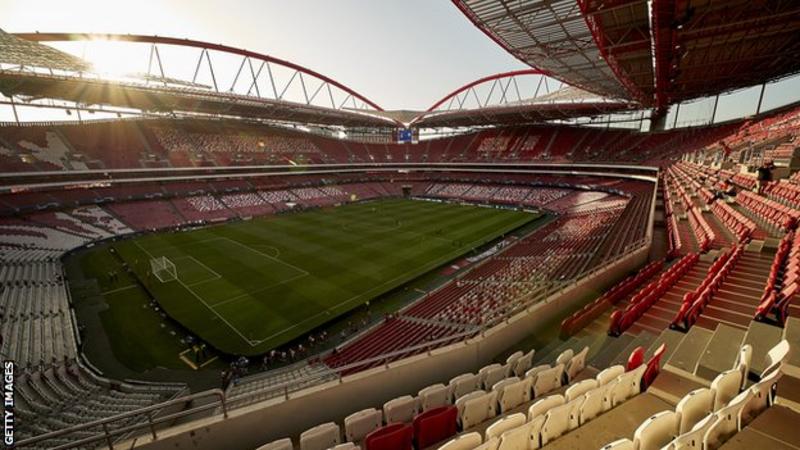 Plans to finish this season’s Champions League and Europa League will be discussed at a meeting of Uefa’s executive committee on Wednesday.

The Women’s Champions League is set to take place in northern Spain.

However, there has been disagreement about how the outstanding last-16 ties in the men’s competitions be resolved.

It is possible that some teams may have to give up home advantage in their Champions League and Europa League last-16 second-leg ties.

That could most affect games where there was a narrow first-leg result, such as Manchester City, who beat Real Madrid 2-1 at the Bernabeu Stadium in the first leg of their Champions League tie, and Wolves, who drew 1-1 at Olympiakos in the Europa League.

Many clubs want to preserve home advantage for the second legs but Uefa is concerned that attempting to play the men’s matches in eight countries rather than two increases the risk of games being postponed because of the coronavirus pandemic. They would prefer to move the ties to the countries where the latter stages are being played.

If there is no consensus before Wednesday’s meeting, Uefa could delay a decision to see what the latest health situation in the respective countries is nearer the planned resumption of the tournament at the beginning of August.

The Champions League final is set to be played in Lisbon on 23 August, with the Europa League final likely to be held in Cologne two days earlier.

The Women’s Champions League, where Arsenal and Glasgow City have already reached the last eight, will be held in Bilbao and San Sebastian at the end of August.

In addition to this season’s tournaments, the meeting will also discuss how the complicated qualifying system for the 2020-21 club competitions are going to work.

It is anticipated Uefa will have a six-week window to complete its qualifiers, which normally involve more than 200 two-legged ties and all 55 member nations at some stage in the five rounds of competition.

Recognising that for the majority of clubs, the qualifiers represent the extent of their involvement in European competition, Uefa would only cut the access list as a last resort.

However, even though they expect 38 countries to have restarted their seasons by the end of June, and 17 of them with some level of supporters in the stadium, it is acknowledged significant contraction of the schedule will be required, with some rounds being played as single ties.

It would then have to be decided whether the games would be played on neutral grounds or at the home of one of the teams in each tie. It has been suggested the decision should be made on co-efficient. More likely it is by a straight draw, although decisions over whether to retain the away goals rule to decide drawn ties, or let fans into stadiums in the countries that allow it would still have to be made.

The scope for playing qualifiers is restricted because Uefa is insisting on the September international break remaining in the calendar, even though this is immediately before the 12 September date both the Premier League and La Liga are looking at for the start of their new season. If Uefa sticks to this ideal, clubs are likely to object.

Uefa wants to start the Nations League in that slot, with the Euro 2020 play-offs, involving Scotland, Northern Ireland and the Republic of Ireland, being played in October and November, both of which are set to feature ‘triple headers’.