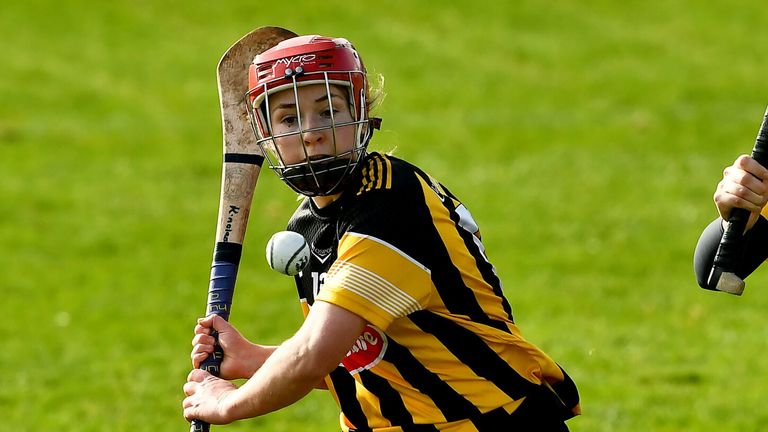 A round-up of the weekend’s Liberty Insurance Senior Camogie Championship action, as Kilkenny and Tipperary secured their places in the knockout stages.

Not for the first time, Cáit Devane was the match winner for Tipperary with a contribution of 1-6 needed to see off a very competitive Dublin.

Her 13th-minute goal was probably the crucial score, as the Metropolitans were leading by a point and moving well when the Premier totem reacted quickest after Nicole Walsh’s shot for point came back off the upright.

To give them credit, Dublin remained unbowed, and Sinéad Wylde split the posts twice to keep them in touch at the break, trailing by just 1-5 to 0-5.

Former All-Star Aisling Maher converted five frees in the second half to bring her tally to seven and although disappointed they lost, Dublin will take plenty of positives from their opening tie of the campaign as they prepare for next week’s outing against Clare, with a quarter-final position on the line.

Westmeath were brought back to earth with a bump by a ruthless Kilkenny, who almost assured themselves of a place in the All-Ireland semi-final with a 31-point victory at John Locke’s GAA grounds in Callan.

Last year’s Intermediate champions had beaten Limerick last week in their first ever appearance in the top tier and it was a compliment to them that the Noresiders took their threat seriously from the outset.

It was a bridge too far, however, as Brian Dowling’s outfit flew out of the traps and were 13 points clear by the end of the opening quarter.

But Kilkenny, who had given championship debuts to six players in their first-round defeat of Waterford last week, remained unperturbed and official player of the match Miriam Walsh drilled a goal less than four minutes later, having been put through by Katie Nolan after good work by Anne Dalton.

Aoife Doyle lobbed Fiona Keating brilliantly from the next attack, after blocking the Westmeath goalie’s attempted clearance and within seconds, was setting up Walsh for her second unmissable goal chance.

Johnny Greville’s crew defended better from there but conceded two further goals just before the interval, Walsh completing her hat-trick after Denise Gaule’s run through the middle had been spotted brilliantly by Dalton, and then Doyle racing onto Lydia Fitzpatrick’s delivery in behind the Westmeath full-back line to bury to the net from close range.

That left it 5-11 to 0-2 a half-time but the Lakesiders improved after the resumption, as both sides made changes in personnel.

Denise Gaule brought up a sixth goal early in the second half and along with Walsh and Dalton added points.

Denise McGrath battled well for a welcome goal for the visitors just at the three-quarter mark, after latching on to Sheila McGrath’s puck. Pamela Greville tagged on a few points as Westmeath continued to battle but by then, it was a case of job done for Kilkenny. Limerick were the livelier side in the cagey opening exchanges, taking the lead from a fourth minute free by Caoimhe Costelloe, who provided eight of her side’s points.

The homesters settled and moved two clear with a brace from Beth Carton as well as a Sarah Lacey point but two fantastic scores by Niamh Ryan and Costelloe brought the sides level.

Underage basketball international Abby Flynn restored Waterford’s lead with her first point in Senior Championship, before Niamh Rockett lived up to her name with a resounding finish for a goal in the 21st minute.

Rockett, who was named Player of the Match, was placed by a cross-field pass by Beth Carton, who had gathered possession adroitly from a ruck of bodies. The St Anne’s attacker showed good strength to ship a tackle before unleashing a piledriver to the roof of the Limerick net. That emboldened Fergal O’Brien’s crew and they led by 1-9 to 0-4 at half-time.

Waterford raced clear in the second half leading by 10 points by the time Rockett benefited from another delightful bit of control by Carton, and subsequent pass, to record her second major with another emphatic finish in the 58th minute.

The result sees the Déise girls set up a winner-takes-all clash away to Westmeath in a fortnight with a quarter-final berth the prize.