Victorian builders warn a two-year extension on compensation claims for removal of flammable cladding could result in further insolvencies and losses to the state’s economy.

The state’s peak building association has written to the state government calling for changes to planned legislation that would give Victorian home owners an extra two years to pursue legal action against builders.

A bill before the Victorian Parliament increases the time limit on compensation claims from 10 to 12 years. 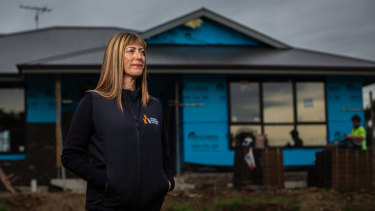 “Apartment owners are in this situation through no fault of their own and it’s only right they have as much time as possible to pursue compensation through the courts,” Planning Minister Richard Wynne said this month.

But Master Builders Victoria chief executive Rebecca Casson said the change would make builders vulnerable to claims they could neither have foreseen nor protected against.

She said imposing the legislation retrospectively would mean builders no longer had the opportunity to notify insurers of claims under policies protecting them against cladding-related disputes.

“Since the collapse of the professional indemnity market, policies are only available that exclude cladding-related claims,” Ms Casson said in a letter to Mr Wynne.

“While it aims to protect consumers, claims against practitioners who have not been afforded the opportunity to protect themselves will result in further insolvencies and greater losses for the Victorian economy.”

Ms Casson urged the government to immediately reconsider implementation of the bill and focus on the urgent problems of survival and recovery from the COVID-19 pandemic.

Problems with flammable cladding were exposed in Victoria after the 2014 Lacrosse building fire in Docklands. The danger was tragically illustrated in the Grenfell Tower fire in London in 2017, when 72 people died. 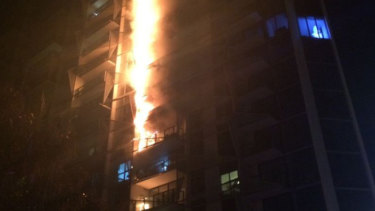 The Victorian government last year committed $600 million to rectify dangerous cladding on hundreds of high-risk buildings and vowed to chase builders through the courts on behalf of owners in the most serious cases.

A government taskforce had previously identified 432 extreme or high-risk buildings in need of repair.

Hubert Wajszel, an insurance lawyer who specialises in construction litigation, said most builders would have notified insurers about any projects they had been involved in over the past 10 years that could give rise to a cladding claim.

He said they faced the prospect of not being covered for any new notification which would be excluded in professional indemnity policies.

“Ultimately if there is no insurance cover, home owners may well miss out,” Mr Wajszel said.

“They might get a judgment against a builder, but if the builder doesn’t have the means to meet that judgment and there is no insurance, they will lose out.”

Mr Wajszel said the definition of “cladding building actions” in the legislation was broad and could apply to problems with water-proofing, for example, as well as flammable cladding.

He said the legislation would make the insurance industry more reluctant to insure builders.

“Ultimately we have a situation where most insurers aren’t offering insurance to building practitioners, a lot of which can be attributed to the cladding crisis.

“The additional two years may expose them to greater risk of claims being made, so why would they want to provide insurance?”