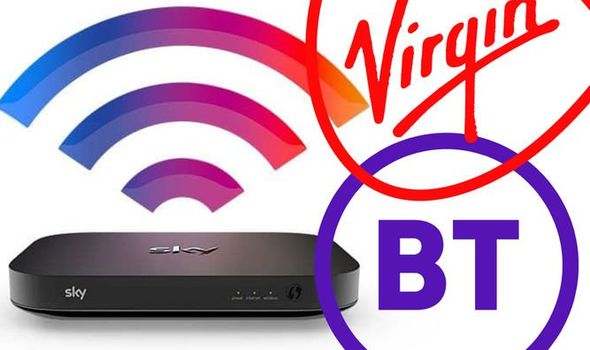 BT, Virgin Media and Sky might have some of the fastest speeds and best coverage in the UK but they simply can’t match what some of their smaller rivals are now offering. Joining most of the big UK Internet Service Providers (ISPs) usually means getting your pen out and signing up to lengthy contracts.

For example, BT’s latest broadband deals require customers to stay with the firm for at least two years, while Sky and Virgin Media O2 both want consumers to agree to an 18-month deal. Once you’re all signed up, it can be tricky to leave without paying a penalty and this is where some newcomers to the market say they have the advantage.

Cuckoo is just one ISP that’s offering rolling monthly contracts, which means users can leave when they like without fear of extra charges.

The firm recently performed some research which suggests that over 6.6 million customers supplied by the UK’s major broadband companies face hidden charges of as much as £710 million if they seek to end their contracts early. Backing this up, telecoms regulator Ofcom also has released data that shows that 67 percent of broadband customers are currently within their minimum contract and so would be hit by hidden charges if they attempted to leave for a better deal elsewhere.

Should customers exit their current tariff for a better deal just three months before the end of their minimum contract, they would be hit with an average charge of £78. Ouch!

This can be an expensive problem for anyone who suddenly needs to move home or isn’t sure how long they will be at a rented property.

Cuckoo isn’t the only company to offer contract-free broadband.

Newer broadband firms, including Hyperoptic, Community Fibre and Giganet, also allow their customers to join on a rolling monthly payment although it’s worth noting that you may pay slightly more than signing up for a longer deal.

For example, Community Fibre offers 1Gbps speeds for £49 per month on a 24-month deal but this jumps to £54 if you opt for the 30-day deal option. Although bill might be slightly bigger, it’s definitely worth considering a shorter deal if you are renting a property or think you may be moving house.

Speaking about its contracts, Alexander Fitzgerald, Founder and CEO at Cuckoo, said: “Transparency is a quality lacking in our broken broadband market. Having placed their trust in their broadband suppliers, customers deserve a fair deal. Instead, they pay extra for their loyalty, hit by hidden fees. The broadband market can, and must, do much better.”