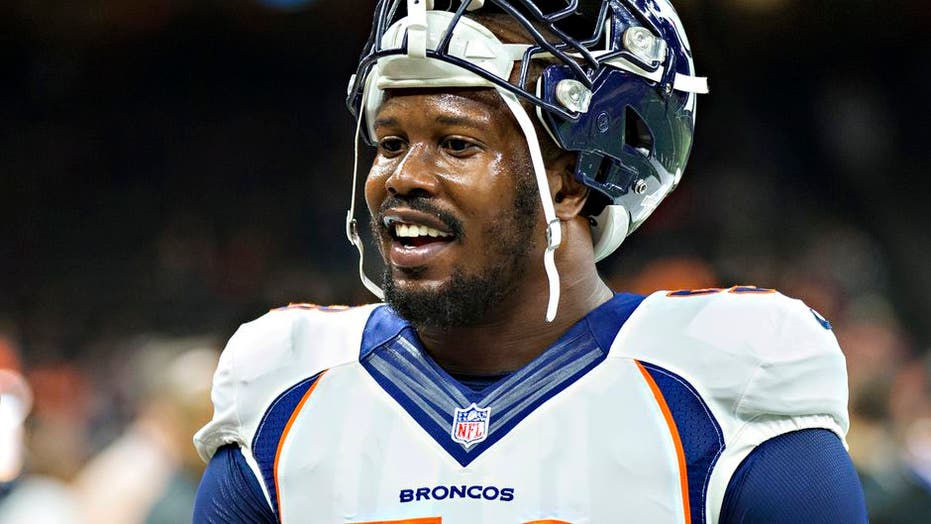 Denver Broncos linebacker Von Miller said Tuesday he feels like he could have done more to support Colin Kaepernick and his protest against police brutality and social injustice.

Miller addressed his support for social justice issues with reporters, according to the Denver Post. He was among Broncos players who knelt during the national anthem in solidarity with Kaepernick prior to the start of a 2017 game against the Buffalo Bills.

He told reporters he felt like he could have “stood taller with Kaepernick at the time.”

“I felt like I could have supported Kaepernick a lot better and I apologize for not being a stronger leader for him. The things the players are doing now, Kaepernick was doing four years ago,” he said, according to the newspaper.

The All-Pro linebacker said he talked with teammate Justin Simmons and other players around the league about their messaging during the 2020 season.

“Justin Simmons is huge with the social justice movement and I reached out to him and saw exactly what he wants to do,” Miller said. “Whatever it is, we’ll be united on the message we put out.”

The NFL is still expected to go on with its season. Denver is scheduled to kick off Sept. 14 against the Tennessee Titans.