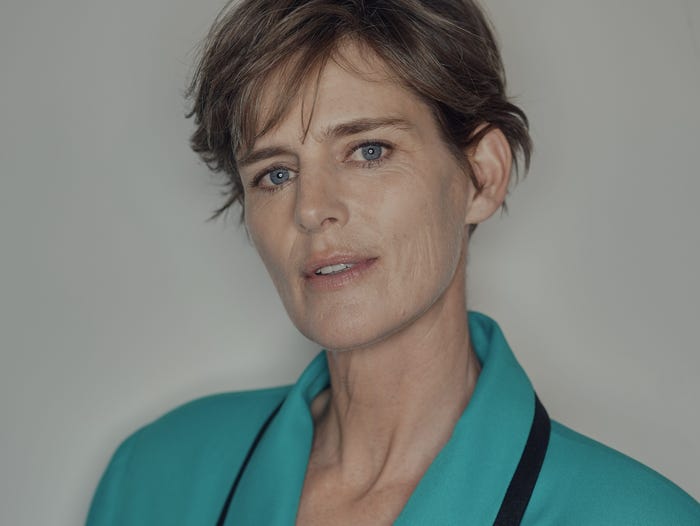 Famed supermodel Stella Tennant has died at the age of 50.

Tennant's death, which comes just five days after her 50th birthday, was confirmed to The Guardian by her family.

"It is with great sadness we announce the sudden death of Stella Tennant on 22nd December 2020. Stella was a wonderful woman and an inspiration to us all. She will be greatly missed,' the statement read.

"Her family asks for their privacy to be respected. Arrangements for a memorial service will be announced at a later date," it continued.

An official cause of death has not been revealed. Authorities told The Guardian that there are no suspicious circumstances surrounding her death.

"Officers were called to an address in Duns around 11.30am on Tuesday, December 22 following the sudden death of a 50-year-old woman," a police spokesperson told the publication.

"Her next of kin have been made aware. There are no suspicious circumstances and a report will be submitted to the procurator fiscal," they added.

Designers and models have begun mourning Tennant's sudden passing, including Marc Jacobs, who called her passing "so sad" in an Instagram comment.

Versace released a tribute to the British fashion icon on Twitter, writing: "Versace is mourning the death of #StellaTennant. Stella was Gianni Versace's muse for many years and friend of the family. We will miss you forever Stella. Rest In Peace."

Edward Enninful, the editor-in-chief of British Vogue, also shared his condolences in an Instagram post with a photo of the model on the December 2018 cover of the magazine.

"R.I.P kind and wonderful Stella," Enniful wrote. "My thoughts and prayers are with your family."

Tennant was a top supermodel in the 1990s

Tennant dove into the fashion world in the early '90s, when she helped push androgynous style and beauty onto global runways with her distinctive pixie cut.

She walked in numerous high-profile shows, including for designer Alexander McQueen, and modeled in several fashion spreads for Vogue.

She emerged among the top supermodels of the '90s, alongside Naomi Campbell, but found solid footing as famous designers increasingly cited Tennant as their muse.

Karl Lagerfeld named her the face of Chanel in 1996, and it was said he chose Tennant because she resembled Coco Chanel, The Guardian reports.

Tennant appeared with the late designer in 2012 to help represent the British fashion industry during the London Summer Olympics' closing ceremony, Vogue reported at the time. That same year, she was inducted into the Scottish Fashion Awards Hall of Fame.

Tennant retired from modeling in 1998 to give birth to her first child, but later continued her career.

She married French-born photographer David Lasnet in 1999, but the couple announced earlier this year that they were separating, The Guardian reports. The couple share four children together.

Tennant's final runway appearance was in January for the Valentino Haute Couture Spring/Summer 2020.