And the City gaffer praised Steph Houghton for becoming the first player in Women’s Super League history to make 150 appearances in the division. 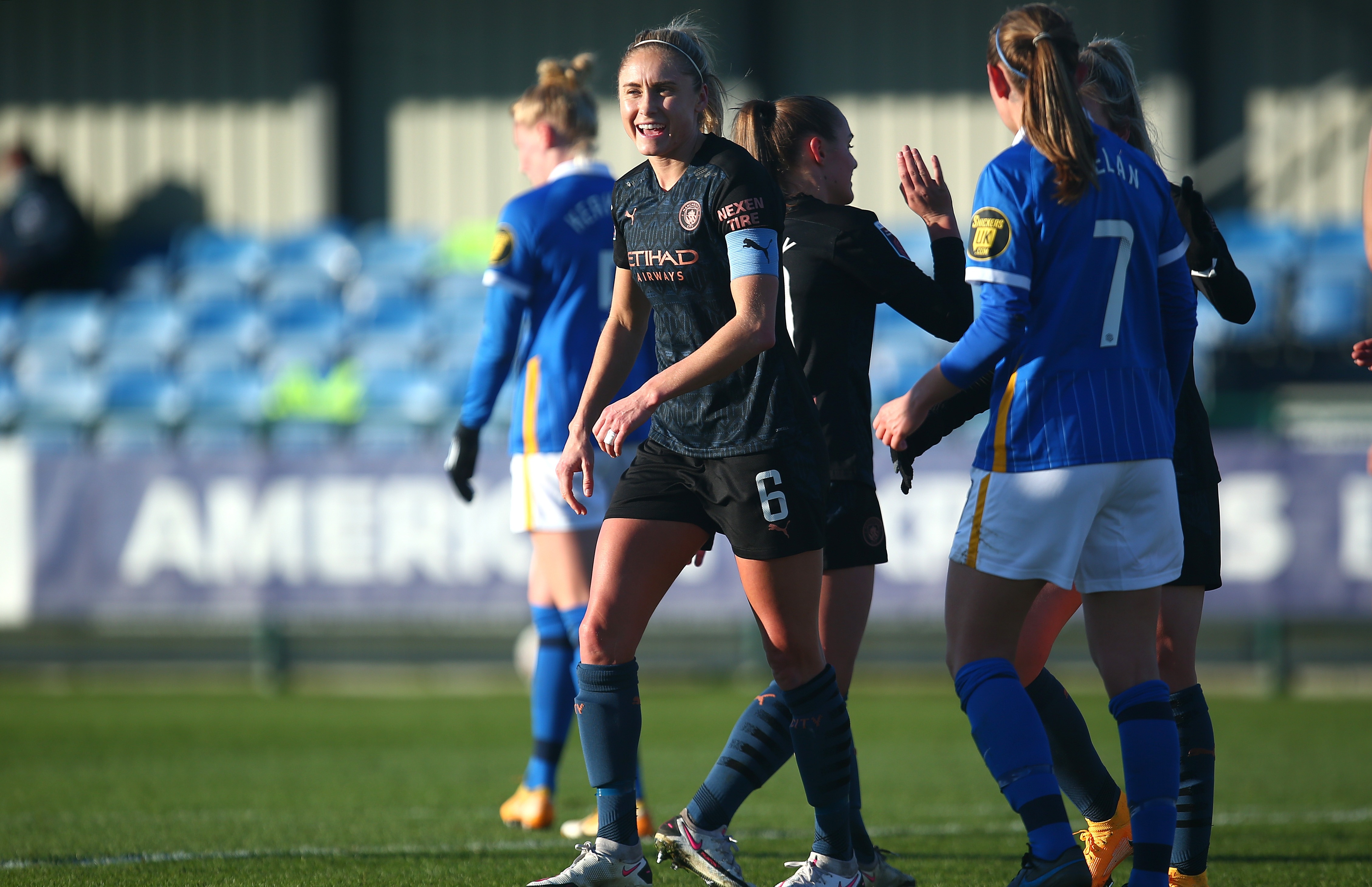 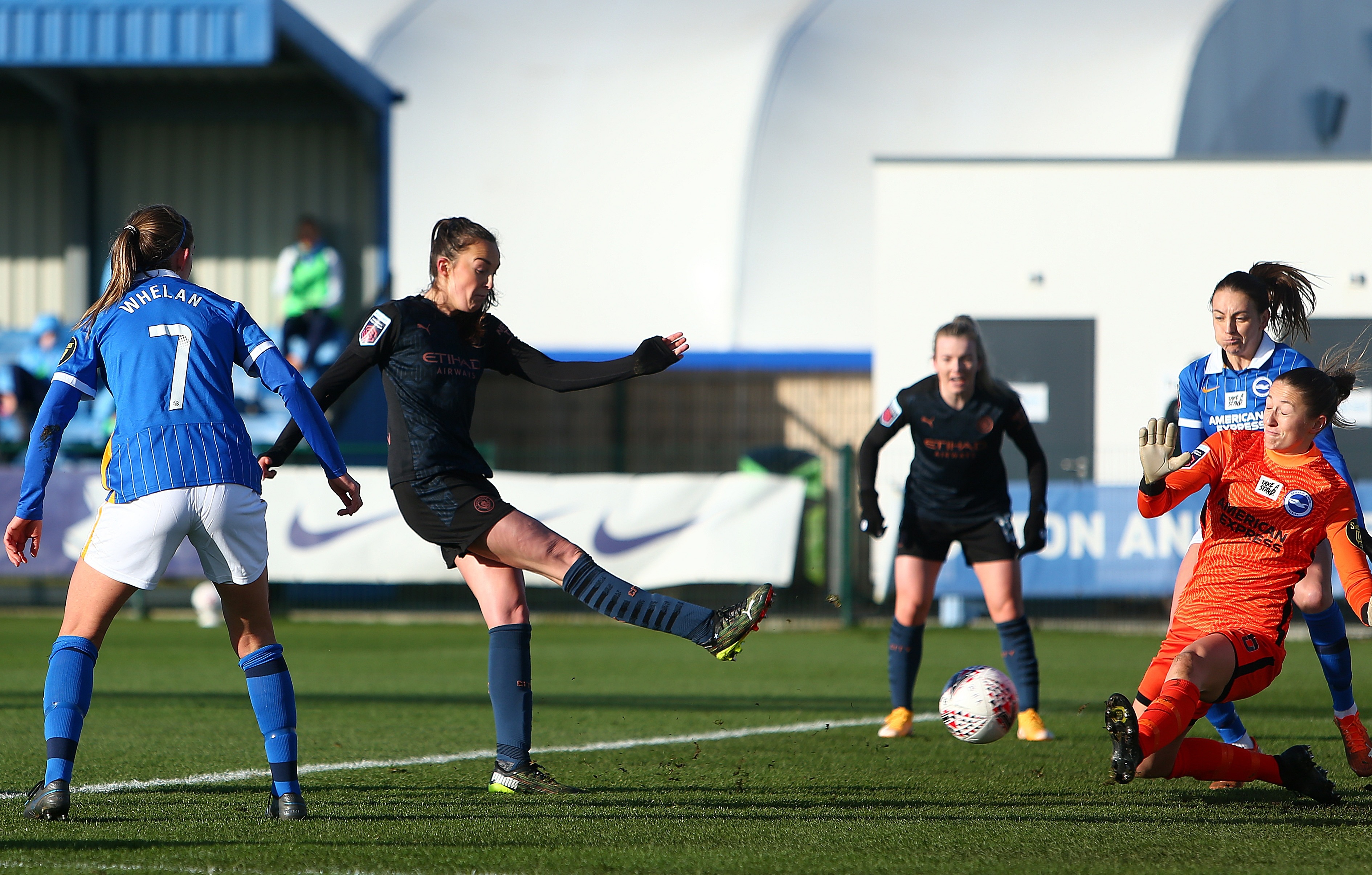 Houghton said: “Remembering my first game in the WSL up to now it’s come such a long way.

“To be part of women’s football and how much it’s grown, and to represent two amazing clubs in Arsenal and Manchester City is a real honour.

Weir’s four-minute brace set the stage for a forgettable afternoon for the Seagulls.

And the thumping scoreline will serve as a warning to City’s title rivals with Taylor’s team now third and just three behind Arsenal’s goal difference tally of 30.

Taylor said: “I thought there were a number of good performances. I thought Caroline Weir – for 45 minutes – showed her class when it mattered and contributed well.

“It’s taken a little bit of time for us to get our build-up play right, but I have always felt comfortable that we usually arrive in the final third in good control.

“It was just that when we got there in certain moments – as we did against Brighton earlier on in the season – the decision-making was slightly off or players weren’t in the right position.

“But I think some of our play in recent weeks and certainly in the build-up to Christmas has been great.”

The last encounter between the Seagulls and their visitors ended in an impressive 0-0 draw with Hope Powell’s team coming close to snatching a win at the Academy Stadium.

But any signs of a repeat were blown away with Weir poking home from close range in the 17th minute before netting a second moments later.

From there the floodgates opened with Steph Houghton netting the first of her two goals close to half-time.

The second period was a similar story with no let-up from the visitors with Ellen White converting a 58th minute Chloe Kelly Cross.

And Steph Houghton picked up her second with a sublime free-kick four minutes later.

Taylor added: “Steph is a great ambassador for the club and I thought she capped off that landmark not just with her first goal but with a brilliant effort for her second. 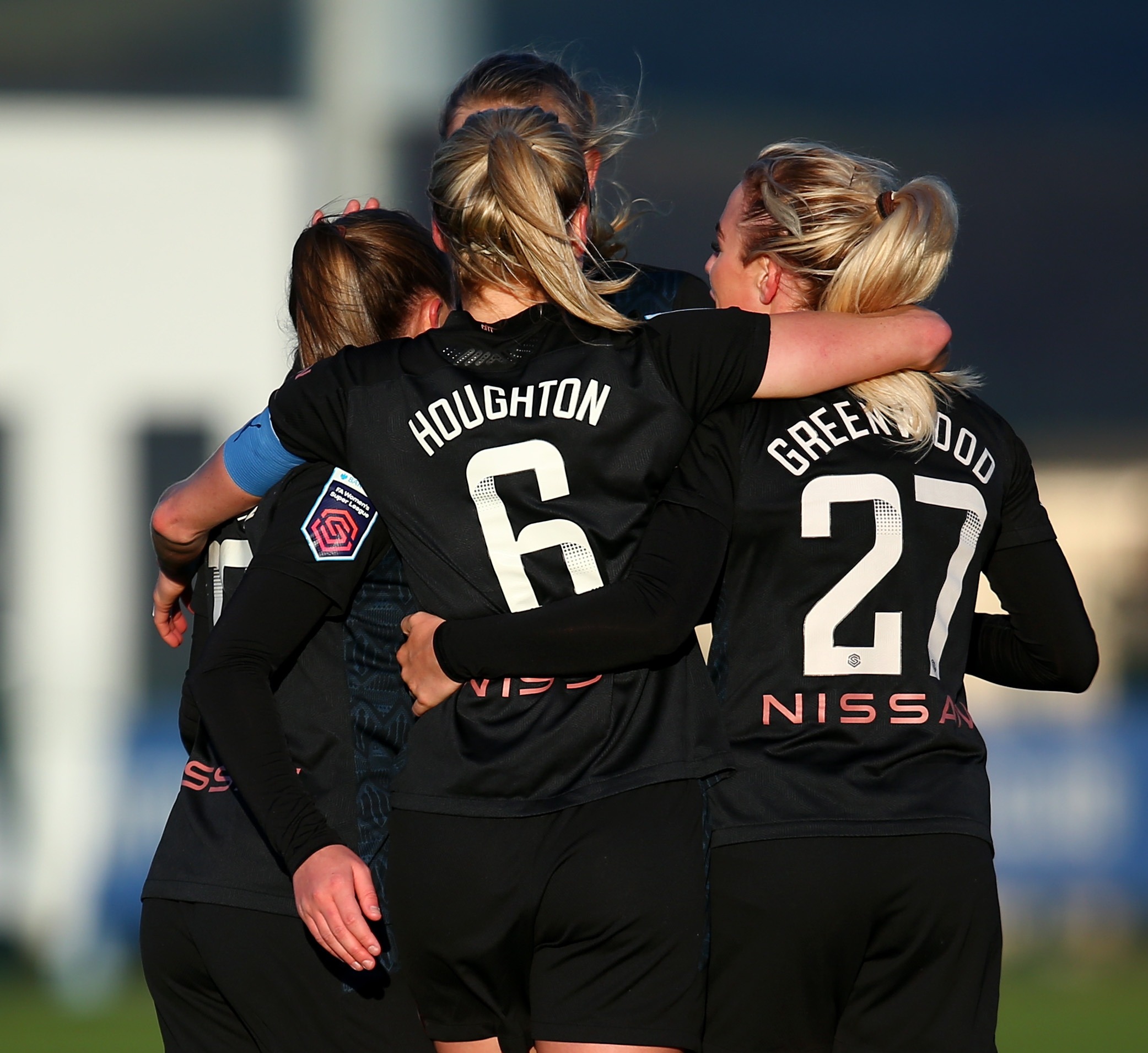 “You won’t see many better free-kicks than that.”

Rianna Jarrett snatched a consolation goal in the 69th minute Brighton battling to the stem wave of City attacks.

But hopes of keeping the scoreline down were thwarted with Chloe Kelly and Janine Beckie netting within four minutes of each other to wrap up the 7-1 win in normal time.

Seagulls boss Hope Powell said: “They were far better than us. They were very clinical and moved the ball very, very well. 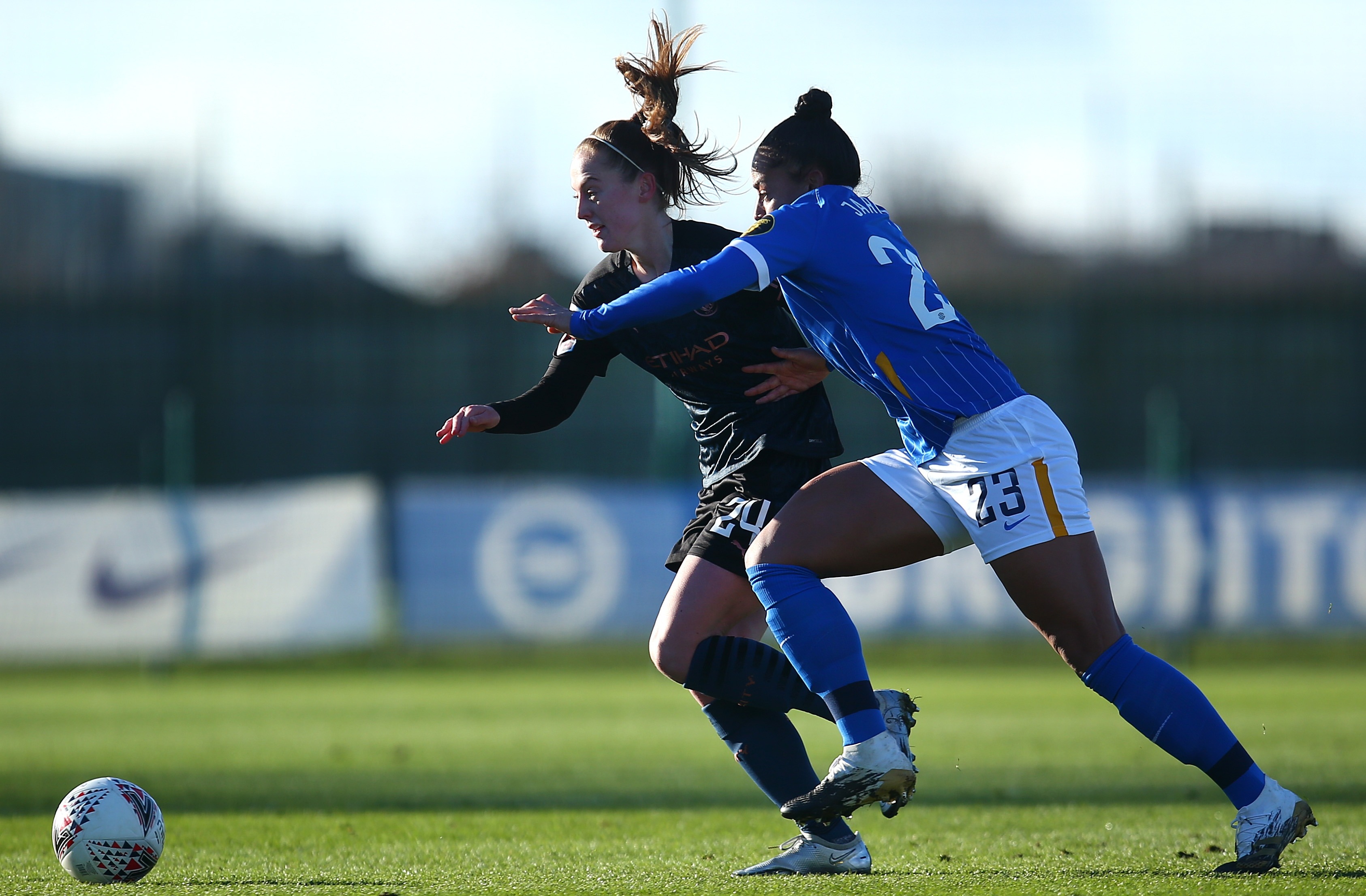 “We couldn’t match it really so I think credit to them. We weren’t on it today and had a bit of a makeshift team. I’m pleased with the way we had a go, but we were just not good enough.”

West Ham are up next for Gareth Taylor’s side before they visit Arsenal for a tantalising title clash.

And Brighton – who have lost three of their last four games – will face Bristol City.