This Morning: Dr Zoe reveals she had bowel cancer scare

Bowel cancer is a general term for cancerous cells that multiply uncontrollably in the large bowel (colon and rectum). If it’s detected early enough, treatment can cure bowel cancer and stop it coming back. Unfortunately, because the symptoms of bowel cancer can be subtle and do not necessarily make you feel ill, it is not usually picked up until it has advanced. Scientists warn having a certain bacterium present in your gut could increase your risk.

Bowel cancer affects over a quarter of a million people each year and in industrialised nations, the lifetime risk of developing the disease is approximately five percent.

When the disease is local or confined the cure rate can range from 70 to 90 percent, however advanced bowel cancer has a high mortality rate and is consistently ranked as the top three causes of cancer-related death around the globe.

A person’s bowels are a densely populated microbial ecosystem and if containing a certain bacterium could increase one’s risk of the deadly disease. 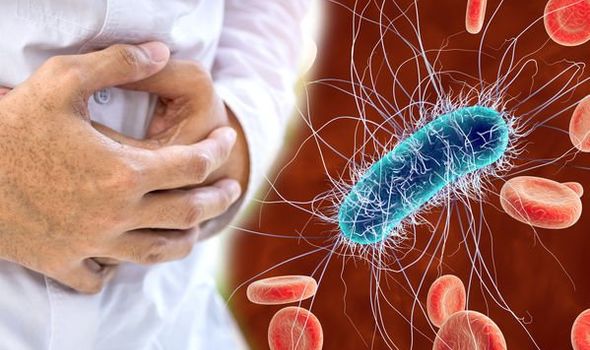 An infection from a common type of mouth bacteria can contribute to bowel cancer says studies.

The bacteria, called Fusobacterium nucleatum, can attach to colon cells and trigger a sequence of changes that can lead to bowel cancer, according to the team at Case Western Reserve University School of Dental Medicine.

The researchers also found a way to prevent the bacteria from attaching to colon cells.

“This discovery creates the potential for new diagnostic tools and therapies to treat and prevent the cancer,” lead investigator Yiping Han said in a university news release.

The findings show the importance of good oral health, said Han, a professor of periodontics.

DON’T MISS
Statins side effects: The side effects in your genitals  [INSIGHT]
Best supplements for hair growth: Pumpkin seed oil can help [TIPS]
Baking soda: Seven ways it can improve your health [ADVICE]

In a study published in the US National Library of Medicine National Institutes of Health, microbes, microbiota and colon cancer were further investigated.

The study noted: “The human colon is also an anatomical location with the largest number of microbes.

“It is natural therefore to anticipate a role for microbes, particularly bacteria, in colorectal carcinogenesis.

“There has been long standing curiosity about the role of bacteria in colorectal carcinogenesis, because of the large disease burden of colorectal cancer and the microbial load of the colon.

“Gut bacteria are important contributors to bile acid metabolism and thus may play a role in the biology linking bile acids to bowel cancer.” 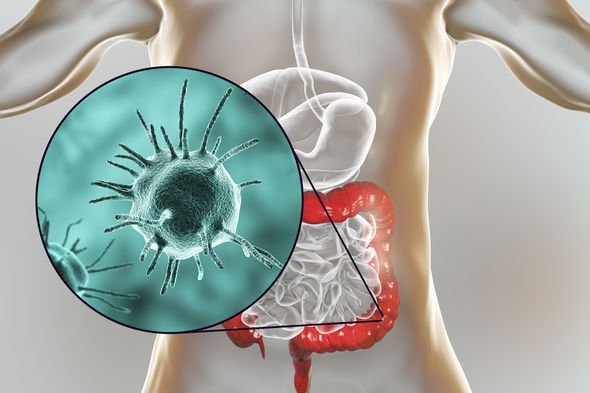 In another study published in Science Daily, colon cancer being caused by bacteria and cell stress was analysed.

“With our study we originally wanted to study the role of bacteria in the intestines in the development of intestinal inflammation,” explained Professor Dirk Haller from the Department of Nutrition and Immunology at the Weihenstephan Science Centre of the TUM.

He continued: “However, the surprising result for us was the discovery that bacteria together with stress in cells caused tumours (exclusively in the colon) and without the involvement of inflammation.

“In certain patients, the protein ATF6 could serve as a diagnostic marker for an increased risk of colon cancer and could indicate the start of therapy at an early stage.

“A microbial therapy is conceivable, when we know more about the composition of the bacterial flora.

“What now became clear, however is that chronic inflammation has no effect on cancer development in the colon.”

Diets that include lots of vegetables, fruits, and whole grains have been linked with a decreased risk of colon or rectal cancer, said the American Cancer Society.

The site continued: “Eat less red meat (beef, pork, or lamb) and processed meats (hot dogs and some luncheon meats), which have been linked with an increased risk of colorectal cancer.

“If you are not physically active, you may have a greater chance of developing colon or rectal cancer. Increasing your activity may help reduce your risk.”