An auction featuring items from the collection of long-time Rolling Stones bassist Bill Wyman broke multiple records over the weekend, including most expensive bass guitar and amplifier sold at auction.

The sale took place at Julien’s Auctions over the weekend, September 11th through 13th. It featured over 1,000 lots from Wyman’s archive, including instruments, gear, stage-worn costumes, awards, personal items and ephemera from his time with the Stones and as a solo artist.

The record-breaking bass was Wyman’s 1969 Fender Mustang bass with a competition orange finish, which Wyman used on Rolling Stones recordings between 1969 and 1970. It sold for $384,000, shattering the record previously held by the sale of a left-handed Hofner bass presented to Paul McCartney in 1964, which sold at auction in 2013 for $204,800. 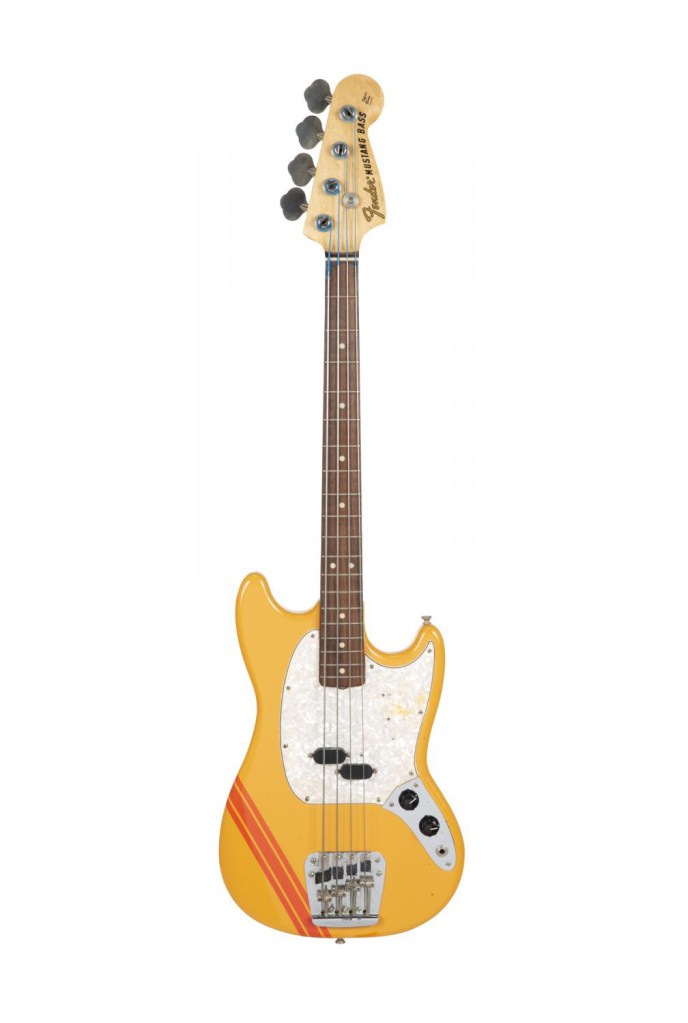 Meanwhile, Wyman’s 1962 Vox AC30 Normal model amplifier sold for $106,250, which topped the $77,000 sale of two David Gilmour amplifiers sold at auction in 2019. Wyman’s amp had some historical significance as well, as his ownership of it played a big part in the Rolling Stones hiring him back when he first auditioned for the band.

On top of the record-breaking sales of the Fender bass and Vox amp, the Wyman auction featured one other monumental sale: That of a plush yellow toilet seat cover embossed with the Rolling Stones’ tongue logo. It sold for $1,142, another world record, this one for most expensive toilet seat cover.

Another notable sale from the Wyman auction was a 1968 Gibson Les Paul Standard Model Gold Top guitar and case used by late Stones guitarist Brian Jones during the Rock and Roll Circus concert film, which went for $704,000. Additionally, Wyman’s Sixties Framus Star bass went for $51,200, a personalized tour shirt from 1972 sold for $10,000, and his outfit from the 1969 Hyde Park concert garnered $11,520.

A portion of the proceeds from Wyman’s auction will benefit the Prince’s Trust, Macmillan Cancer Support and the Central Caribbean Marine Institute.