Bella and Gigi Hadid both love this money-themed blazer

For better or for worse, the exposed thong trend is here to stay.

As part of his Spring 2021 collection for Mugler, designer Casey Cadwallader sent out trompe l’oeil jeans featuring strategically placed Lycra panels to create the illusion of a denim thong.

Both Bella Hadid and Irina Shayk modeled versions of the risqué look in the fashion house’s collection film on Wednesday; Hadid’s in light-wash blue denim, Shayk’s in white.

Hadid’s look was even styled with a sheer corset top that included a black censor-style bar across the chest.

Those interested in snagging a pair of the dizzying pants can shop them for about $574 on Mugler’s website, where they’re simply called “spiral jeans.” 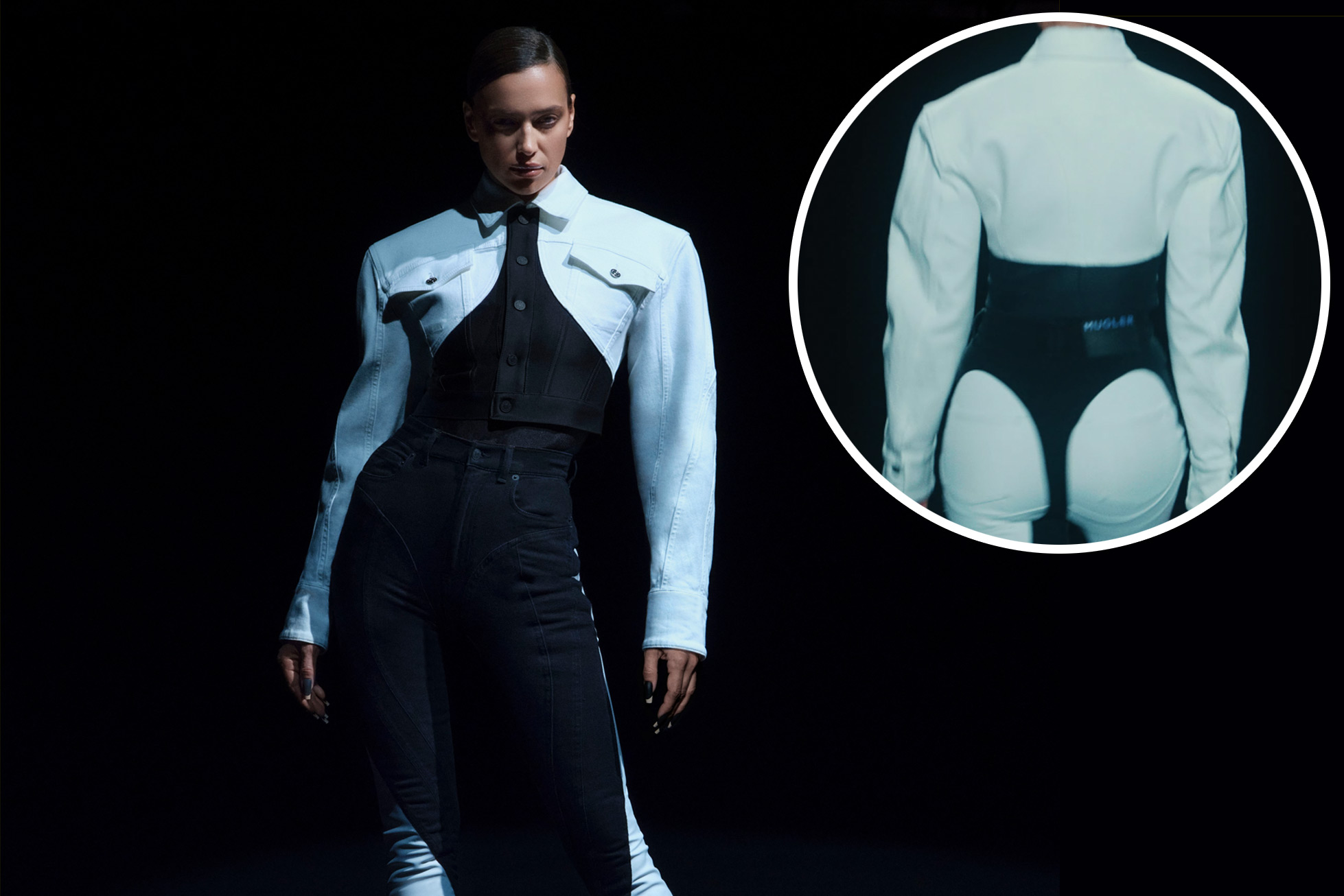 The scandalous pants are just the latest daring design from the house of Mugler; Hadid, 24, donned a see-through catsuit with butt cutouts on the brand’s catwalk in 2019. The style was later worn on stage by Anwar Hadid’s girlfriend, Dua Lipa — who, incidentally, is also a full fan of the exposed thong.