When Beanie Feldstein and I talk, she’s in her childhood bedroom at her parents’ home in Los Angeles where she’s been quarantined for seven weeks. It feels fitting—the Golden Globe–nominated actor has played her fair share of lovable teens in Lady Bird and Booksmart. And her latest, How to Build a Girl (out on Video on Demand now), redefines the coming-of-age story with her character’s journey from shy teen outsider to in-demand rock-and-roll reporter. The film, which premiered at the Toronto International Film Festival, is an adaptation of Caitlin Moran’s semi-autobiographical novel of the same name.

Walking into Feldstein’s bedroom is like entering a time capsule of adolescence, she tells me. “I have a floor-to-ceiling bulletin board up on the wall for everyone to see and made a pact with myself when I was 10 that I would never take anything down,” the 26-year-old says. “There are ticket stubs, play bills, photos, concert tickets, letters from friends, sheet music, and all sorts of things. It’s so silly and joyful.”

The bedroom-as-self-portrait is something Feldstein can relate to in her character Johanna from How to Build a Girl, whose bedroom wall is plastered with photos of heroines like Frida Kahlo, Jane Austen, and Elizabeth Taylor. “Unlike Johanna, I didn’t share a bedroom with my brothers growing up, but we did share a bathroom, which is arguably worse,” Feldstein says with a laugh.

While in quarantine, Feldstein is keeping busy. There’s family time, FaceTime, and even some recording time. Feldstein and her friend Ben Platt were among many of the celebrities to participate in a musical toast to Stephen Sondheim on his 90th birthday, raising money for Artists Striving to End Poverty (ASTEP). The two performed “It Takes Two” from Into the Woods. “It was so nerve-wracking and exhilarating,” she says. “We’ve performed together in school musicals since we were 14, but this was a special testament to our bond because we recorded our parts completely separately. We just know each other’s voice and how we sing and perform. I was so proud of the final product because it connected so well.”

You can next see Feldstein in American Crime Story: Impeachment—she’ll be starring as Monica Lewinsky in the Ryan Murphy project—and Merrily We Roll Along, Richard Linklater’s next endeavor, which will be shot over the course of 20 years alongside Platt.

Beanie Feldstein tells us about some other ways she is keeping herself entertained.

My favorite thing to cook

I am literally one of the worst cooks to ever exist on Planet Earth—no exaggeration, anyone will tell you this. I am a fairly good baker, though not great, but if I’m put to the test, I can handle following a recipe. I’ll keep it classic and just say chocolate chip cookies, but I’m allergic to dairy so they’d be vegan chocolate chip cookies.

FaceTime. Of course, right now it is such a gift to be able to see everyone’s faces, even when we’re not together. I’m also in a long-distance relationship—my girlfriend lives in England. So we’ve been grateful for FaceTime for years.

happy birthday to the greatest person I’ve ever met, @bonnie_chance. thanks for being born and letting me love you.

The workout I’m obsessed with

I’ve been doing Body by Simone for the last couple of months, and I’m obsessed with it. I grew up dancing, and it’s so fun because you truly feel like you’ve worked out, but you’re dancing and it’s so joyful. All of the instructors are really sweet. I feel the same way about Forward_Space, which is in New York.

I just read Heartburn by Nora Ephron for the first time. I read it in a day and couldn't put it down. It will make you feel less alone. I just loved it. 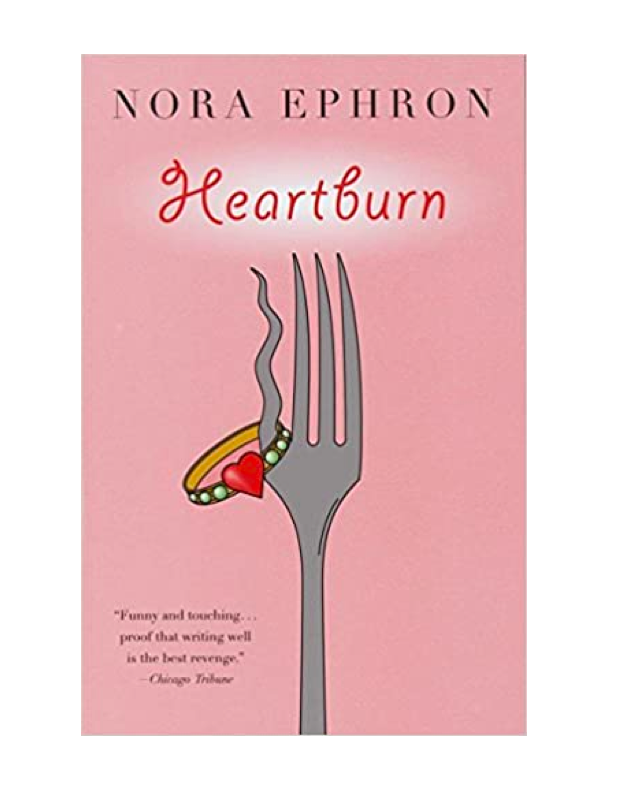 A fashion trend from the early 2000s I’ll always love

Baby-G watches! Of course, I had the pink one. I still love pink. 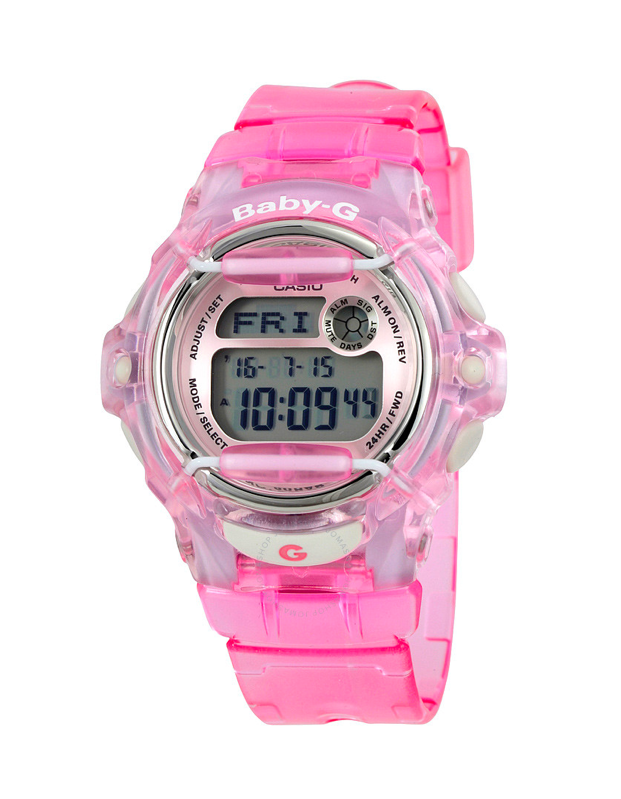 The reality show I can’t get enough of

Master Chef, Jr. Oh, my God, those kids are so supportive of one another, it makes me cry every single time. They’re like, “You’ve got it, Jamie, don’t worry!” It’s the sweetest. I can’t. It breaks my heart every time.

When I’m feeling anxious or existential, I always put on Audra McDonald singing “Edelweiss” from The Sound of Music. I mean, I truly think she is one of the singularly most talented people to ever exist, and her rendition just takes me to another place. I just love her so much.

The best pair of leggings

I am literally sitting here in my burgundy Aerie leggings. I have a few different pairs that I love. They feel like a second skin, they’re so comfortable. 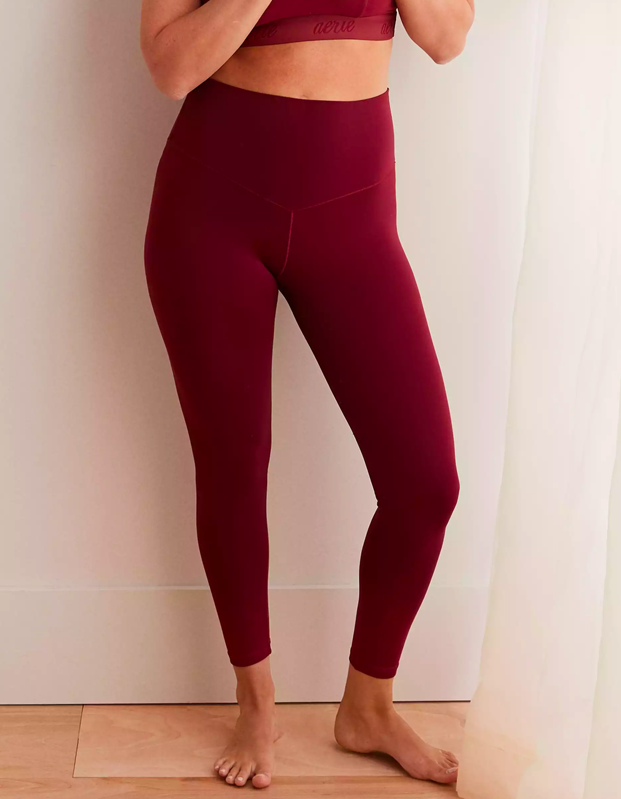 The last thing I bought

A birthday gift for one of my best friends, Fran, who loves to dance. I bought her a T-shirt that has a little dancing girl on it that says “Cha, Cha, Cha” from Marine Layer. She’s been dancing up a storm during quarantine, so I thought it would make her happy. 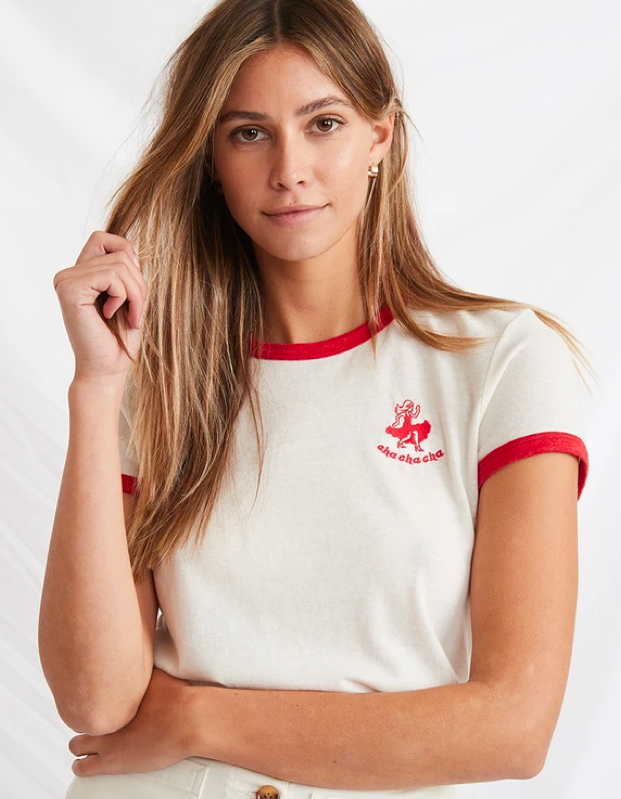 Because I’m deeply allergic to most skin care and makeup, I don’t get to try all the fun new products. I embarrassingly watch so many YouTube video tutorials so that I can live vicariously through something. But my holy grail product is from a hypoallergenic company, VMV Hypoallergenics, and the product is literally named Grandma Minnie’s The Big Brave Boo-Boo Balm. I bet you it’s the first time that Glamour has ever featured it! I use it as a lip balm, but I also put it on my hands at night. You can put it on little dry patches or scrapes. It’s incredible. 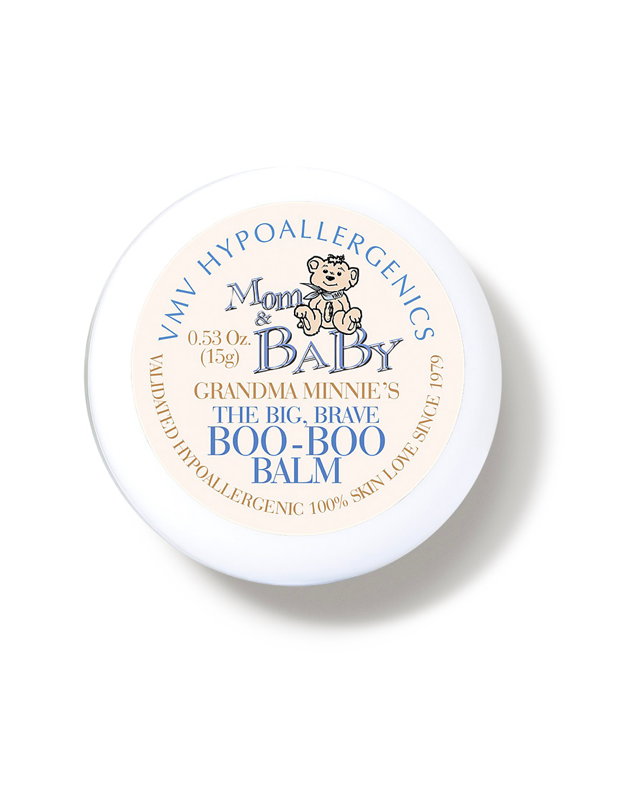 My favorite item of clothing

It’s not really an item of clothing—it’s like a work of art. Oscar de la Renta let me keep my Golden Globes dress, which I think might have to be my favorite thing I’ve ever hung up in my own closet. It was so generous and beyond kind of them to do that. It was a huge, out-of-my-wildest-dreams kind of moment in my life to get to go as a nominee. I felt so beautiful and mature, and it was such a magnificent dress. I think that would have to be it. It’s just hanging in my closet—it’s crazy!

The best colors to wear, for me

Charcoal gray and lavender. I love wearing pops of lavender. And I’ve been wearing much more white lately because it’s getting hotter in L.A. I also love classic black—a black turtleneck and jeans is my winter uniform.

I just got a pair of taupe Reeboks with the green writing. They’re super comfortable. Those are my current faves. 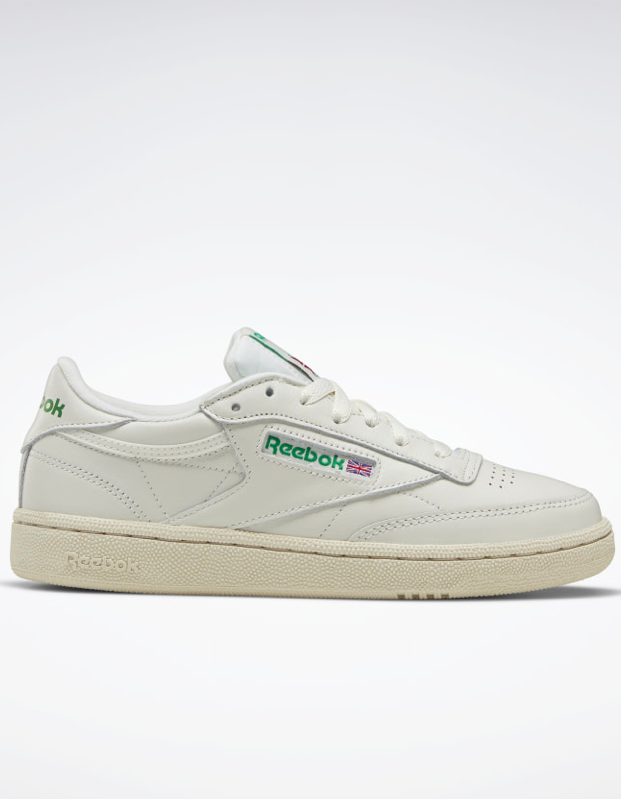 The movie snack I always reach for

There are like 9,000 favorite snacks, but I love eating chocolate chips. If people have never had them before, they often look at me quizzically, and then I’m just like, “Try it.” And then they become obsessed. There are these dairy-free chocolate chips called Enjoy Life, and anyone who is dairy-free or vegan needs to try them. It’s the most comforting, delicious, fun snack. 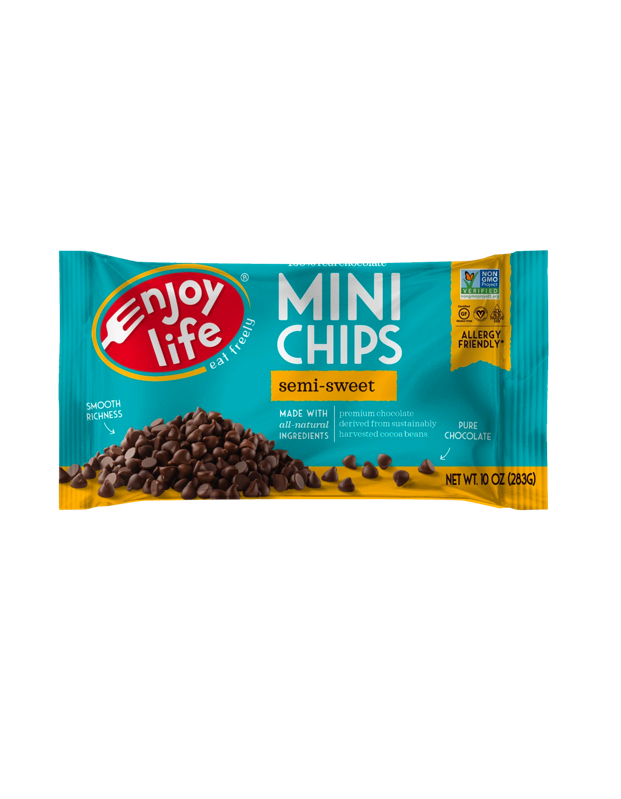 I love these jeans

Anything high-waisted by Madewell. My girlfriend wears low-waisted jeans, and I actually cannot comprehend it. Every time she puts them on I’m like, “Actually explain this to me. Explain the feeling that you like.” 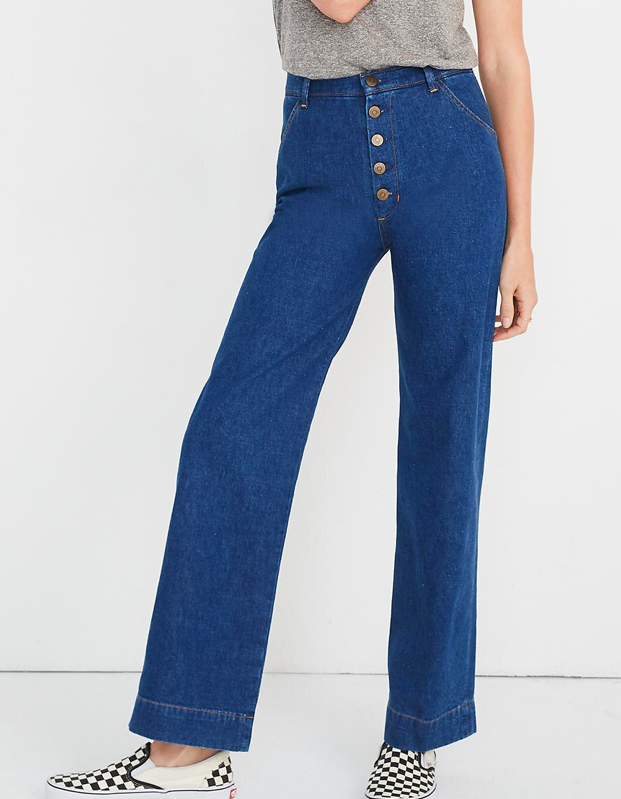 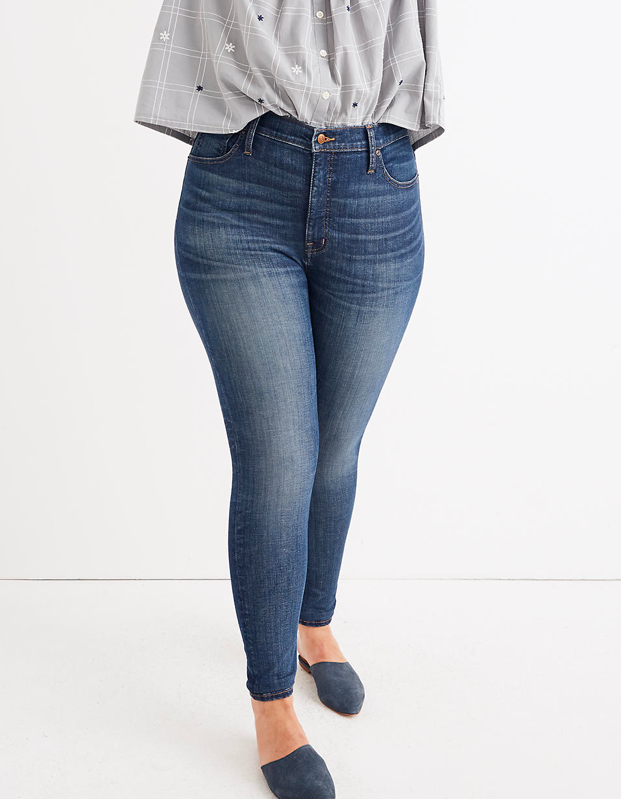 This is truly exposing my childhood bedroom for all that it is, but about four years ago, I was living at home while filming Lady Bird and hanging in my bedroom, inexplicably, was a movie-theater-size poster of How to Lose a Guy in 10 Days on my wall. I went to my mom and said, “Are you going to explain where this came from?” She was like, “We love this movie! I thought you would love it.” It is truly movie-theater size. I do love the movie—I’m sitting beneath the poster right now.

Caitlin Brody is the entertainment director at Glamour.