Andrew Cotter shares hilarious game of poker with his dogs

Mr Cotter opens the video saying: “Ahh poker night, love it. This game is all about reading the other players.” The camera then turns to his stunning Labradors, Olive and Mabel, sat across the poker table, looking very serious with a hand of cards and poker chips in front of them.

Mr Cotter points the camera to Olive and says: “Look at her, god, she’s good.” Then, he turns to Mabel and says: “She’s usually terrible but looks pretty confident for once, have you got a good hand?”

“Yes, they’re scary but they died out millions of years ago don’t worry about it. And, no you didn’t see one today, I told you that was a cow!

The beautiful dogs are still sat watching their owner intently as he says: “I will see your 20 and I will raise you three biscuits. Yes, this just got real.” 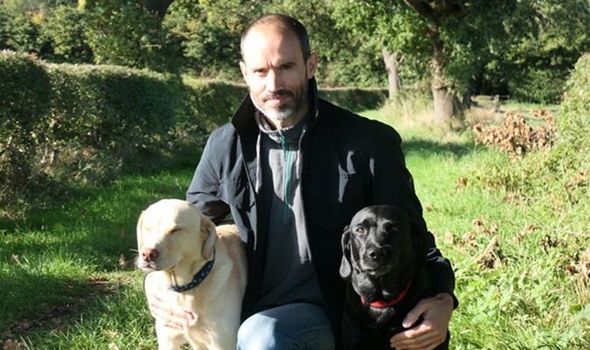 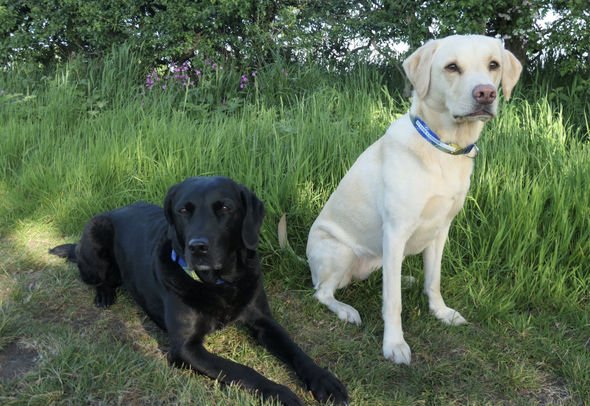 He turns over Olive’s cards and reveals five aces. He says: “See, this is the reason you are banned from casinos!

“Fine, cash in, have the lot, take the biscuits, I think you have just eaten one of the chips as well. Let’s at least give half to Mabel,” who is still stressing about dinosaurs as a running joke throughout the video.

Fans were loving the video with more than 21,000 likes and many comments.

One said: “This is pure genius Mr Cotter. Must have taken many treats to get them to ‘play’ along. Ps, how long did you take practicing saying those dinosaur names or is your BBC training paying off?!!” 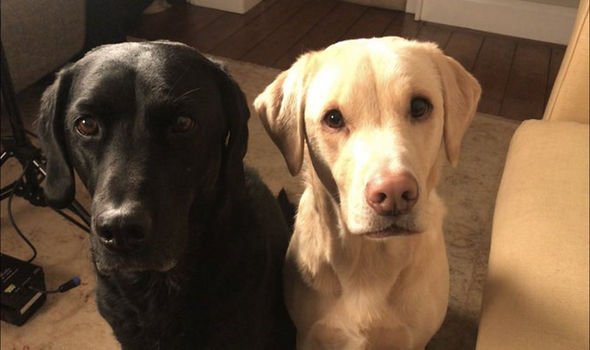 Another said: “Love these videos, Andrew. Cheered me up over the last year.” A third replied: “Brilliant. Much as I love ours, pretty confident Mabel’s Top Trumps game would still be too challenging for her.”

When the UK went into lockdown, Mr Cotter’s work as a BBC sports commentator ground to a halt. To pass the time, he began uploading clips of Olive and Mabel and become quite the Twitter celebrity.

His videos have received more than 40 millions views including celebrity fans Ryan Reynolds and Julianne Moore.

He has also written a book, Olive, Mabel And Me: Life And Adventures With My Canine Companions, which was released in October.