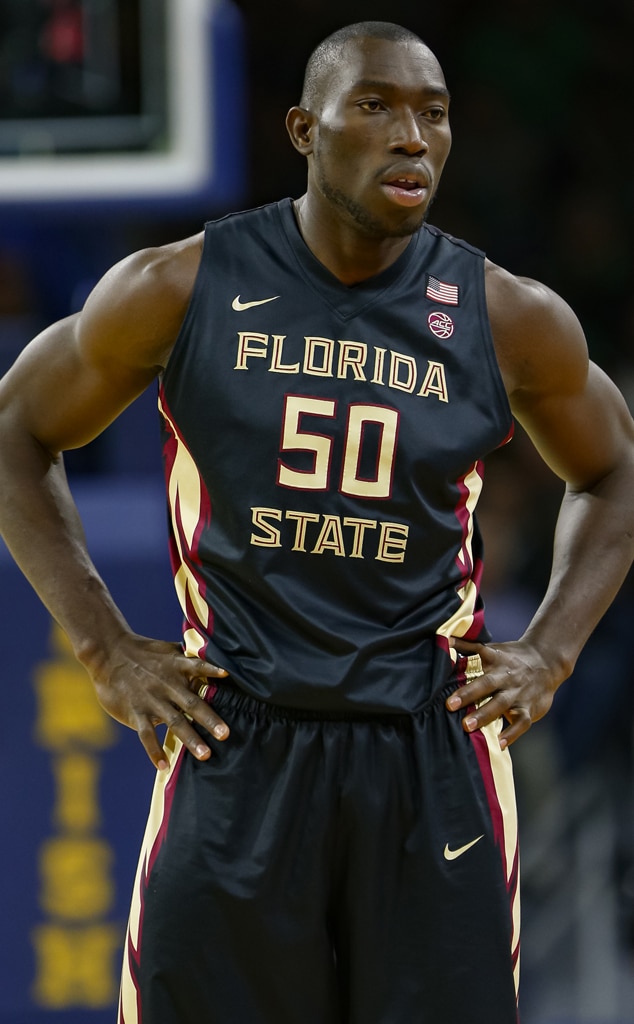 The basketball community is mourning the death of athlete Michael Ojo.

According to a statement from his former basketball team the Red Star Belgrade, the 27-year-old died on Friday, Aug. 7. "Michael Ojo, centre of Crvena zvezda Basketball Club has passed away in Belgrade earlier today. We are lost for words, it's simply devastating," the club shared on Twitter. "Rest in peace, Gentle Giant."

Multiple outlets report the former Florida State University center collapsed during an individual training session in Belgrade, Serbia. He was subsequently taken to the hospital for treatment, but could not be resuscitated by doctors.

His cause of death is pending.

Tributes are pouring in for the athlete, who was loved by fans across the globe.

His alma mater, Florida State University, confirmed the news via the team's Twitter. "We would like to express our deepest sympathies to the family, friends and former teammates of Michael," the statement read.

It continued, "Michael was a team captain, Florida State graduate and a valued member of the Tallahassee community. He always had a smile on his face and never met a stranger. He will forever be remembered for the positive impact he had on the Seminole family."

Basketball Player Michael Ojo Dead at 27 After Collapsing in Practice

FSU head basketball coach Leonard Hamilton said in his own statement that Michael was a "wonderful human being."

The Nigerian-born athlete graduated in 2017 with an international affairs degree, after which he traveled to Europe to play in the European league.

He was released from his contract with the Red Star at the start of this summer and was in the process of searching for a new team when he suddenly died at the age of 27.