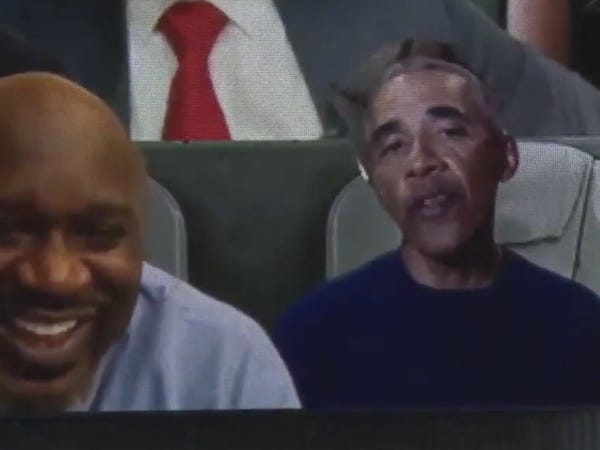 Former President Barack Obama made a surprise appearance at Game 1 of the NBA Finals on Wednesday night.

Obama appeared as a virtual fan during the first quarter of Game 1 of the Finals between the Los Angeles Lakers and Miami Heat, shown on a screen of virtual fans alongside Lakers legend-turned-broadcaster Shaquille O'Neal.

It wasn't clear whether or not Obama was aware that he had the spotlight on him at the moment, as he appeared to be speaking directly to the camera.

On Twitter, fans and former players alike seemed to enjoy Obama dropping in on the game.

Obama has shown his love of basketball throughout the years of his presidency and post-presidency. He was notably present at the Duke-North Carolina game during which then-freshman superstar Zion Williamson turned his ankle.

While he couldn't make it to the game in person on Wednesday night, sitting in as a virtual fan is the next best thing.