An ad for the Balenciaga's Adidas collaboration bag depicted the product on top of an office desk covered in documents. One page, mostly covered by the bag, contains text of the Supreme Court case United States v. Williams — a SCOTUS case concerning the distribution of child pornography.

The brand was forced to apologize Tuesday for the document's inclusion and stated they would be pursuing legal action against the individuals who placed the text in the image.

"We apologize for displaying unsettling documents in our campaign. We take this matter very seriously and are taking legal action against the parties responsible for creating the set and including unapproved items for our Spring 23 campaign photoshoot," a brand statement published on Instagram read. "We strongly condemn abuse of children in any form. We stand for children safety and well-being."

In United States v. Williams, the Supreme Court ruled that it was not a violation of the First Amendment to prosecute individuals pandering the sale of child pornography without actually possessing such material.

Fashion house Balenciaga created the handbag in partnership with Adidas. 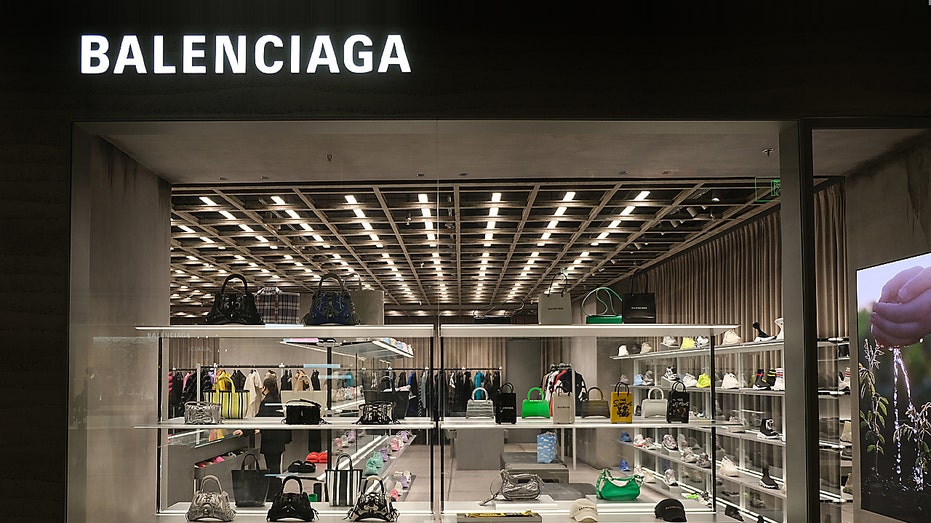 "We sincerely apologize for any offense our holiday campaign may have caused. Our plush bear bags should not have been featured with children in this campaign. We have immediately removed the campaign from all platforms," read a separate post from Balenciaga.

The photographer for the ad campaign, Gabriele Galimberti, said the images were part of a project series called "Toy Stories," according to his Instagram page. The images now appear to be mostly scrubbed from the global brand’s website.

Actress Nicole Kidman is featured in the brand’s campaign for its spring 2023 collection. Kim Kardashian and Bella Hadid have also been prominent ambassadors for the brand.

FOX Business reached out to Adidas, Balenciaga and Balenciaga's parent company Kering Group for comment but did not receive a response.