When the six self-governing colonies of Australia came together as a federation in 1901, one of the first acts passed in the new national Parliament established a special office to oversee spending. The Audit Act 1901 led to the hiring of an independent auditor-general (the first, John Israel, was appointed for life), and established a team of specialists to look over the books of all Commonwealth departments without intimidation by government or other vested interests.

It was a tedious and time-consuming job, but one seen as absolutely essential to good government. One hundred and twenty years later, it is no less so. 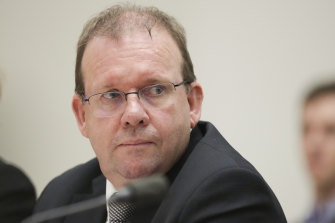 So when the current Auditor-General, Grant Hehir – a career public servant with a reputation for little showmanship – sounded the alarm bells late last week over the funding of the Australian National Audit Office, his words should not be ignored.

Mr Hehir claims his budget has fallen so much that some government agencies might only face scrutiny once every 20 years and auditors are tolerating “uncomfortable” risks in financial statements. What is concerning is that this appears not to be just a one-off budget cut.

Over the past two years, the performance audit section, which looks at whether money is being spent efficiently and departments are achieving objectives, has lost 20 staff, equivalent to the capacity for eight audits. And since 2013, Mr Hehir’s office’s budget has been cut by nearly $6.3 million – or more than 22 per cent in real terms. That is a trend that should be deeply troubling.

While the audit office checks government departments’ annual financial statements, which are mostly pedestrian declarations of figures and accounting jargon, according to former NSW auditor-general Tony Harris, what governments really fear are the office’s performance audits.

Mr Hehir recently revealed that more than 35 per cent of his performance reports carried out during his first five years at the helm were only “partially positive” and about 9 per cent made “adverse” findings. Of most concern was the public sector’s approach to procuring goods and services (including contract management), which he said regularly fell short of expectations.

That is a financial watchdog that appears to be working, and working well. But an ever-tightening budget is forcing Mr Hehir to restrict what he does.

In his appearance last week before the parliamentary committee that oversees his office, the Auditor-General admitted that they will have to focus mostly on higher-risk activities in large entities like the Tax Office and Defence.

At a time when government spending is at an all-time high to keep the economy afloat during the pandemic, it just defies all principles of transparency, independent oversight and accountability that the government believes it is the right time to continue cutting back on the one office with a proven track record of flushing out a range of profiteering, corruption and political pork-barrelling. The government must not continue to ignore the Auditor-General.