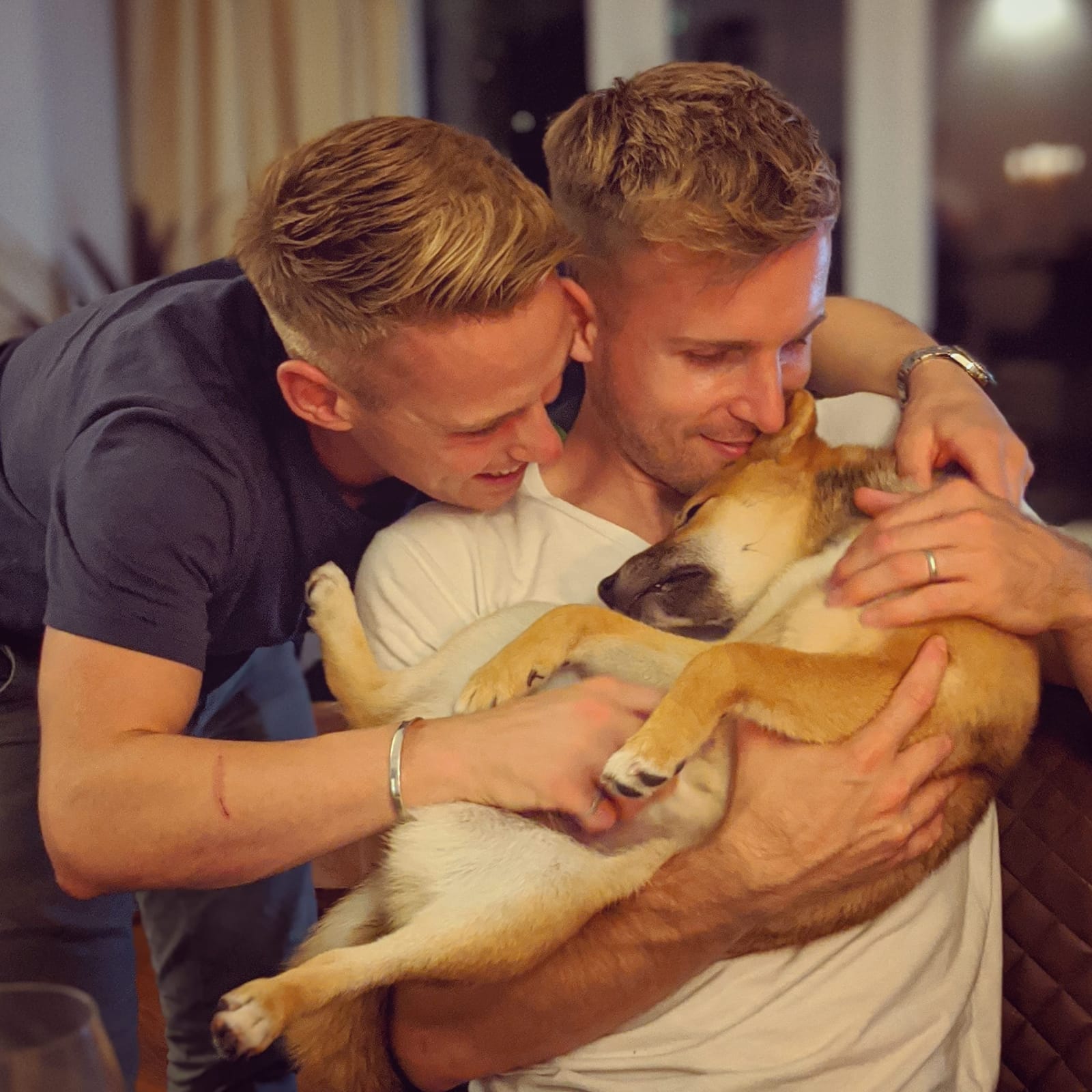 Standing in the kitchen, my dad took out the sheets of paper he’d printed off from the NHS Blood and Transplant website, which had a list of around 30 questions you’re asked before donating blood.

Things like travel, tattoos, piercings and whether you had had sex with a man in the last 12 months were among them.

Reading the list, the realisation that, as a gay man, I couldn’t donate blood instantly sent my stomach-churning.

Not only was I excluded from donating, but I also wasn’t out to my parents and so now had to find an excuse as to why I couldn’t donate. I remember making some excuse about being afraid of needles and ran up to my room, shutting myself away.

From that moment of feeling guilt and shame, I promised that I’d never stop until I, as a gay man, could repay the donor who saved my grandad’s life.

Now, almost 10 years later, the rules around blood donation are changing. From Monday, and for the first time in the UK, gay and bisexual men will be asked the same questions as everyone else in order to assess their eligibility to donate.

This is the culmination of many, many years’ hard work and campaigning from organisations and charities.

For the last six years, I’ve run FreedomToDonate, a campaign to ensure that anyone who wants to donate and can do so safely is able to.

After going to uni and starting in the world of Westminster as a career, I remembered that moment in the kitchen and realised that I wanted to do something about it and made it my mission to change what I saw as outdated and unfair rules.

Building a team around me, we set about growing a base of political and public support, gaining almost 50 MPs and Peers’ support, a petition with almost 75,00 signatures, public campaigns and directly lobbying the Department for Health and Social Care (DHSC) and Number 10.

We’ve sat on the steering group within the DHSC and were the first people to call for an individualized risk-based policy, asking everyone the same questions regardless of their gender or sexuality to assess their potential to donate.

For many, it’s long overdue. And when we set about the campaign, no one could deny that the previous rules were certainly in need of updating.

Blood donation is one of those issues that often passes under the radar. For this reason, governments have managed to avoid updating the rules in line with current medical evidence, until now.

The reason I’ve been so passionate about this campaign goes back to my grandad surviving a major operation. This happened while I was still at college, in 2007.

He and my grandma were like a second set of parents growing up. I went round to their house, which was only around the corner, almost every day and whatever we weren’t allowed to do at home, we probably got away with at Grandma and Grandad’s.

So when my mum told me that Grandad was in hospital and going through an operation on his heart, naturally, it hit us all very hard.

Thankfully, he pulled through, but that was in part due to the eight pints of blood that were needed throughout the operation. Those eight pints, and the incredible medical professionals who looked after him, saved his life.

So shortly after, when we were helping him back on his feet, my parents suggested that we donate blood as a way to repay those donors who had given theirs for my grandad.

It’s always been both a disappointment and almost a source of shame that I’ve never been able to make that small yet significant gesture of donating blood – this is what has kept me going through squeezing in a campaign alongside my day job as a director at campaigns and social strategy firm, Purpose Union.

The FreedomToDonate campaign has ended up as an official member of the working group alongside NHS Blood and Transplant advising and supporting on the new world-leading policy.

We also now support groups around the world, as we know countries followed suit after the UK changed its policy back in 2017.

It seems a long way away from standing in the kitchen and making that promise to myself that I’d see this through to the very end, but it’s something I know my grandad would be very proud of if he were still with us.

And now for the first time in my life, along with many thousands of gay and bisexual men, I will soon have the opportunity to make that small yet incredible gesture of donating blood.

I’ve booked an appointment first thing on Monday morning when the rules change on 14 June and will be one of the first donors in the country to take advantage of the more inclusive approach being introduced.

For many gay men who have felt excluded, even discriminated against, it will be a landmark moment and a step towards a truly fair and inclusive blood donation system, which ultimately benefits us all.

I’m now in a relationship with the beautiful man named Sören, who I proposed to and plan on spending the rest of my life with.

We both feel excited, if a little nervous, about donating, but mostly relieved that for my family, I’m able to finish what I set out to do all those years ago.

I also believe it sends a wider message of inclusion, that for a community that has grown up being excluded and told they were ‘different’ from others, they are finally not ‘othered’ and sidelined.

And for any gay or bisexual person, regardless of whether they have one or multiple sexual partners, a system that assesses people on their individual sexual activity, rather than generalising them and excluding them, I believe will unlock thousands of new donors who can now play their part in a system which is often ignored but literally life-saving.