ARSENAL fans were left in disbelief that Sander Berge was not sent off for a horror challenge on Pierre-Emerick Aubameyang.

The Sheffield United midfielder escaped with just a yellow card after a late tackle on the 31-year-old in the 39th minute. 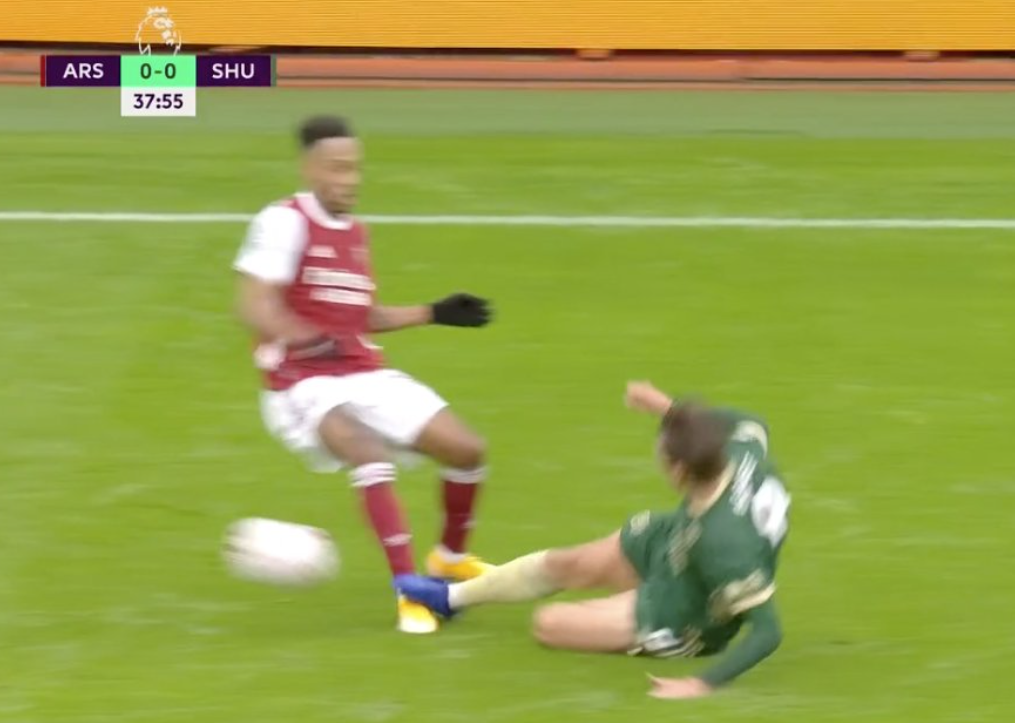 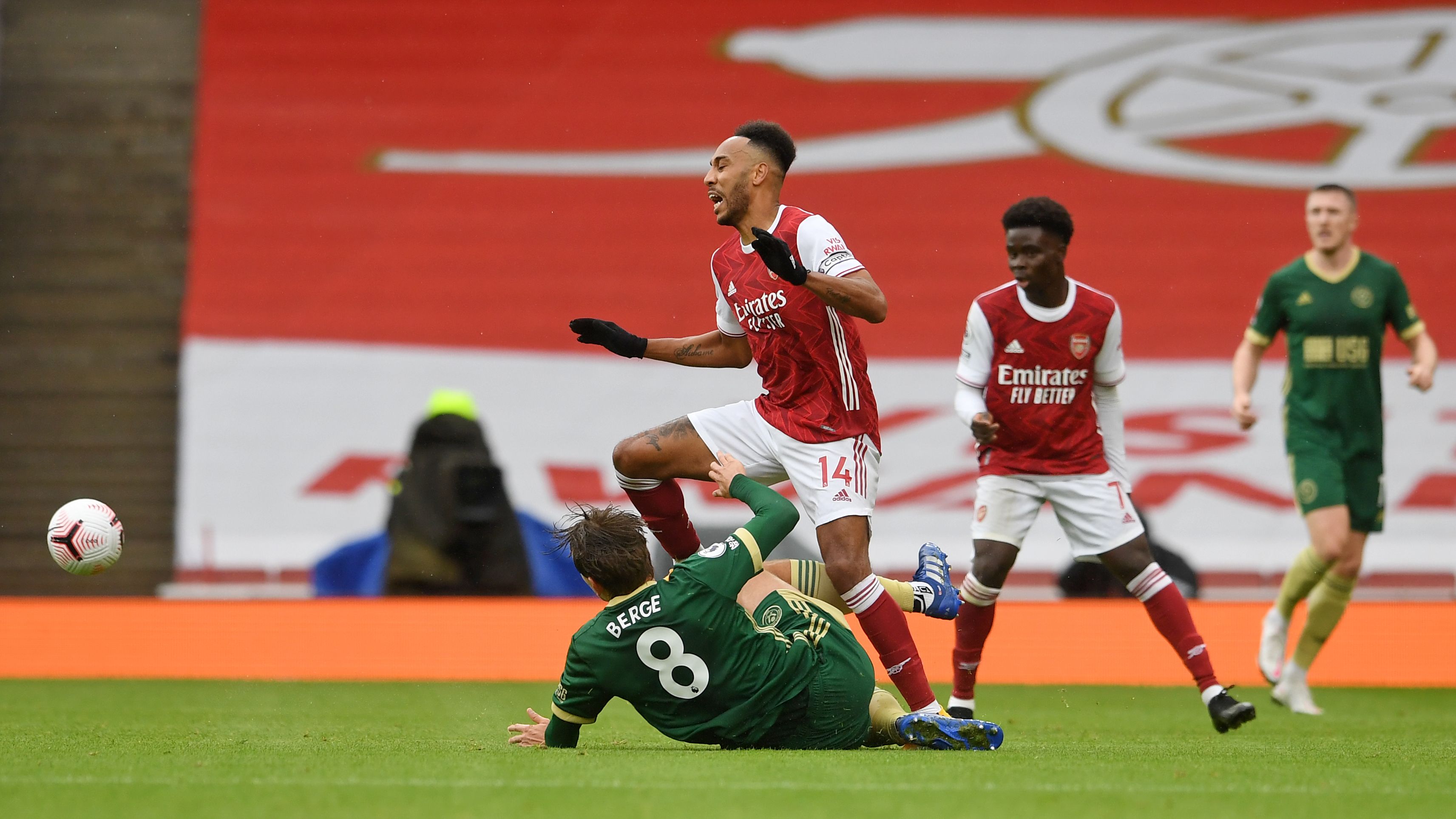 Aubameyang was left writhing in agony on the ground, and replays showed the Norwegian was lucky to not be given his marching orders.

The challenge was almost identical to the one that saw the Gabon striker issued with a red card against Crystal Palace last season.

And Arsenal fans were enraged that Berge stayed on the pitch, as one tweeted: "That Berge tackle on @Aubameyang7 surely is a red card."

Another vented: "How the f*** has Berge NOT got a red card for that tackle on Aubameyang?!

"He jumped off the ground and went studs first into his ankle."

A third added: "Auba got sent off for the same thing against Palace."

Meanwhile one remarked: "Of course, this is clear red card, but unfortunately Auba plays for Arsenal."

One simply stated: "That’s a very clear red card. Even a blind ref should be giving that." 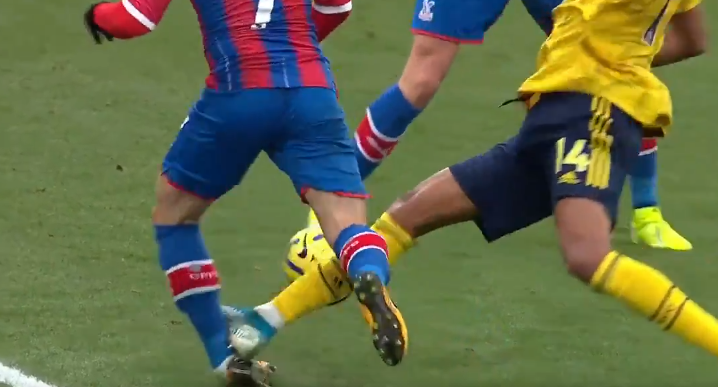 Thankfully for Arsenal fans, Aubameyang managed to finish the clash as the Gunners narrowly edged out the Blades.

Bukayo Saka broke the deadlock with a header in the second half, with Nicolas Pepe doubling the hosts' lead with a curling strike into the far corner.

David McGoldrick pulled a goal back late on, but the North Londoners held out to claim their third win Premier League win of the season.