ARSENAL are hopeful Bukayo Saka only suffered knee bruising after he limped off injured at Leeds on Sunday.

The star winger will miss the Gunners' Europa League trip to Molde tomorrow but should be back in action soon after. 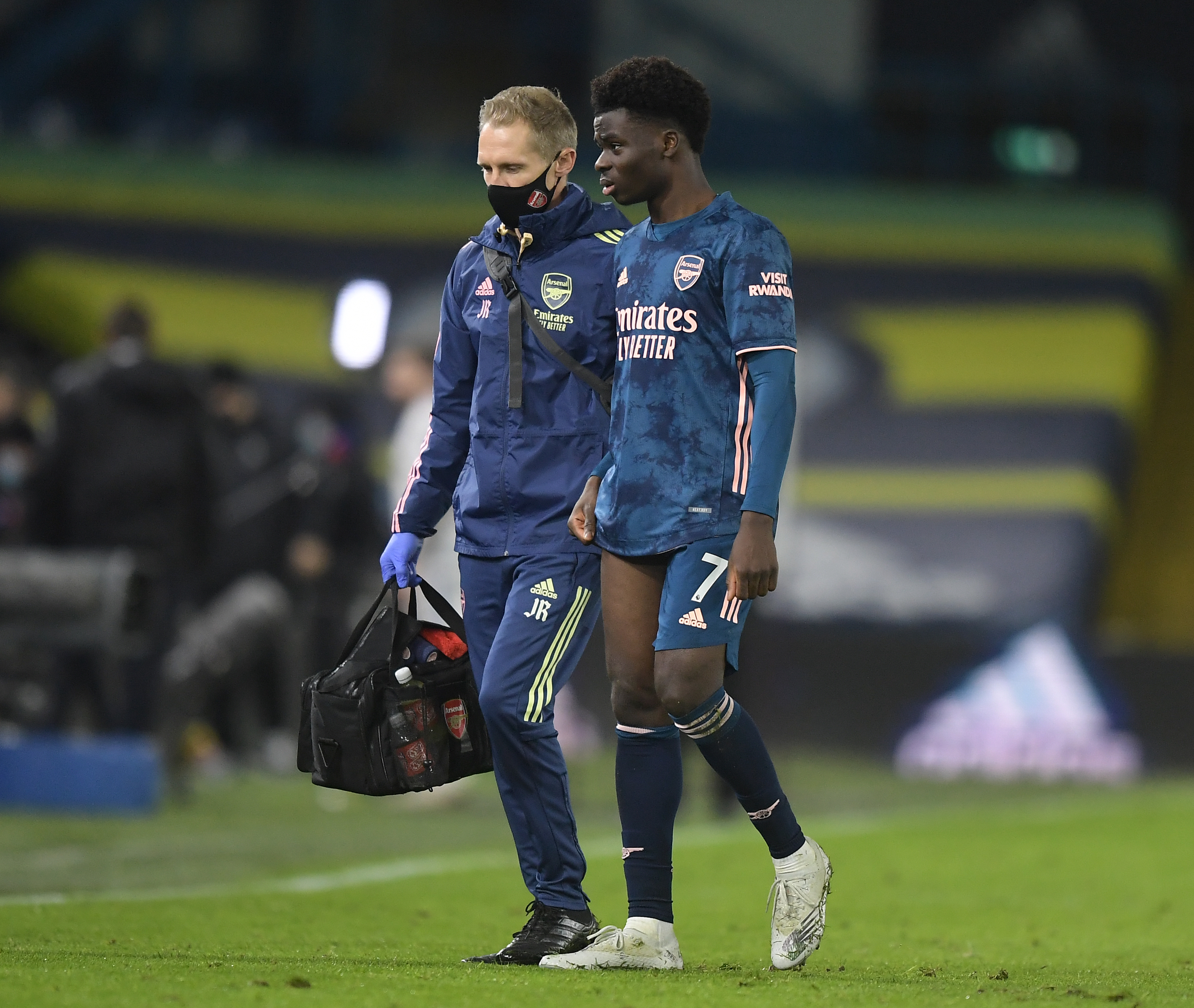 Saka, 19, came on as a second-half substitute in the 0-0 draw at Elland Road before he was forced off soon after.

He hurt himself in a challenge with Ezgjan Alioski.

And after trying and failing to play through the pain, Saka was replaced by Ainsley Maitland-Niles.

Having since been assessed by Gunners' doctors, the teenager has been ruled out of tomorrow's game in Norway.

But medical staff are hopeful it is just bruising and nothing more sinister, according to the Mail.

Arsenal host Wolves in the Premier League on Sunday night which could also be too soon for Saka to return.

But the North Londoners are said to be confident he will avoid a 'lengthy lay-off'.

Saka has become a key figure in Mikel Arteta's side this season.

The England international has played 12 times in all competitions – including seven in the Premier League.

He bagged a goal and two assists in that time – while his versatile nature has also seen him become a prized asset.

Arteta has taken a young squad to Norway for tomorrow's Group B clash.

And he could start up to FOUR youngsters with Miguel Azeez, Ben Cottrell, Joe Willock and Folarin Balogun in the squad.

The group were seen arriving at Luton airport yesterday for their trip to Scandinavia.