Jana Kramer’s relationship with her ex-husband Mike Caussin has been a roller coaster of emotions. The pair tied the knot in 2015 and a year later the country singer and the former NFL player separated after his infidelity was revealed, per Us Weekly. But the former tight-end checked into rehab for sex addiction and the pair ended up renewing their vows in 2017. Despite the work the pair put into their marriage, even co-writing a book about overcoming their marriage struggles, the “One Tree Hill” star filed divorce docs in April citing “inappropriate marital conduct” and “adultery,” according to Us Weekly.

Kristin Cavallari, just one year earlier, shared an Instagram post revealing that she and her husband Jay Cutler were splitting after 10 years together, via People. The pair share custody of the three children they have together and appear to have kept a close co-parenting relationship.

Since the “Uncommon James” founder and musician have known each other since filming “Spring Breakdown” together in 2009 and both live in the Nashville area with young kids, fans want to know what Cavallari and Kramer’s relationship is really like. Especially in the wake of this shocking news…

Kristin Cavallari has 'a lot of advice' for Jana Kramer 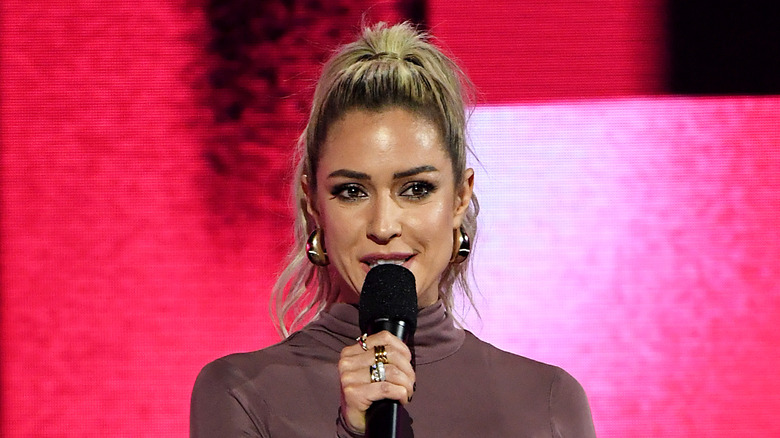 Kristin Cavallari has been a great source of comfort for the “I Got the Boy” singer during her divorce from former NFL player Mike Caussin. “Jana is using the same lawyer Kristin is using in her divorce, so Kristin has a lot of advice to offer Jana, especially since it’s been a year now,” a source told Us Weekly. “Jana and Kristin always chat about their kids and motherhood, so now Kristin can surely help her with single mom stuff since she already is a pro at this.” The “True Comfort” author told Us Weekly a year after announcing her divorce that she is in a good place. “I have goals, obviously, but I’m just being more present and that feels really good. … I’m just more at peace in general.”

Her positive attitude appears to be rubbing off on the “Whine Down” podcast host as well. “I think I had to just take some time to be alone, but I’m starting to dip my toes in again,” Kramer revealed to People. “There’s still a lot of work I have to do healing-wise, but I am entertaining things.”

Still, one source told People that the two aren’t exactly super close. “Kristin and Jana are just acquaintances and have only met twice. They’re not friends.” As for why that‘s important, keep reading.

Jana Kramer was spotted out with Jay Cutler 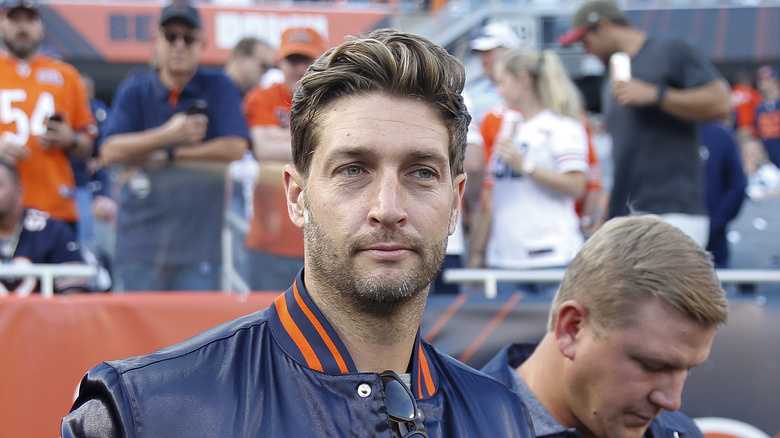 Since her split from Jay Cutler, Kristin Cavallari has re-entered the dating pool. In fact, she and country singer Chase Rice have been seeing each other for about a month, a source revealed to People. But Jana Kramer might be moving on with someone Cavallari likely won’t approve of.

According to the Instagram account @cocktailsandgossip, Kramer and Jay Cutler were spotted dining at Bourbon Steak and having drinks at L.A. Jackson. “Both Jay and Jana left in one car. [My friends] said it was a black Tahoe and left together,” the tip read, according to Heavy. Another insider corroborated the story, telling the Instagram account, “I was on the elevator with them before they went to dinner and they were totally together.” Another source wrote in saying Cutler and Kramer “stayed at the wine bar for like 45 minutes max,” and were “very handsy.”

A People source claims this was all an act to get the “True Roots” author riled up. “Jay was trying to make Kristin jealous by going on this public date with Jana,” the insider claimed, emphasizing that they went out on “one date.” “He’s not happy she’s dating Chase and has been trying to get Kristin back.” Time will tell if the rumors turn out to be true!