The team, which included researchers from Imperial College London, drilled 30 metres below the ice of West Antarctica to find fossilised remains dating back 90 million years. Their analysis of the preserved roots, pollen and spores showed the world at that time was a lot warmer than previously thought. Led by geoscientists from the Alfred Wegener Institute in Germany, their work suggests summer averages in this Cretaceous environment would have been in the 20Cs (68Fs).

Their findings, published in the journal Nature online, suggests Antarctica once had a thriving rainforest.

A video announcing the finds, detailed earlier this month: “A mission to the Antarctic has revealed fossilised plant roots preserved deep under the ocean since the time of the dinosaurs.

“It seems this freezing landscape was once home to a lush forest.

“Johann Klages and his team set out on a ship with a special drill to extract a core of material stretching down 30 metres into the seafloor. 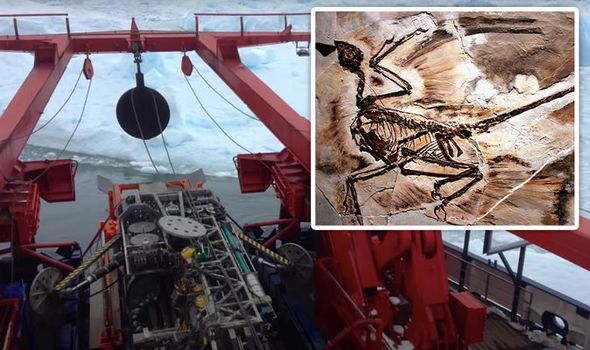 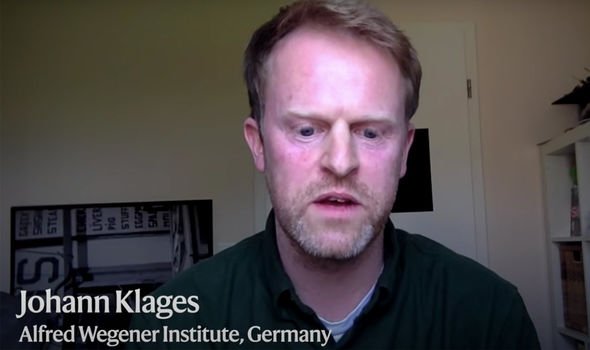 It was very unusual

“Studying the core, including analysis of fossilised pollen and spores, is revealing more about the environment of this ancient rainforest.

“This was one of the warmest periods in Earth’s history, with carbon dioxide levels several times higher than they are today.”

Dr Klages explained how the team took a CT scan of what they found.

He said: “90 million years ago, a temperate rainforest existed in West Antarctica, only 900km away from the South Pole. 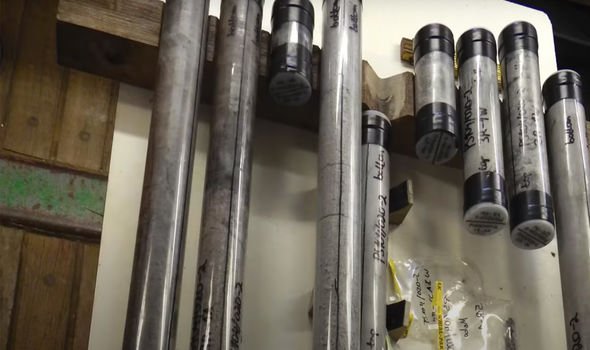 “When we extracted the core, we could already see what was inside and that it was very unusual, therefore we decided to scan them in a CT scanner back home.

“What we see here is an overview of the CT-scanned core and the yellow strata that we see is the sandstone, and now we transition into the network of fossil roots, and we can nicely see how the roots are connected with each other and are pristinely preserved.

“We have thin roots, we have thick roots and it’s really a network as you would get in a forest near you if you drilled down.”

Dr Klages said that it is likely dinosaurs would have roamed the continent more than 90 million years ago. 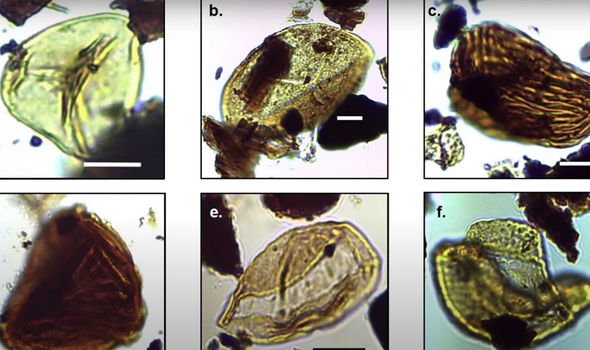 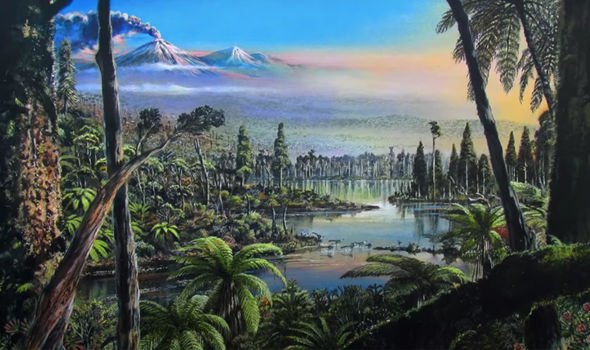 He added: “It revealed a very warm temperature for this latitude and annual mean temperatures that are similar to those of northern Italy.

“It would be very certain that also dinosaurs and insects lived in that environment and in an environment that was dark for about four months during the year because we have the polar light.

“These extreme greenhouse climates are important for us to understand in full detail because it allows us to look into the future of how the planet will look if we excessively emit CO2 as we do now.”