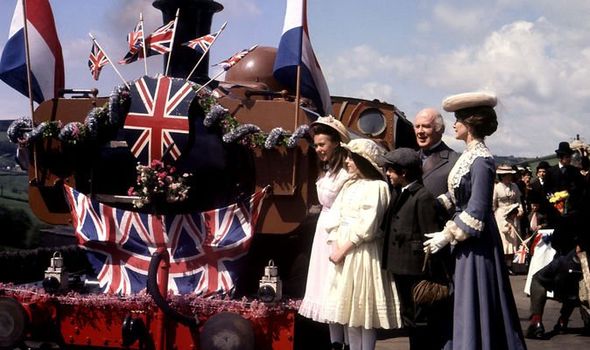 Keighley & Worth Valley Railway will be marking the 50th anniversary of The Railway Children film over the August Bank Holiday. Based on the original novel by E Nesbit and directed by Lionel Jeffries, this timeless classic was beautifully filmed and performed.

Keighley & Worth Valley Railway and the surrounding towns and villages were used extensively in the 1970 film and several of the railway’s steam locomotives also featured.

Visit the beautifully preserved Oakworth station and walk in the footsteps of Roberta, Phyllis and Peter on the self-guided Railway Children walk.

125TH ANNIVERSARY OF THE NATIONAL TRUST, NATIONWIDE, THROUGHOUT 2020

To mark its big birthday, the National Trust is drawing inspiration from one of its founders, Octavia Hill, who said: “The need of quiet, the need of air, and I believe the sight of sky and of things growing, seem human needs, common to all men.”

With these wise words in mind, the Trust is focusing on encouraging the nation to take notice and connect with places in the here and now, at the places it cares for.

It is also showcasing activities that can be done anywhere, in the outdoors or on your doorstep. The idea is to offer reasons and reminders to live in the present and to pause for beauty and wonder, which belong to all of us.

250TH ANNIVERSARY OF GILPIN’S WYE TOUR, THE BIRTH OF TOURISM IN BRITAIN, CELEBRATED THROUGHOUT 2020

When Reverend William Gilpin took a trip to the Wye Valley in 1770, it was heralded by many as the birth of tourism in Britain.

More precisely, the anniversary marks 250 years since Gilpin took a boat tour down the River Wye and wrote Britain’s first travel guide. His book, Observations On The River Wye, might not have the catchiest of titles but it helped boost the popularity of the area and started the fashion of picturesque tourism.

The ‘Wye Tour’ became one of the first package holidays, with tourists dining at specific locations, visiting viewpoints and of course taking a trip down the river by boat with picnics on board.

Today Ross on Wye is just as scenic, plus it has a great vintage shopping scene, festivals, riverside walks, fishing, canoeing and paddle boarding. 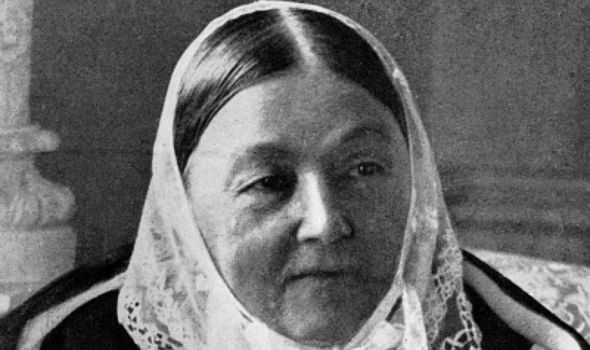 The World Health Organization has designated 2020 the International Year of the Nurse and Midwife, in honour of the bicentenary of Florence Nightingale’s birth.

Famed as the founder of modern nursing, Nightingale was aVictorian English social reformer who came to prominence during the Crimean War. She is probably the world’s most famous nurse but she was also an influential statistician and a female icon within her own lifetime.

Pay your respects to The Lady with the Lamp, as she became known, on a Blue Badge Guide-led Nightingale walking tour through London, or book a night at her childhood home, Lea Hurst, in the Peak District.

Join the bicentenary celebrations at the Florence Nightingale Museum in London and other locations around the country. 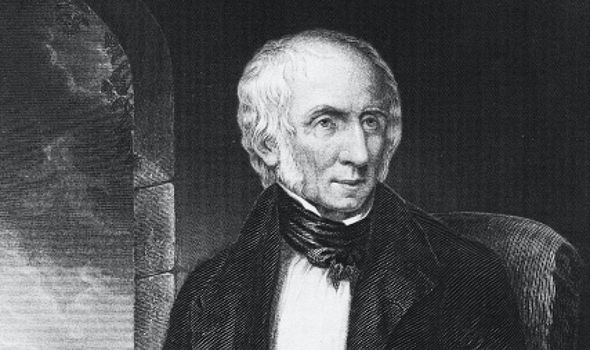 It is 250 years since the birth of William Wordsworth, one of the world’s most celebrated poets.

Known for some of the greatest works in English literature, including The Prelude and Daffodils, and as one of the founding fathers of the global conservation movement, Wordsworth is forever linked to the Lake District. His Guide Through The District Of The Lakes, published in 1820, heralded the beginning of mass tourism to the area.

To mark the anniversary, Dove Cottage & the Wordsworth Museum are undergoing a £6.2million project. ‘Reimagining Wordsworth’ will make Dove Cottage more interactive, with an authentic restoration bringing the sights and sounds of his former family home to life for contemporary audiences.

The Wordsworth Museum will be expanded and modernised with new galleries to host books, fine art and manuscripts. There will also be a new space for exhibitions and workshops, alongside walking trails and a viewing station to help visitors connect Wordsworth’s poetry to the landscape that inspired him. 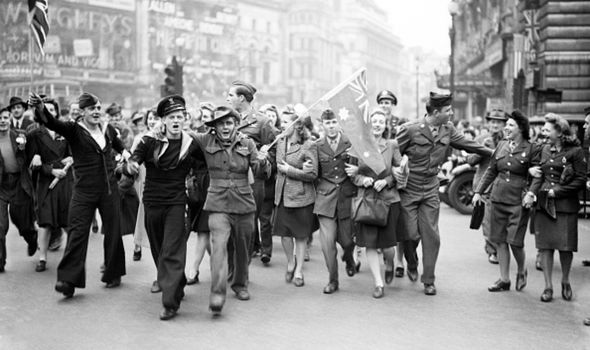 The early May Bank Holiday has been moved back by four days to Friday May 8 to coincide with the 75th anniversary of Victory in Europe Day.

Pipers all over the UK and around the world will be playing Battles O’er, the traditional march played at the end of a battle, followed by VE 75 Years, a new tune written especially for the celebration. Musicians taking part will perform the marches in their gardens or standing outside their front doors after The Last Post is played at nine UK locations at 2.55pm on May 8. At 3pm the country is invited to stand and raise a glass in the ‘Nation’s Toast to the Heroes of WorldWar 2’ to pay tribute to the many millions who gave so much during the years of war.

This is not the first time a bank holiday date has been moved. In 1995, the early May Bank Holiday was changed to mark the 50th anniversary of VE Day.

On September 16, 1620, the Mayflower set sail from Plymouth, transporting 102 pilgrims across the Atlantic to New England.

The voyage became one of the most famous in early American colonial history.

Eleven towns and cities in England are participating in the Mayflower 400 programme, with Plymouth leading the plans. It has already unveiled projects including renovations to historic city buildings, a world-class Mayflower monument, a history trail and a new history centre.

Other highlights include the Mayflower Muster display, part of Mayflower week starting September 14. The main commemoration ceremony 400 years to the day will involve the Royal Marine Band and a 1,000 voice choir with representatives from four nations – UK, USA, Netherlands and Wampanoag Native American tribe. 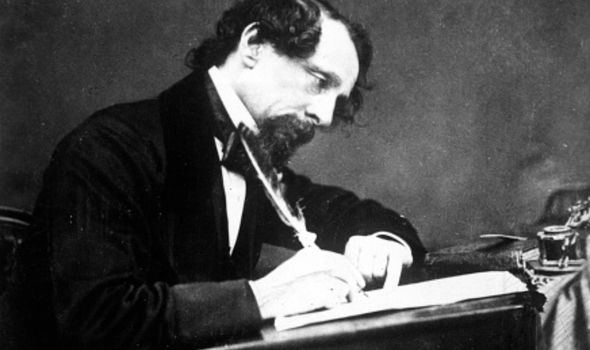 After his death on June 9 1870 in Kent, Charles Dickens was laid to rest in Poets’ Corner, Westminster Abbey.

Born in Portsmouth in 1812, Dickens spent much of his working life in London, writing novels such as Great Expectations and Oliver Twist. He also has links to Manchester and Bradford in Yorkshire.

TheV&A has co-curated programmes and displays in the run-up to the anniversary, as part of its two-year ‘Deciphering Dickens’ research project. More events will be announced in due course.

Most famous as the author of The Natural History and Antiquities of Selborne, Gilbert White is considered to be the first ecologist.

GW300 is a partnership dedicated to raising White’s profile for his pioneering work, observing and recording nature. Charles Darwin even made a pilgrimage to White’s home in Selborne, Hampshire, before setting off on his famous voyage.

The heart of the commemorations will be at White’s home and gardens in Selborne; it’s now Gilbert White & The Oates Collections, a dedicated visitor centre celebrating his life and achievements.

50TH ANNIVERSARY OF ALL CREATURES GREAT AND SMALL, VARIOUS LOCATIONS THROUGHOUT 2020

James Herriot’s enchanting memoirs All Creatures Great And Small were first published in 1970. His tales, based on his veterinary practice in a small Yorkshire town, became so popular they were turned into a TV series, and the local area became known as Herriot Country.

A new six-part series of All Creatures Great And Small is being filmed to mark the 50th anniversary of the publication of Herriot’s first book. There will also be celebrations at The World of James Herriot, which is set in the Yorkshire vet’s fully restored 1940s home and surgery in Thirsk.

50 YEARS OF THE MA IN CREATIVE WRITING AT UEA, NORFOLK, AUTUMN

The UK’s most prestigious creative writing programme turns 50 in 2020.

Ian McEwan, author of Atonement and On Chesil Beach, was the first student on the University of East Anglia’s Creative Writing MA course; other notable alumni include Kazuo Ishiguro, who wrote The Remains Of The Day, and Naomi Alderman, author of The Power.

The University of East Anglia will begin celebrations for the anniversary in September with a series of events and activities leading to a public exhibition during spring 2021.