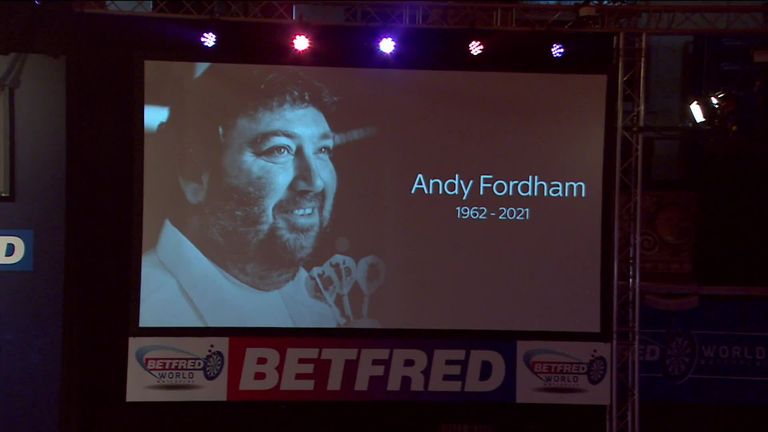 Andy Fordham is gone, but he won’t be forgotten. Wayne Mardle says the darting world will miss a legend after the 59-year-old died following a long battle with his health.

Fordham, regarded as one of the most popular players in the sport by opponents and fans, won the 2004 BDO World Championship at the Lakeside, beating Mervyn King in a thrilling final.

Nicknamed the Viking and instantly recognisable for his huge frame, at one point weighing 31 stone, he stormed to a memorable 6-3 win over King to put his name alongside some of the greats of the game.

So very saddened to hear of the passing away of Andy Fordham.
Not only a great friend but a sporting legend who I had the pleasure of knowing for many a year.
Our thoughts are with Jenny and the family. RIP my friend pic.twitter.com/kmMlYhVeVh

Speaking during the World Matchplay, Mardle recalled the time when he was forced to share a hotel room bed with Fordham.

“We were doing exhibitions in Holland from 2000 to about 2006 and I’ve shared hotel rooms with Andy and there was one time when we shared a bed. There was a mix-up with the hotel rooms, let’s say,” laughed Mardle.

“He was brilliant to be around. He was a fun character, he was a masterful and brilliant darts player but he was a better human being than that. I’ll miss him, of course, and the darting world will miss a legend, that’s for sure.”

To my great friend and buddy Andy Fordham, to know you was to love you from my heart. We spent years together, and had so much fun. I’m torn apart. My respect to Jenny and all the family. 🥲🥲🥲🥲🙏 RIP Mate 💔

Fordham was born in Bristol in 1962 as the eldest of four children but grew up in south east London.

His interest in darts coincided with the discovery of pubs and the two went hand in hand for much of his life and career. The limelight and a raft of personal appearances came with free drinks – and he was not one to turn down a drink.

After being taken ill during a champion of champions meeting with Phil Taylor several months after his world title win, the full extent of Fordham’s issues were discovered.

He was being told by doctors his liver was 75 per cent dead, the remaining 25 per cent was not in great condition, and that he had to stop drinking immediately. But Fordham continued to struggle with health issues, including the need for a life-saving bowel operation in 2020. 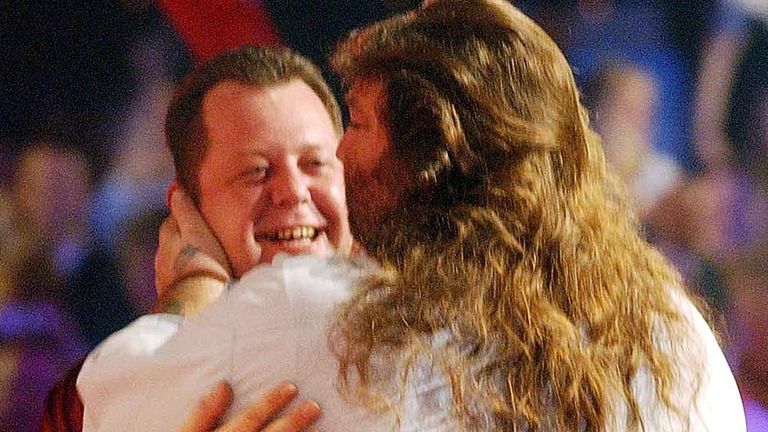 “I always said to him he was lucky I let him win. It was great to play Andy in the final, being a good friend. We had been friends for a lot of years and it was one of those things you hope for but never think will happen. The game itself, I can’t really remember agreat deal about it apart from the 101 checkout I had and his winning dart where he hit the double to win.”

Three-time world champion John Part was a long-time friend of Fordham, and he paid his own tribute to the Viking.

The Canadian said: “From the first time I travelled to England to play the Welsh Open after I won the BDO tournament in 1994 I was staying with Martin Adams and we were driving from where he lived near Peterborough to Wales and we picked up Andy along the way.

“We had a long car ride with Andy so we really got to know him. To know Andy there were never any problems, or anything but levity and joy really.

“We soon found out how well he could play darts. He was extremely talented and a dangerous opponent around the time I was playing in ’94, it took him 10 years to become a world champion from that point. It was never a surprise, but in fact people were surprised it took him that long.

“He had a talent for sure and he knew it.”

RIP Andy Fordham, I didn’t know you well but I sure knew how great a guy you were and how much everyone in darts loved you. Rest in Peace @viking180. Heaven has gained another darts legend 💙 pic.twitter.com/QGLcBXk17R

Just heard the devastating news that Andy Fordham has passed away. He was a gentle giant and loved by all. Our condolences go out to his wife Jenny family and friends. RIP ANDY FORDHAM THE VIKING. pic.twitter.com/GvJqVp9x6J

Part recalled the moment Fordham won the world championship at the Lakeside, adding: “I just remember how solid Andy was that year. He was just too hard to beat and he was too consistent. He was just a wall. It would have taken a supreme effort to beat him that year.

“It was always fun to be around Andy. Especially back in those days when it was a lot less professional and a lot more casual. We had lives and maybe the players mixed a lot more back then.

“Andy would have been friends with everyone and on a personal level away from the darts, talking about his capabilities with the drink. It was exceptional that his personality never turned ugly. He really was a gentle soul.”

Darts is back on your Sky Sports screens with nine days of coverage of the World Matchplay from the iconic Winter Gardens running all the way through until Sunday, July 25. Check out daily Darts news on skysports.com/darts, our app for mobile devices and our Twitter account @skysportsdarts