A source tells HollywoodLife EXCLUSIVELY that the actress is ‘open to seeing where things go’ with her rumored beau.

Amid the return of Bennifer 2.0, Ana de Armas has moved on. The Knives Out actor, 33, has been linked to Tinder executive Paul Boukadakis since her split from Ben Affleck in January. The two have reportedly been seeing each other for several months now — and while the rumored couple have gone on just a few dates due to Ana’s filming schedule for The Gray Man, Ana is “enjoying her time” with the VP. 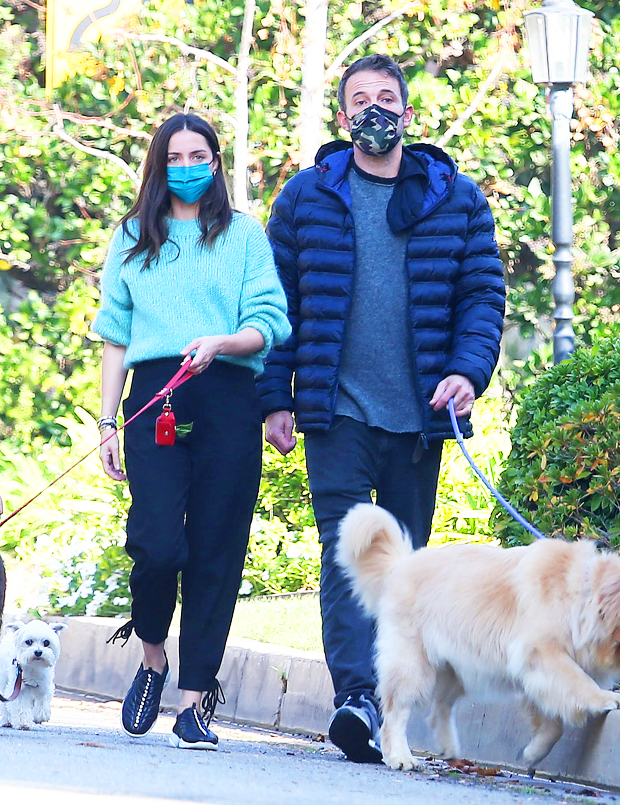 “Ana wasn’t able to spend much time with Paul over the last month since she had been filming in Spain, but Ana and Paul have been on a few dates and Ana has met Paul‘s family,” a source EXCLUSIVELY told HollywoodLife. “She’s even friendly with Paul‘s younger sister, Sunny. It’s not super serious right now, but she’s enjoying her time with him and open to seeing where things go.”

The romance rumors come after Ana deleted a photo of her and Ben (below) on Instagram sometime within the last month. According to the insider, the comments had become too much for the star. “People kept commenting about their past relationship on it and it was just best to take it down to avoid the whole thing,” the insider told HL. “She decided to keep another photo of them up that she had posted from her birthday last year which was buried in a slide of pics because it wasn’t the cover photo.”

As for Ana and Paul, the two were reportedly introduced through friends, per Page Six. “He is based in Austin, but splits his time between Texas and Santa Monica,” a source told the publication. “He has been spending a lot of time with Ana before she left the U.S. to film her new movie.”

The Tinder VP is the first man the actor has been linked to since her highly-publicized split from Ben. The two, who met on set of their 2021 film Deep Water, called it quits after about a year of dating — one filled with various quarantine strolls and Dunkin’ runs. A source told People that the two just weren’t on the same wavelength anymore. “Their relationship was complicated,” the source said. “Ana doesn’t want to be Los Angeles based and Ben obviously has to since his kids live in Los Angeles.” Ben, for his part, has since rekindled his romance with ex Jennifer Lopez.

At least we’ll always have the cardboard cutout photos.