No children should be dying alone, virus or not: AMANDA PLATELL on the tragic death of Britain’s youngest coronavirus victim aged just 13

Just over one week ago, 13-year-old Ismail Mohamed Abdulwahab was at home with his mum, six brothers and sisters, doing what we’re all doing, watching TV, warding off boredom, isolating at home.

The healthy lad described by his family as ‘a bubble of life’ then started showing coronavirus symptoms. Soon he had difficulty breathing and was raced to King’s College Hospital.

He told ambulance paramedics that when he grew up he wanted to be a vet, as he loved animals. These were Ismail’s last words. The boy with no known health issues was put on a ventilator, induced into a coma, then suffered a cardiac arrest. 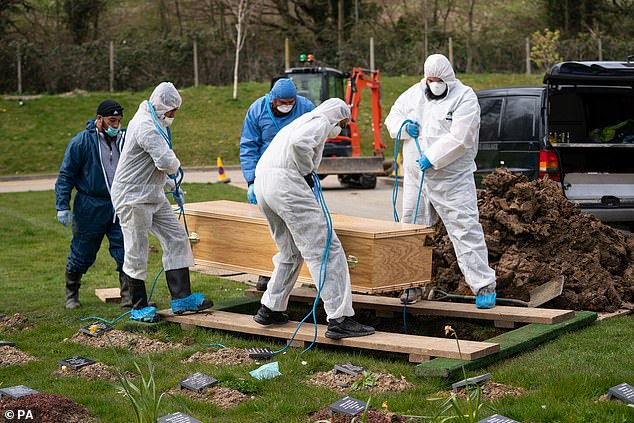 Just over one week ago, 13-year-old Ismail Mohamed Abdulwahab was at home with his mum, six brothers and sisters. On Monday he became the youngest fatality of Covid-19 in the UK.

He became the youngest fatality of Covid-19 in the UK.

Ismail died at 3am last Monday —without his mum, without his brothers and sisters, without anyone apart from the medical team who, we can be sure, tended him as lovingly as any strangers could.

How unimaginably heartbreaking — for him in his last hours, as well as for his family who desperately wanted to be with him but couldn’t be because of the virus.

No child should die alone. It is alien to all our instincts. No child should be without their mother at the end, robbed of her last loving words and with no hand to hold. 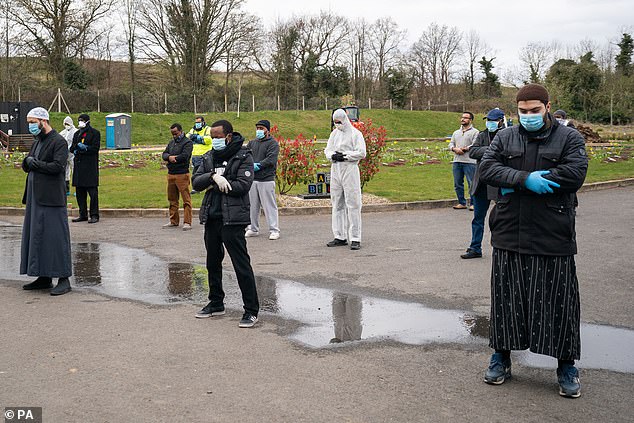 Ismail died at 3am last Monday —without his mum, without his brothers and sisters, without anyone apart from the medical team who, we can be sure, tended him as lovingly as any strangers could

As a family friend said, the fact no one was able to see Ismail compounded the sense of devastation. To make things still worse, it’s emerged that none of Ismail’s family — not his mother Sadiya nor his siblings — will be able to attend the funeral because two of them have developed mild symptoms, so everyone is quarantined at home.

We all understand the importance of isolation rules. But surely there should be allowances. Can’t we show compassion in cases like Ismail’s?

The Marie Curie end-of-life charity says they would like to see close family be able to visit loved ones in hospital, where possible and if it is safe to do so, arguing this is part of our duty of care to patients.

It is vital in this brutal fight against the virus that we retain our sense of humanity.

This does not mean a free for all for visits — it’s clear we need strict policies. But for a mother not to be able to visit a hospital where her son lies dying, strikes me as cruelty.

Surely we can do better — and offer a stricken family the comfort they deserve? 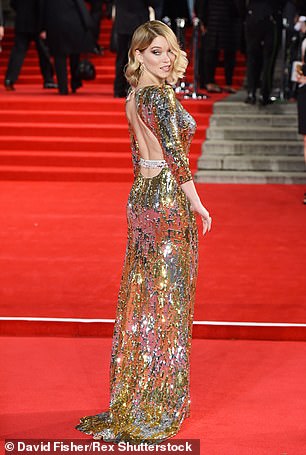 Bond actress Lea Seydoux refuses to play the ‘poor-me’ #MeToo card as she promotes No Time To Die.

She says the only person sexually objectified in the Bond movies is 007 himself: ‘Women, they love to see Bond. No? To see his body. No? I love to see sexy men in swimming suits.’

How refreshing to hear a woman admit she’s both shaken and stirred by the sight of Daniel Craig, or any fit man, in budgie smugglers.

Hurrah Gary Lineker — three words I thought I’d never write — for donating two months’ of his Match Of The Day salary to the British Red Cross to help fight the pandemic.

When this is over, we will all be judged by our actions.

Bernie Ecclestone is to become a dad again and will celebrate his 90th birthday just months after his first son is born to his third wife Fabiana, 44.

‘I’m happy really for my wife, now she’ll have something after I’m gone,’ he says. There will also be a share of his £2.5 billion fortune to console her and the child through the dark days without Bernie — although she might have a fight getting it off his two pampered princess daughters Petra and Tamara . . .

TV to mend our broken hearts

Last month I came upon the BBC’s The Repair Shop in which a bunch of experts and craftspeople restore beloved items. One woman brought the ancient teddy bear she was clutching when her adoptive parents found her decades ago.

It encouraged me to dig out and fix my Dad’s Gladstone bag that had been rotting in the garage and which was a gift from his parents on his 21st — his initials FEP in gold on the front are now faded.

The Repair Shop is a surprise hit with nearly three million regularly watching the show. Little wonder when, during these troubled times, we hold close to us those things we find priceless — but which are viewed as worthless tat by others. 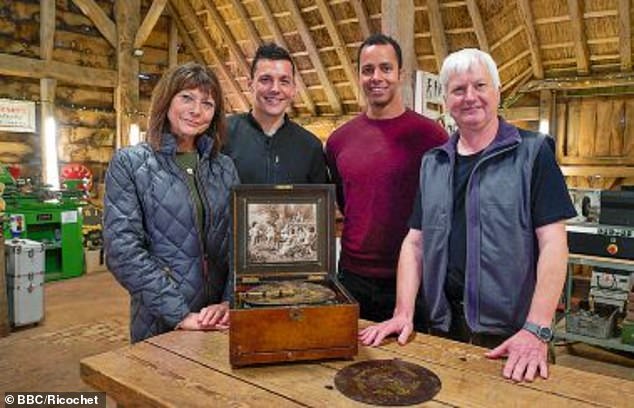 How comforting Prince Charles has been during this crisis. Yesterday he was opening the new Nightingale Hospital, speaking via video link, his voice still croaky and recovering from the virus.

Our future King spoke movingly, offered his ‘thoughts and prayers’ for those now suffering — a nice suggestion of the importance of faith at times like this, and a reminder that the baton is now increasingly being passed on from our beloved Queen to her heir.

Views on the virus

Covid-19 observations from my North London home, a quarter of a mile from the Royal Free Hospital, now the major coronavirus centre in these parts . . .

The good — That my friend Zoe, who insisted on continuing to work in Marks & Spencer on the tills, is now stable in intensive care in the Royal Free. Joyful news for all of us who love her, most importantly her husband and three sons.

The sad — Hampstead Heath’s car park has been given over to NHS staff only and on Wednesday evening I watched a nurse with her ID pass dangling from her neck walk wearily to her battered old car. Her modest engagement ring caught the sunlight as she got in, started the engine, leaned forward on the steering wheel, and wept.

And the ugly — Three enormous removal vans in fine burgundy and gold livery parked on double yellow lines near my home, reducing the road to the Royal Free to a single lane. I wonder if the millionaire mansion owners — who aren’t meant to be moving in lockdown — heard the sirens outside their home, from ambulances desperate to get past?

Amal Clooney is a fearless human rights lawyer fighting for those less fortunate than her. Odd then that in one of her and hubby George’s many mansions, the £12 million one in Berkshire, they’ve run into planning problems for a hut containing a toilet and tiny kitchen for their security staff. Evidently they’re too posh to share their many loos with the hoi polloi.

If you want a giggle, treat yourself to Meghan narrating Disney’s Elephant documentary.

One critic described the Duchess of Sussex’s first commercial venture outside the Royal Family as ‘her own spectacular torrents of schmaltz’.

It traces a brave, matriarchal elephant who sacrifices all to lead her family to freedom. Crikey, what next, Megs narrating a documentary of Nelson Mandela?