While NASA has spent millions of pounds on sending rovers to Mars in its hunt for evidence of life, one conspiracy theorist believes he has found the proof from his home. The supposed proof comes in the form of a fossilised mollusc, similar to an ancient ammonite found on Earth. NASA images show the apparent fossil embedded into a rock, and according to conspiracy theorists is evidence of past ancient marine life on Mars.

So clear is the evidence, according to prominent alien hunter Scott C Waring, that “NASA cannot dispute this”.

Mr Waring even goes as far as to say that NASA will not announce the finding as it is worried its budget might be cut if it did so.

Mr Waring made the claim on his blog UFO Sightings Daily and believes this is not the first piece of evidence NASA has found.

The conspiracy theorist believes the space agency has an “abundance” of evidence which it is refusing to release to the public. 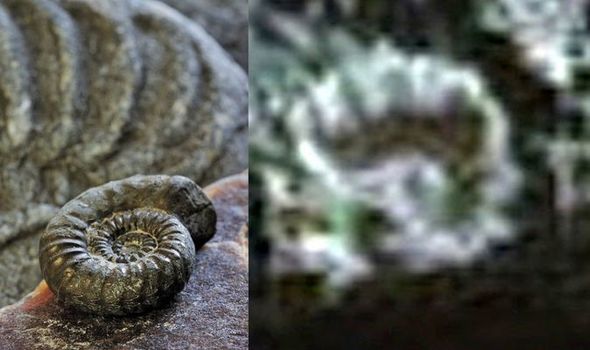 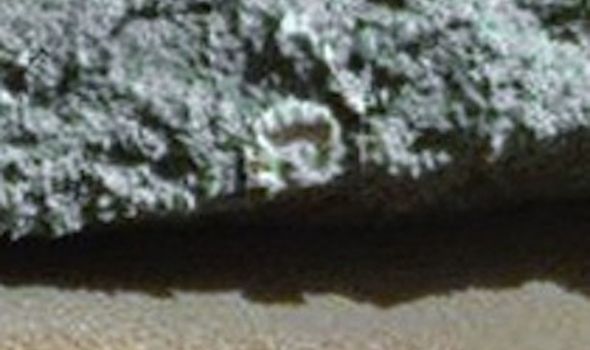 He said: “As the rover was taking photos, it inadvertently recorded ancient aliens sea life.

“I’m sure NASA would have covered it up had they seen it, but this does confirm that there was water on Mars.

“For some reason, NASA is saving this fossil information for when they need it – maybe a push to save NASA or a push for larger budgets.

“What this means is NASA cannot dispute this claim nor will they ever try. 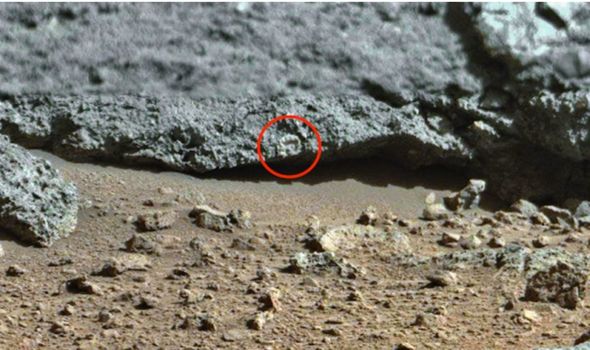 “NASA will not turn the rover around to reexamine this fossil, nor do they care, since they already have an abundance of Top Secret images that expose alien life on Mars.

“I have a similar ammonite fossil on my desk right now as I type this. It’s an ancient water animal, a kind of Mollusc.

“On Earth most these style of molluscs are 200 to 400 million years old, but on Mars, who knows?”

While Mr Waring believes “NASA cannot dispute this”, the space agency has in fact never claimed to have found concrete evidence of life on Mars. 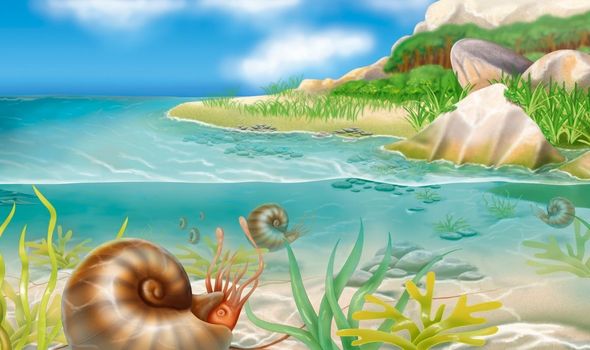 Instead, the ‘fossil’ is more likely a dent on the rock and Mr Waring is noticing a familiar pattern due to an effect known as pareidolia.

“There are many examples of this phenomenon on Earth and in space.”