CDC: Fully vaccinated people can travel in US

Alaska Airlines has banned a state senator for refusing to comply with face mask rules during travel.

Over the weekend, a spokesperson for Alaska Airlines confirmed that Sen. Lora Reinbold, R-Alaska, has been barred from flying with the carrier for continuing to refuse to follow the rules, the Anchorage Daily News reports.

“We have notified Senator Lora Reinbold that she is not permitted to fly with us for her continued refusal to comply with employee instruction regarding the current mask policy,” spokesman Tim Thompson said on Saturday. “This suspension is effective immediately, pending further review.” 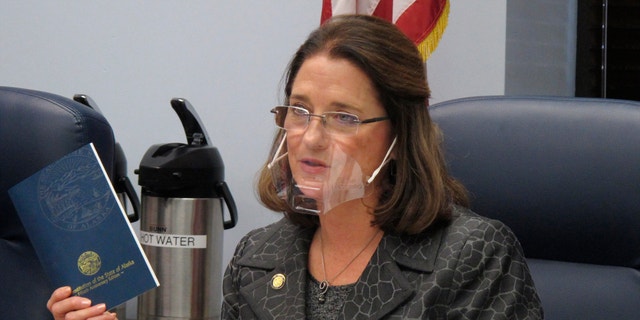 Alaska state Sen. Lora Reinbold, an Eagle River Republican, holds a copy of the Alaska Constitution during a committee hearing in Juneau in this January 2021 photo.
(AP Photo/Becky Bohrer, File)

“Federal law requires all guests to wear a mask over their nose and mouth at all times during travel, including throughout the flight, during boarding and deplaning, and while traveling through an airport,” he explained. Moving forward, the length of Reinbold’s ban will be determined by a review, Thompson said.

On Thursday, video footage hit Twitter of Reinbold appearing to argue with Alaska Airlines staff at Juneau International Airport over the PPE protocol, the Associated Press reports. In the quick clip, an Alaska staffer named Troy told the senator “We need you to pull the mask up or I’m not going to let you on the plane.” More specifically, Troy clarified that “We can’t have it down below your nose.” 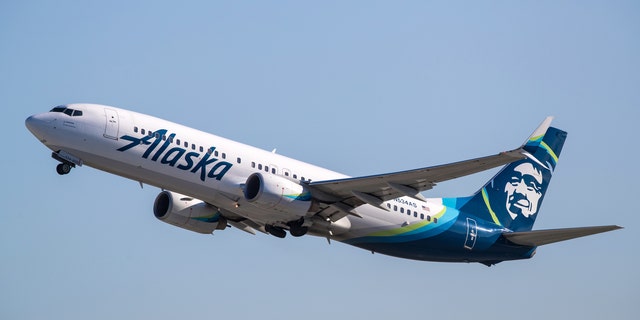 News of the Saturday ban made it unclear how the Eagle River rep would return to Juneau in time for a legislative session on Monday.
(iStock)

Speaking to the Daily News, Reinbold said that she had been asking about a “mask exemption with uptight employees at the counter,” adding that she was reasonable in her inquiry and was ultimately able to board the flight to Anchorage.

However, news of the Saturday ban made it unclear how the Eagle River rep would return to Juneau in time for legislative session on Monday. No other airline has scheduled flights between Anchorage and Juneau, and a ferry trip could take several days. Where there’s a will, there’s a way, however, and Reinbold made the trek by land and sea.

“Alaska I went to new heights to serve you and have a new appreciation for the marine ferry system,” the Last Frontier lawmaker posted on Facebook on Sunday. “I am keenly aware of the monopoly in air transport to Juneau that needs reviewed! Please thank my husband for giving up his birthday to make a long unexpected trip to Juneau by road/ferry system!”

A spokesperson for Alaska Airlines was not immediately available to offer further comment to Fox News.

The Associated Press reports that Reinbold has been a “vocal opponent to COVID-19 mitigation measures,” previously objecting to the airline’s mask policy, which was established before the federal government mandate this year.