The significance of the new Climate and Energy Minister Chris Bowen inviting the former NSW Fire and Rescue chief Greg Mullins to address his first media conference alongside other members of Emergency Leaders for Climate Action cannot be overstated. 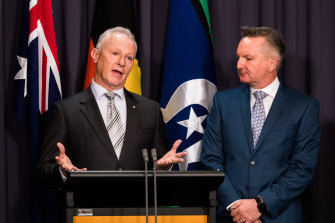 In 2013 the very first act of the Coalition government’s new environment minister, Greg Hunt, was to disband the Climate Commission, which had been created to provide expert advice to government on the climate crisis.

So dismayed were some sacked members of the group at the government’s wilful disengagement that they raised private funds and created the Climate Council from the bones of the old commission.

The Climate Council has since become one of the nation’s leading climate advocacy groups and a key source of reliable data and commentary on the issue. One of its projects was to form the Emergency Leaders group to inform the public and the government of the rising physical danger to Australians posed by climate change.

Months before the Black Summer bushfires began in 2019, the group wrote to then prime minister Scott Morrison warning of an impending catastrophe and asking for a meeting. The PM declined.

Now, within days of Labor’s victory, Mullins was surprised to receive a call from Bowen’s office, inviting him to Thursday’s meeting. He says the tone was engaged and committed. They discussed key problems across the sector. 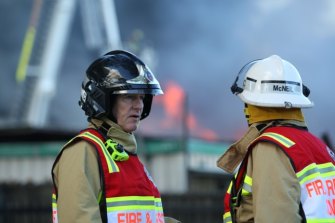 At the media conference afterwards Bowen said he was honoured to have the leaders there and welcomed their advice.

Mullins confirmed that his group believed the government’s 43 per cent carbon emissions reduction target was inadequate, while Bowen restated that it was the goal that Labor had secured a mandate to pursue.

He said he was relieved to be working co-operatively with government.

“It was a climate election,” Mullins said. “Australians have spoken. They’ve seen the disasters. They’re frightened about climate change.

“We’ve lost a decade and we must act. So we’re very pleased that we’ve been brought into the tent. It was pretty hard being outside the tent and knowing that a fire or a flood was coming.”

Climate Council chief executive Amanda McKenzie said the signal Bowen was sending with the meeting and the conference was crucial.

Speaking from Canberra’s airport later in the afternoon Mullins said he hoped the government would now consult the teal independents and Greens to work collaboratively on climate, and that the Liberal and National parties might learn something from a loss he believes was caused by its intransigence over the issue.

When asked about Barnaby Joyce’s call earlier in the day for more coal mining to address the energy crisis, Mullins sighed audibly.

A guide to the environment, what’s happening to it, what’s being done about it and what it means for the future. Sign up to our fortnightly Environment newsletter here.