The ULTIMUTT trip: Lucky greyhound bags a business class seat from Melbourne to Italy – and gets ‘spoiled rotten’ by doting airline staff

While millions of Australians anxiously wait for international borders to reopen, one lucky pup bagged a business class seat from Melbourne to Italy.

Lewis, a six-year-old greyhound, boarded a Singapore Airlines’ flight in September with his owner, Mary Meister, who decided to relocate to Florence after multiple lockdowns and the loss of her hospitality job took a toll on her mental health.

When she adopted Lewis in 2019, the US-born hotel worker had every intention of staying in Australia, but after being treated for anxiety, depression, and panic attacks, she knew she had to make a move – but couldn’t leave him behind.

Ms Meister spoke to her doctor and therapist who both agreed it was worth applying to have Lewis fly with her in the cabin, with the alternative being a three-days separation while he travelled as cargo. 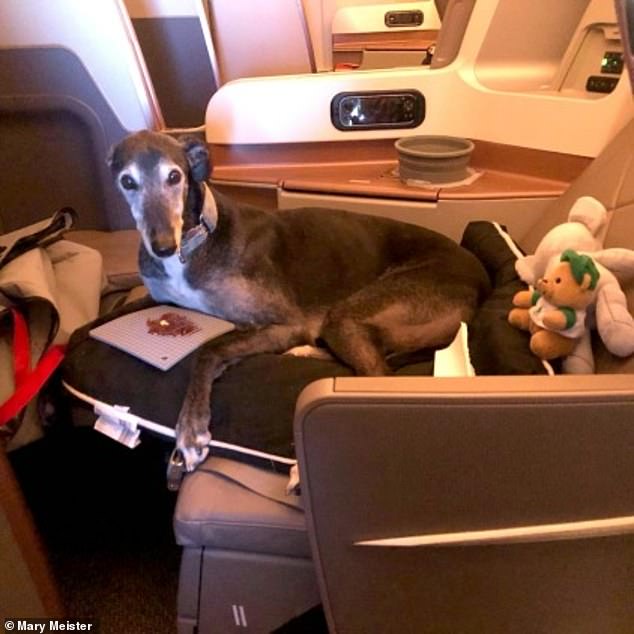 While millions of Australians anxiously wait for international borders to reopen, this lucky pup bagged a business class seat from Melbourne to Italy 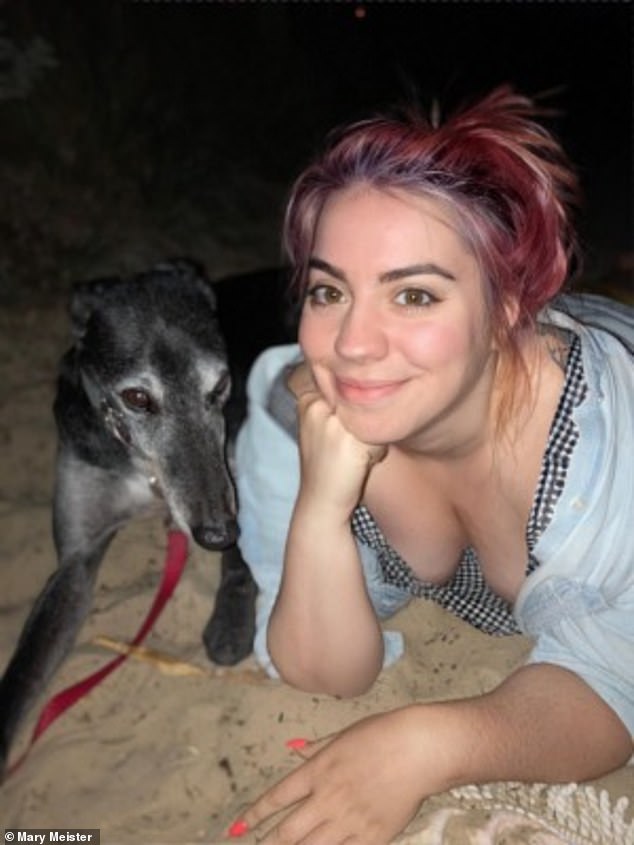 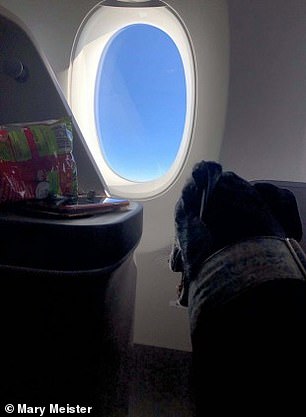 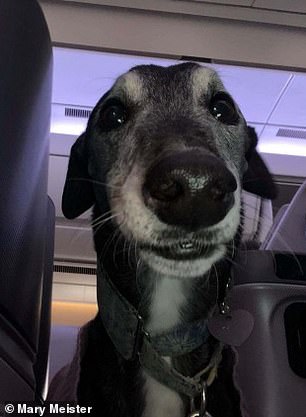 Flying high: Ms Meister was ecstatic when the airline agreed to allow Lewis to sit at her feet, but since the flight was virtually empty due to travel restrictions, she let him jump up on a free seat

Select carriers including Singapore Airlines allow ’emotional support animals’ to travel in the aircraft cabin without extra charge, provided an absorbent material must is placed on the floor beneath them at all times.

Ms Meister was ecstatic when the airline agreed to allow Lewis to sit at her feet, but since the flight was virtually empty due to ongoing travel restrictions, she let him jump up on a free seat.

‘He was very well behaved and stayed when asked,’ she told Traveller.

‘He definitely didn’t enjoy take-off or landing, but he slept for 99 per cent of the flight.’

While most can only dream of affording a business class ticket, the lucky pooch was treated to a reclining bed, a giant flat-screen TV and a crew of flight attendants to cater to his every whim.

Although she placed sanitary pads under him for any potential accidents, Ms Meister said Lewis stuck to his training and only relieved himself in outdoor areas of airports in transit.

The second leg of the journey fell on Lewis’ seventh birthday which saw staff ‘spoil him rotten’ with a spread of muffins, croissants, and pots of strawberry jam.

‘They all said he was the best behaved dog they’d ever had on a flight and they couldn’t believe how quiet he was the whole time,’ Ms Meister said.

She said he is loving his new life in Italy, which boasts off-leash dog parks where he has plenty of room to play.