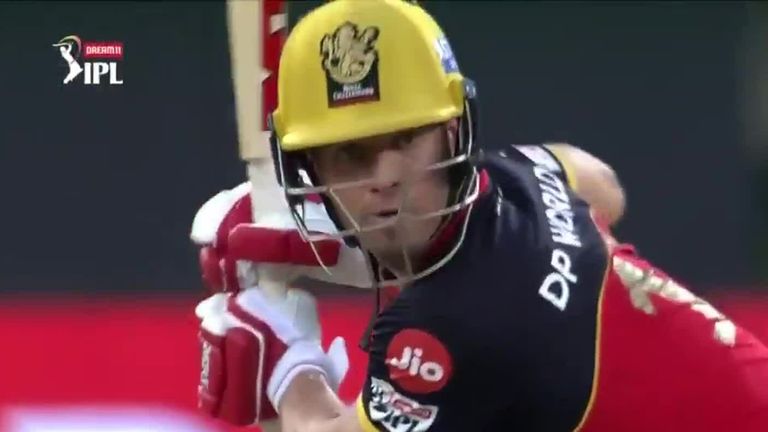 AB de Villiers produced another devastating IPL innings to take Royal Challengers Bangalore to a seven-wicket win over Rajasthan Royals with two balls to spare in a thriller in Dubai.

Banglaore began Jofra Archer’s final over needing 10 and after De Villiers and Gurkeerat Singh (19no off 17) scampered a combined five runs from the first three balls, the South African launched Archer over deep midwicket for the match-ending and fifty-sealing maximum.

De Villiers struck six sixes in total as he gave another reminder of his incredible talent, having creamed 73 not out from 33 balls in Monday’s thumping win over Kolkata Knight Riders. 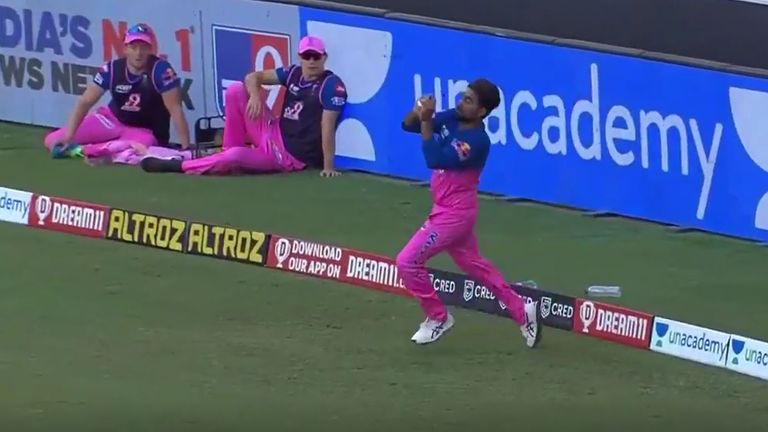 Steve Smith’s return to form – the Royals skipper hitting 57 from 36 balls after managing 44 runs combined in his previous six innings – and Rahul Tewatia’s outstanding boundary catch to remove Virat Kohli for 43 seemed to have Rajasthan on course but they were then destroyed by De Villiers.

Another South African, Chris Morris, had starred for RCB with the ball, taking 4-26 as he accounted for Ben Stokes (15) and Jos Buttler (24) – the latter having been dropped down the order from opener to No 5 – and then removed Smith and Archer (2) in a four-run final over.

It was a surprise when Buttler did not stride out to open with England colleague Stokes – but his replacement, Robin Uthappa, revelled in his promotion, smiting 41 from 22 deliveries.

The 34-year-old bossed Rajasthan’s best opening partnership of the season of 50, which ended when Stokes gloved Morris behind on the pull.

Uthappa nailed spinner Washington Sundar for four boundaries in the third over, principally with sweeps, and had hit eight boundaries in total before he slog-swept Yuzvendra Chahal to Aaron Finch at deep midwicket. 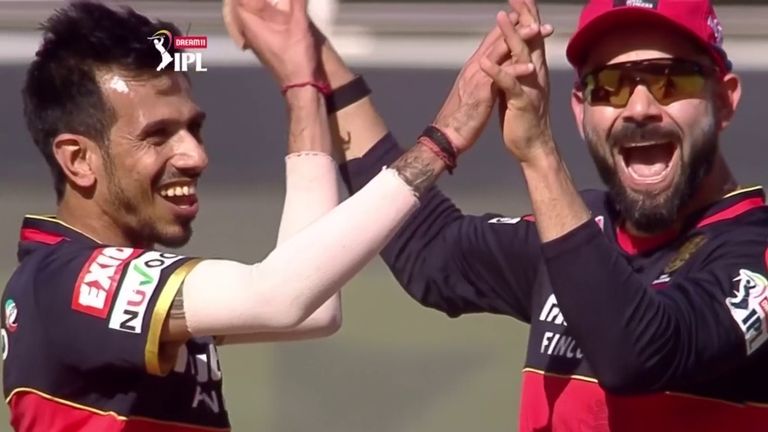 Leg-spinner Chahal dismissed Sanju Samson (9) next ball – revenge for Samson creaming him for a monster 94-metre six over midwicket earlier in the over – to leave Rajasthan 69-3 after eight overs.

Smith and Buttler built a stand of 58 and although Buttler sliced Morris to mid-off in the 16th over, Rajasthan plundered 65 runs between overs 15 and 19, with Smith completing a 30-ball fifty and the hard-hitting Tewatia (19no off 11) once again adding impetus.

Morris, though, restricted Royals in the 20th and had Smith caught smartly by Shahbaz Ahmed at deep midwicket before pinning Archer lbw from the final ball – Archer’s review only showing how plumb the decision was. 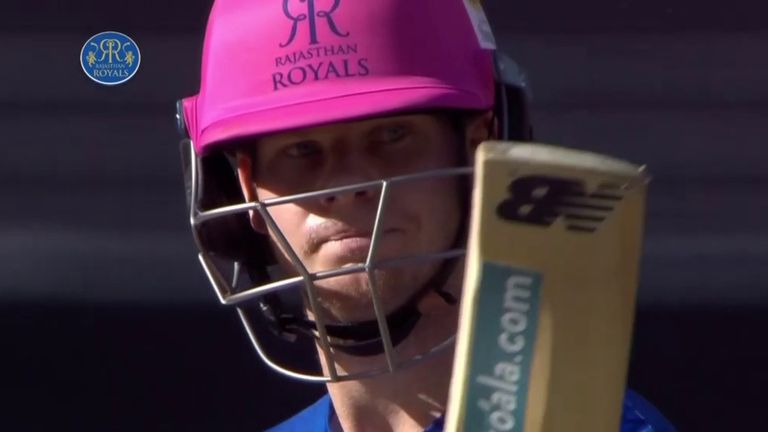 Archer was smote for two early sixes by Finch in the chase – one a 100m heave over square leg – but the Australian fell to spinner Shreyas Gopal for 14 and Rajasthan’s attack contained Devdutt Padikkal (35) and Kohli during their half-century partnership.

Rajasthan would have felt confident when Padikkal and Kohli were dismissed from successive balls spanning the end of the 13th over and start of the 14th, with Tewatia involved in both dismissals.

The spinner had Padikkal caught by Stokes and then produced a moment of magic to get rid of Kohli on the deep midwicket fence.

Kohli whipped Kartik Tyagi powerfully towards the boundary where Tewatia caught the ball, threw it back into play before his momentum took him over the rope, and then returned to the field to complete a stunning grab.

The 14th over concluded with RCB needing 74 from 36 balls but De Villiers struck a boundary apiece in overs 16, 17 and 18 before launching a blistering assault at the death to snatch victory for RCB.

Watch every match of the 2020 IPL live on Sky Sports. You can also catch hour-long highlights of each game every weekday at 9pm and at 8pm and 9pm on double-header weekends.