In the week prior to President Trump’s announcement that he and first lady Melania Trump tested positive for COVID-19, the president had traveled to eight states, holding various rallies and speaking at various events. At many of those events, photos show that neither the president, nor many of the attendees were wearing masks.

Mr. Trump tweeted shortly before 1 a.m. ET on Friday that he and Melania Trump had tested positive for COVID-19, although the timeline of when he first diagnosed remains unclear. He was admitted to Walter Reed Medical Center on Friday afternoon, and two sources confirmed to CBS News’ Paula Reid that Mr. Trump received oxygen at the White House on Friday before he was transferred to the hospital.

On Saturday, Mr. Trump released a video update on Twitter, saying he “had no choice” but to go to the hospital because “I just didn’t want to stay in the White House.”

“I was given that alternative, stay in the White House, lock yourself in, don’t ever leave, don’t even go to the Oval Office. Just stay upstairs and enjoy it, don’t see people, don’t talk to people and be done with it. I can’t do that, I had to be up front,” he said in the video. “This is America, this is the United States, this is the greatest country in the world. This is the most powerful country in the world. I can’t be locked up in a room upstairs and totally safe and just say — hey whatever happens, happens. We have to confront problems. As a leader, you have to confront problems. There’s never been a great leader who has done that.”

From rallies in Minnesota and Jacksonville to an event at the White House Rose Garden where eight attendees have been diagnosed, here is a timeline of Mr. Trump’s travels in the week prior to his COVID-19 announcement. 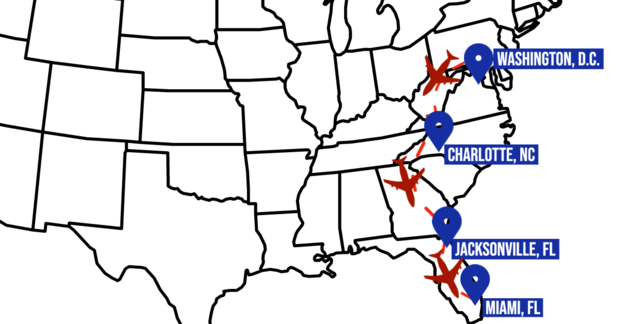 September 24 kicked off a two-day East Coast campaign tour for Mr. Trump. The president started the day attending a memorial for Justice Ruth Bader Ginsburg at the Supreme Court. Thousands attended the service, including dozens of political officials.

Following the service, Mr. Trump went back to the White House, and then flew to Charlotte, North Carolina, for an event to lay out his vision for health care. Photos of the Charlotte event showed many people wearing masks and social distancing. The event, which focused on health care, had many health care workers in attendance.

Later, in Jacksonville, Florida, Mr. Trump held a campaign rally. There were hundreds of the people at the event, the majority of which, photos show were not practicing social distancing or wearing face masks. Florida Governor Ron DeSantis and his wife, Casey DeSantis, were among those attending the event without masks.

Mr. Trump’s final stops for the day were Miami and nearby Doral. 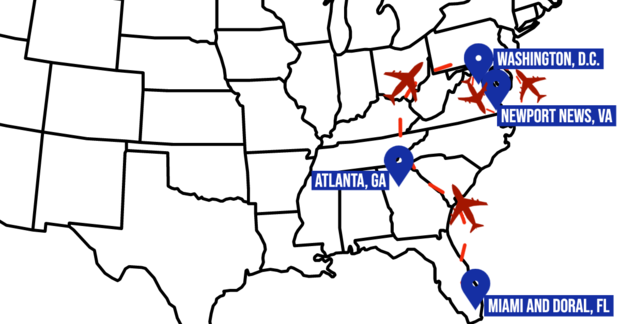 A week before the president announced he has COVID-19, he traveled to three separate states and Washington, D.C.

Mr. Trump started off the day in South Florida, hosting a Latinos for Trump roundtable in Doral. Immediately after, he flew to Atlanta, Georgia, where he spoke at a “Black Voices for Trump” event. The event was indoors at the Cobb Galleria Centre, and photos show that many attendees were not wearing masks or social distancing.

Trump then traveled to Trump International Hotel in Washington, D.C. to hold a roundtable with supporters before once again traveling to another campaign stop in Newport News, Virginia. Hundreds gathered at Virginia Make America Great Again event, which was held at the airport. The crowd was not socially distanced, and photos showed many people not wearing masks.

Mr. Trump went back to the White House following the event. 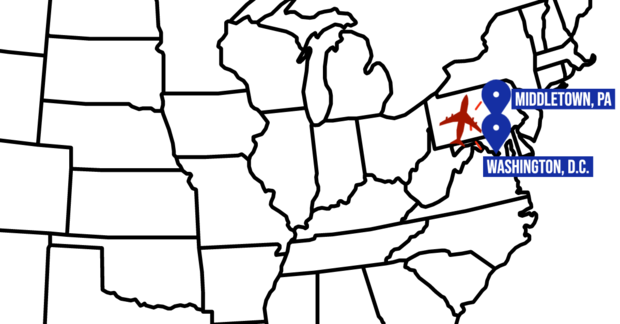 On Saturday morning, Mr. Trump hosted a ceremony in the Rose Garden to announce he was nominating Amy Coney Barrett to the Supreme Court. Roughly 200 people attended the outdoor ceremony, and many were pictured not following social distancing guidelines or wearing face masks. At least eight people who attended the ceremony, including Kellyanne Conway and New Jersey Governor Chris Christie, have announced positive COVID-19 test results since the event.

Following the ceremony, Mr. Trump traveled to Middletown, Pennsylvania, for a rally. Hundreds were pictured to be in attendance, including supporters who traveled to the rally from out of state, according to CBS affiliate WHP. The Pennsylvania Department of Health has encouraged people who attended the rally to get tested for COVID-19 if they are feeling sick, according to WHP. 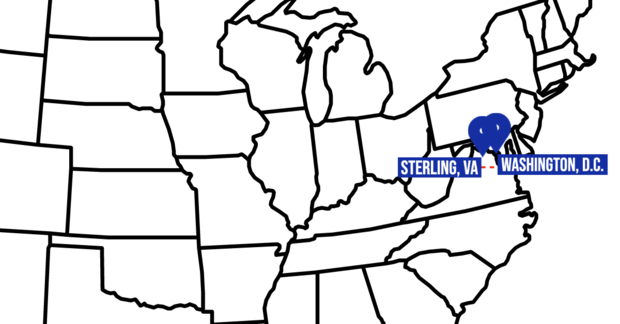 Mr. Trump traveled to Sterling, Virginia, to play golf at Trump National Golf Club on Sunday. At around 5:30 p.m., he spoke with reporters at the White House in the James S. Brady Press Briefing Room. 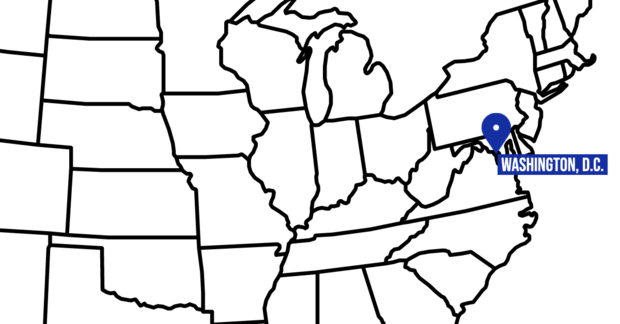 Mr. Trump spent all of Monday hosting events at the White House. On the South Lawn Monday morning, Mr. Trump celebrated Lordstown Motors on the launch of a new electric pickup truck. Republican Ohio Senator Rob Portman and executives of Lordstown Motors were at the speaking engagement.

Mr. Trump and Lordstown Motors CEO Steve Burns were photographed standing closely as they spoke while inspecting the vehicle outside the White House.

That afternoon, Mr. Trump held an event in the Rose Garden to speak about coronavirus testing strategy. Vice President Mike Pence, and several advisers and officials attended the event. Although photographs show that people were seated in socially distanced seats, many attendees were not wearing masks and were pictured standing close together. 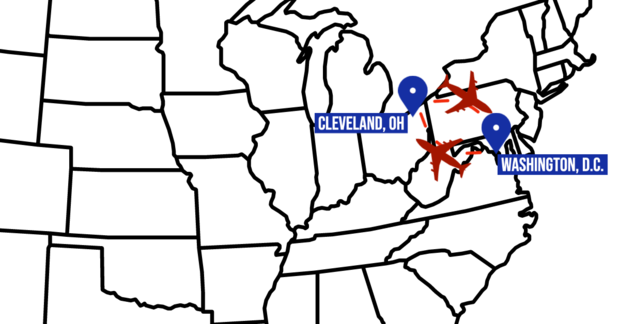 The first presidential debate for the 2020 election took place in Cleveland, Ohio, on Tuesday. Hope Hicks had traveled to the debate with Mr. Trump, a day before announcing her coronavirus diagnosis. Mr. Trump’s family, who attended the debate, were not wearing masks during the debate. The debate hall had posted signs with the 2020 presidential debate logo saying “Covid-19 Safety Reminders: Wear Facemask Maintain Physical Distance of 6 feet,” according to CBS Minnesota. 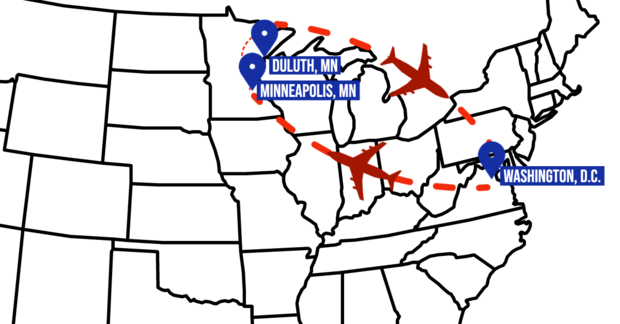 On Wednesday, Mr. Trump spent the majority of his day in Minnesota. Prior to going to Duluth for a rally, he made two private stops in the Greater Twin Cities area to meet with supporters for a fundraising opportunity.

Some of the supporters who had lined up to meet the president had been transported to the rally from a nearby arena. School buses transported supporters by the dozens. 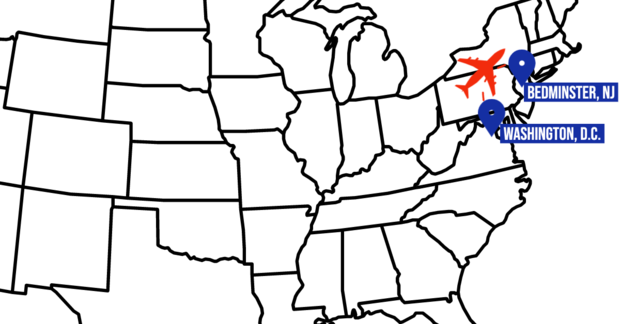 CBS New York reported that the president was in New Jersey for roughly four-and-a-half hours. During that time, he held a roundtable with some of his supporters at Trump National Golf Club, and also delivered remarks at a fundraising reception. He was back at the White House at 6:30 p.m.

John Sette, former chairman of the Morris County Republican Committee, told CBS New York he had attended an outdoor portion of the event and that there were roughly 200 people there. Masks were required, he said, and no phones were allowed. 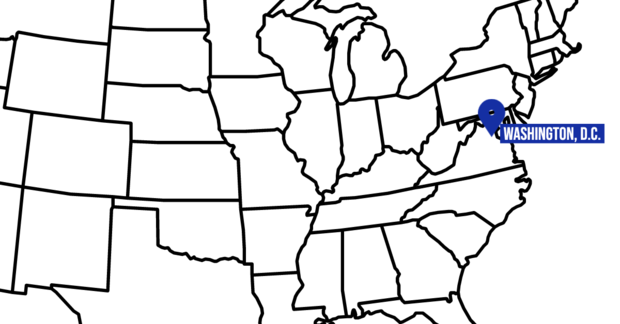 Mr. Trump announced he and the first lady have COVID-19 shortly after midnight on October 2. On Friday, the White House reported that he was maintaining mild symptoms, including a low fever, and Mr. Trump was transferred by Marine One to Walter Reed Medical Center in Bethesda, Maryland.