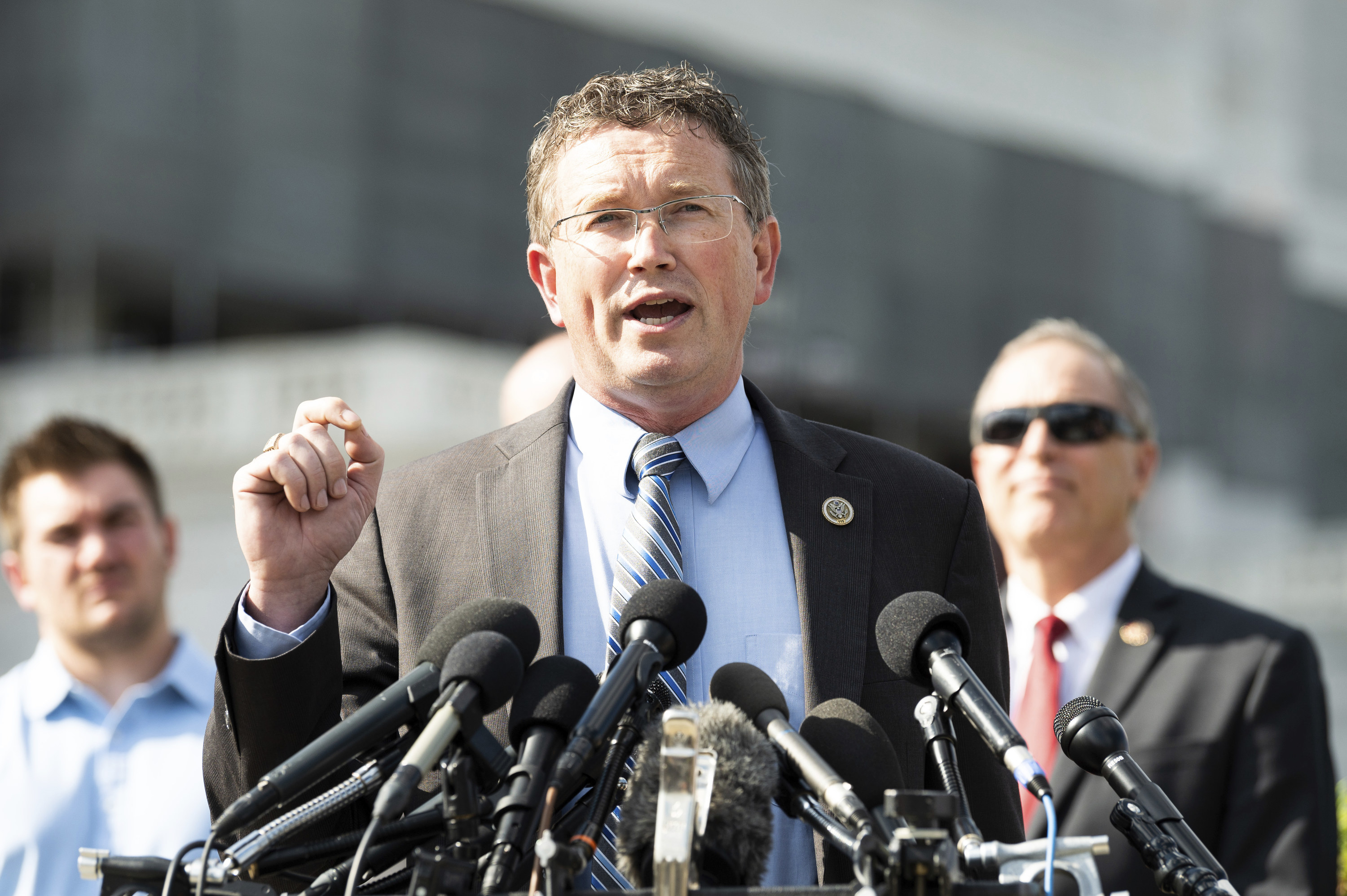 A sole Republican representative is forcing hundreds of House members to fly back to Washington, DC, to vote on the historic $2 trillion coronavirus aid package.

Party leaders had hoped to avoid exposing so many members, many of them elderly, to the risks of traveling across the country during the coronavirus pandemic. Since the bill was assured to pass easily they planned for a handful of members to pass it via a voice vote. But any one member can call for a full recorded vote, and Kentucky Rep. Thomas Massie did just that. Massie’s ability to do this rests on there being a lack of quorum, meaning a majority of members — at least 216 representatives — are not present.

House Speaker Nancy Pelosi and Minority Leader Kevin McCarthy quickly launched into Plan B. Members began showing up to the House floor, attempting to social distance as much as possible, in order to be present. Once a majority is hit, they can shut down Massie’s request without needing to conduct a full vote. In text messages to a Washington Post reporter, Massie said party leaders were blocking a full vote “so they can conceal the identity of those who didn’t come here.”

Normally the House floor is packed during a recorded vote, but if they are forced to vote, they will spend hours voting in small groups at a time in order to allow for social distancing. The bill passing is almost certain, but how long it will take is up in the air.

Massie’s move enraged leadership in both parties, who had pushed hard to avoid a recorded vote. The bill passed through the Senate on Wednesday in a unanimous vote of 96–0. President Trump went on Twitter to call Massie “a disaster for America” and said he should be thrown out of the Republican Party.

“It is ‘HELL’ dealing with the Dems, had to give up some stupid things in order to get the ‘big picture’ done. 90% GREAT! WIN BACK HOUSE, but throw Massie out of the Republican Party!”

Massie helped lead the Republican coup of former speaker John Boehner and has been a vocal critic of his party’s leaders since then. But he has avoided picking fights with Trump and staunchly defended him during impeachment proceedings. Massie had attacked the bill for how much debt it will add to America’s books.

The bill authorizes direct payments of $1,200 to every US resident with a Social Security number who makes up to $75,000 per year. Those who make more than that will see smaller checks, and the payments are phased out entirely for incomes over $99,000. The government will also give $500 for every child in the household.

Other provisions include $500 billion in loans to distressed businesses, $350 billion for small businesses to retain employees, $100 billion for hospitals, and $600 per week in unemployment insurance for laid-off workers, on top of state benefits, for up to four months.

The $1,200 direct payment to US residents is a one-time payment. An earlier version of this post misstated the frequency.

More on the coronavirus