Detroit has been hit hard by the coronavirus pandemic, as cases in Michigan top 115,000.

But despite the city's troubles, the local real estate market has been warm, according to Zillow.

Despite a median home value of only $36,293, prices in the Detroit market have gone up 7.7% over the last year, and Zillow predicts they will rise an additional 0.8% within the next 12 months.

That said, you can become a homeowner in the city for just a few thousand dollars — but it'll take a lot of work.

The Detroit Land Bank Authority (DLBA), founded in 2008, set out on a mission to return run-down and vacant properties in the city to productive use. To do so, it sells thousands of publicly owned properties through programs such as Own It Now and Auction. The homes can be bought for as little as $1,000.

But claiming full ownership is not without work: The DLBA has a compliance program that requires purchasers to either renovate and occupy or demolish the house.

We caught up with Deandra Averhart, a native Detroiter, who purchased an abandoned home through the DLBA's Own It Now program in June 2018. She paid just $2,690.50 for it and, in a year and five months of fixing it up, spent around $13,000 on renovations. One way she was able to keep the budget low was by decorating with furniture she bought at thrift stores or on Craigslist. Now that her work is done, Averhart confirmed to Business Insider that she's still been living there through the pandemic.

In an interview with Business Insider, Deandra explained how she transformed the property and her biggest takeaways from the project.

If you have a renovation story you'd like to share, get in touch with this reporter at [email protected]

A brief history: Detroit, Michigan, was once home to a booming auto industry. However, in the 1950s, the city started declining and companies started moving out of the city. By the 1960s, people were leaving in droves. 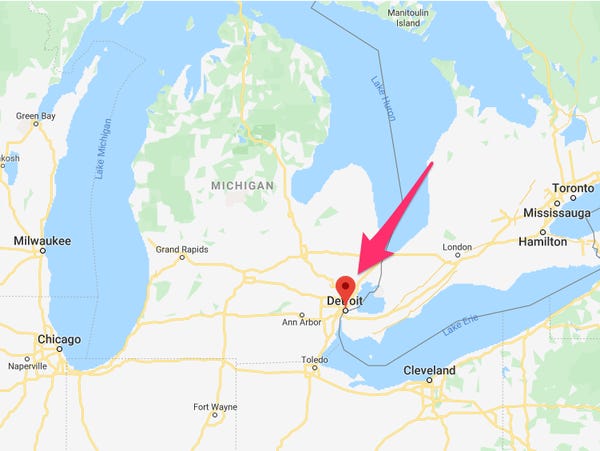 In 2013, the city filed for Chapter 9 bankruptcy protection, the largest municipal bankruptcy in US history. Now, more than 5 years later, more and more programs are seeking to improve the city.

Wealthy entrepreneurs are investing in the city too, like Dan Gilbert, the billionaire founder of Quicken Loans. As Business Insider previously reported, after Gilbert moved his company to downtown Detroit in 2010, he started the real-estate firm Bedrock.

Not only is Quicken Loans one of Detroit's largest employers and taxpayers, but as of 2018, Bedrock had invested or allocated $5.6 billion in roughly 100 properties in downtown Detroit and nearby neighborhoods.

The Detroit Land Bank Authority — the DLBA — is one of several organizations working to revitalize the city. 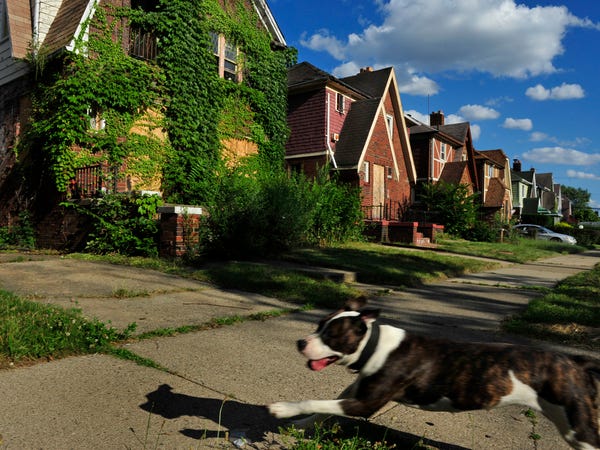 A weak housing market and low-valued homes have made it difficult for Detroiters to obtain mortgages. The Detroit Home Mortgage program, which was put in place in 2016, is working to increase homeownership in the city by lending qualified buyers the money needed to both purchase and renovate homes in the city.

Through the program, Detroiters can receive two loans: The first mortgage is for the appraised value of the home, while the second mortgage, which has a limit of $75,000, closes the gap between the home's sale price and its appraised value and covers the cost of renovations.

Deandra Averhart bought this abandoned 3-bedroom, one-bathroom home in June 2018 through the DLBA. 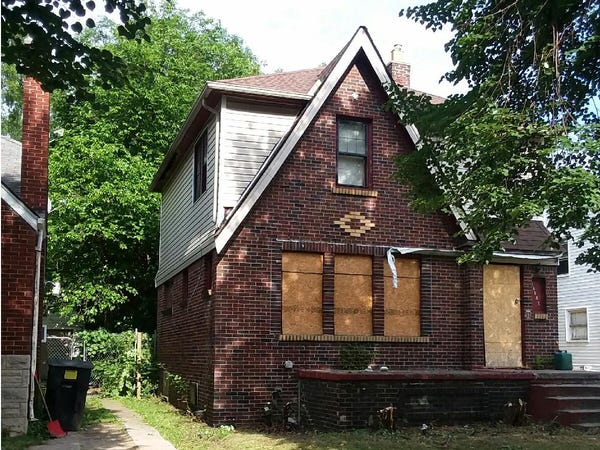 She told Business Insider that originally, she wasn't interested in buying a house. However, after talking to a friend, she decided that investing her money was a better idea than paying rent.

Deandra's birth name is Tia DeShay, but it was legally changed to Deandra Averhart when she was adopted. She writes, has her own podcast, and is a high school English teacher. 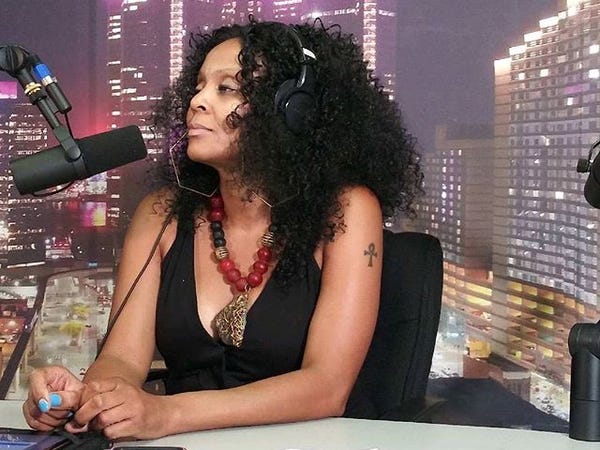 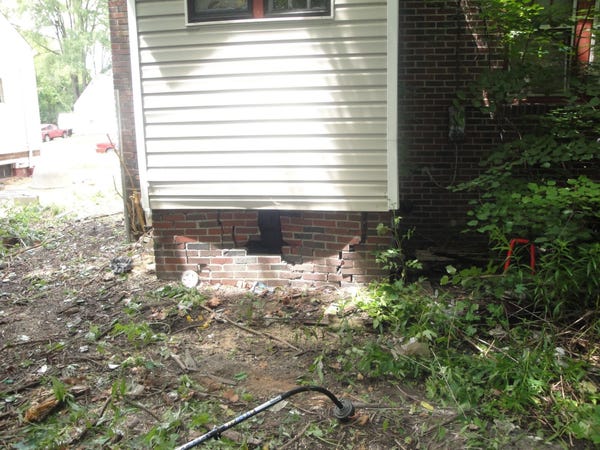 Deandra told Business Insider that the house was in unlivable condition when she bought it. 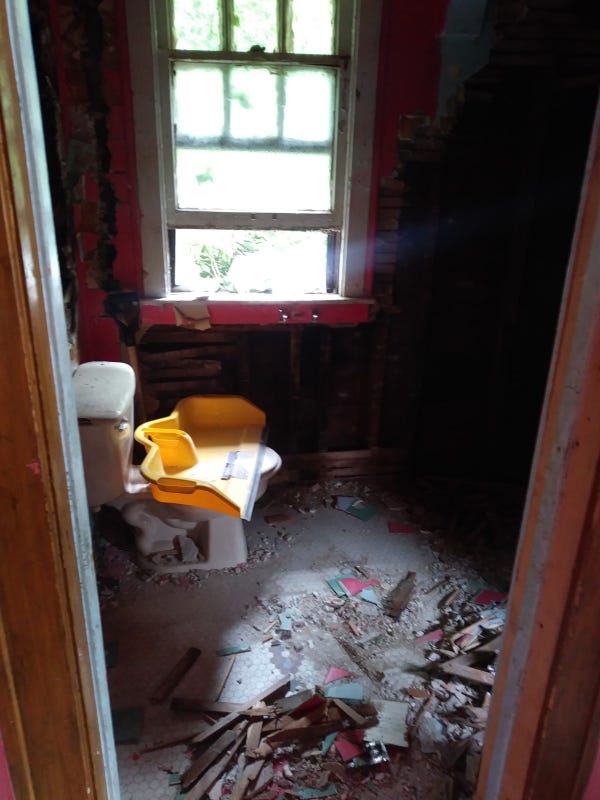 "It was completely trashed," she explained. "It had a hole in the back underneath what I call the nook in the kitchen." 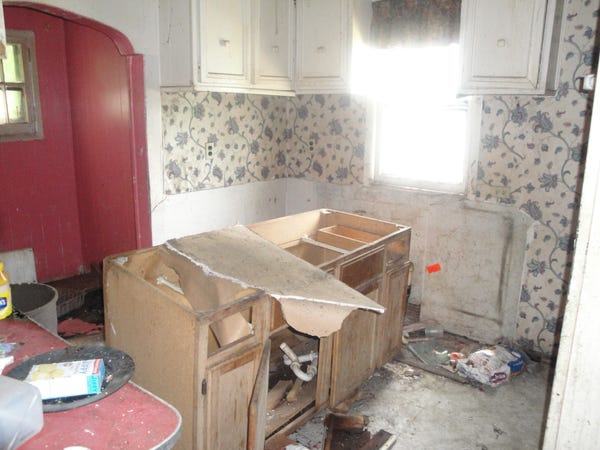 Trash was scattered throughout the house. 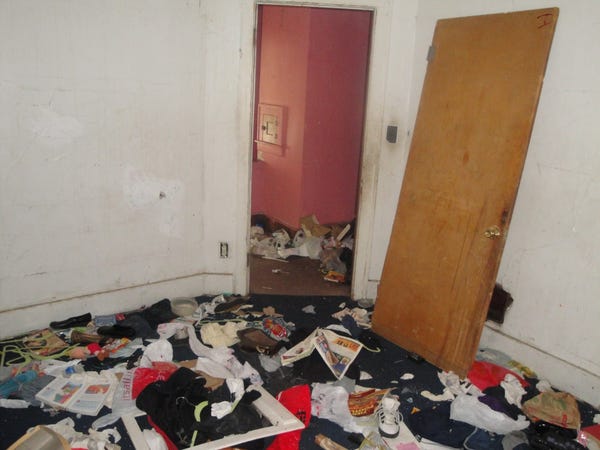 There was also no running water or electricity. 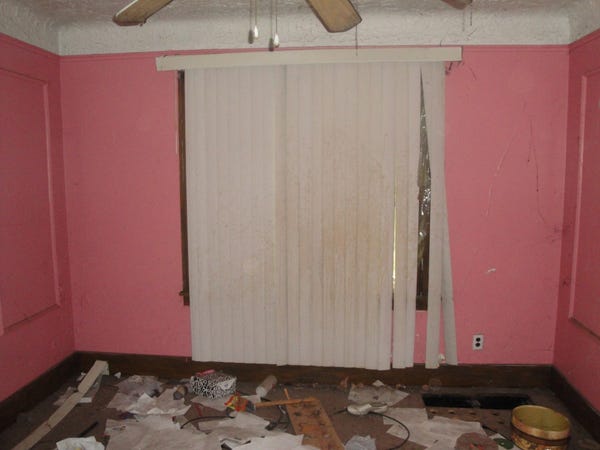 "There was nothing. There was no furnace, no hot water tank, nothing," she said. 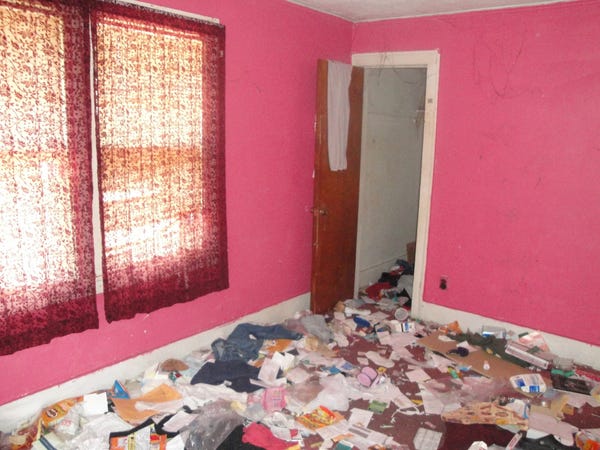 She had her work cut out for her, but she wasn't alone. With the help of her students, a coworker, and an independent contractor, she was able to turn the abandoned house into a home. 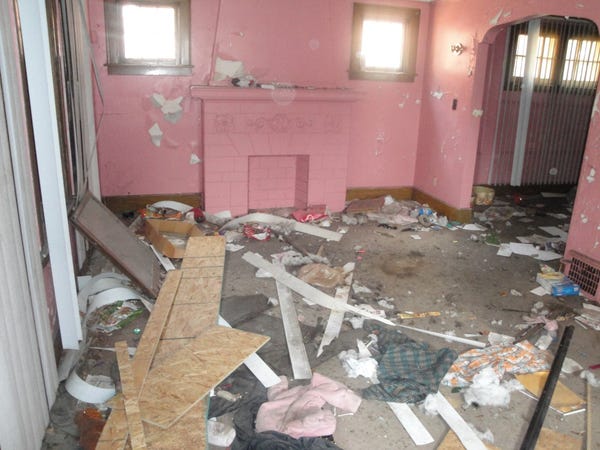 Deandra told Business Insider that her students helped with the cleaning and the landscaping. "They were going into their senior year so I knew they needed money for senior activities," she said. 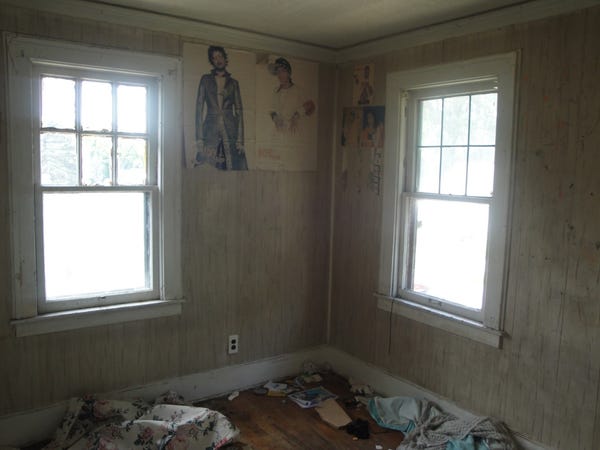 When it came to things like the plumbing, the electrical work, installing new windows, and putting in new doors, Deandra hired an independent contractor.

Despite the home's condition when she bought it, Deandra was able to move in just 2 months later. 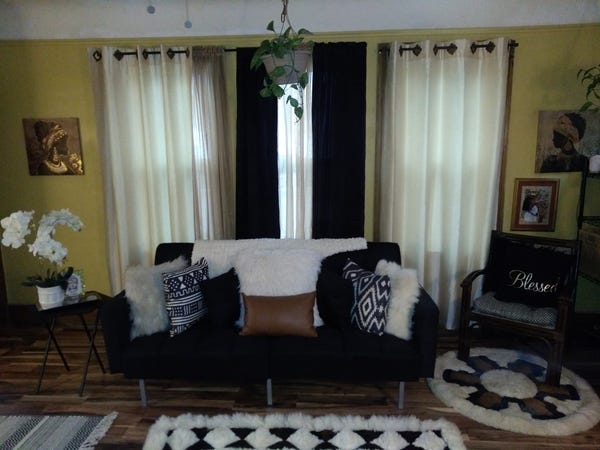 By that point, her bedroom, the bathroom, the living room, and her spiritual room were done. 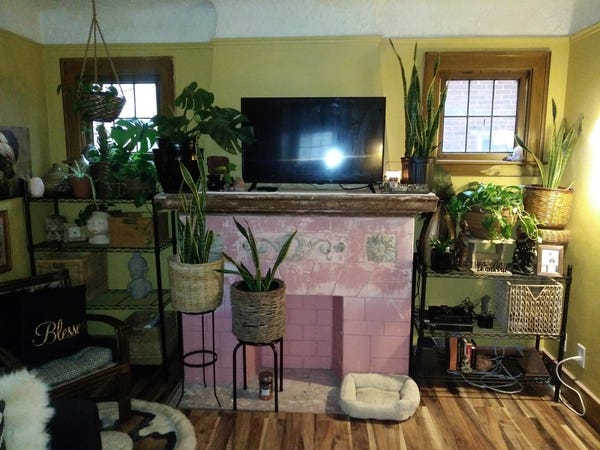 However, the kitchen wasn't ready. 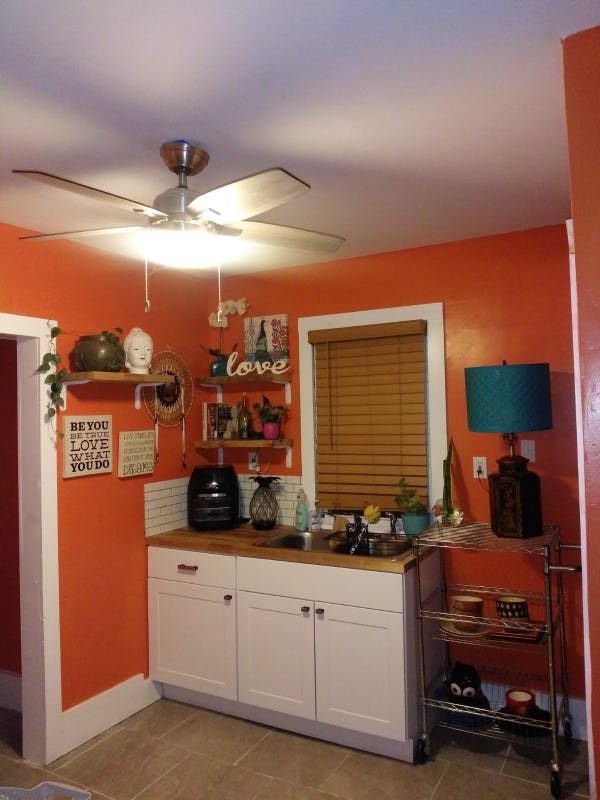 In fact, the kitchen wasn't completed until a few months later. 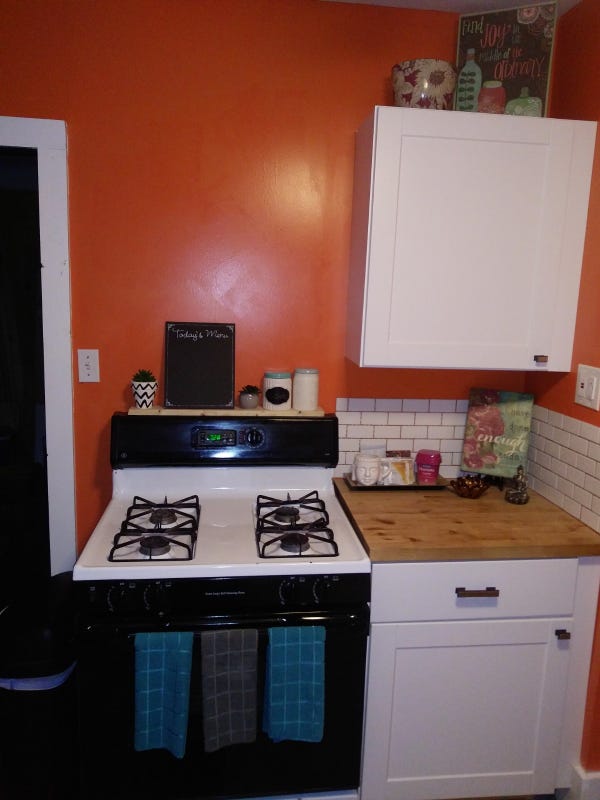 She also told Business Insider that while she worked to finish the real kitchen, her dining room served as a makeshift kitchen. 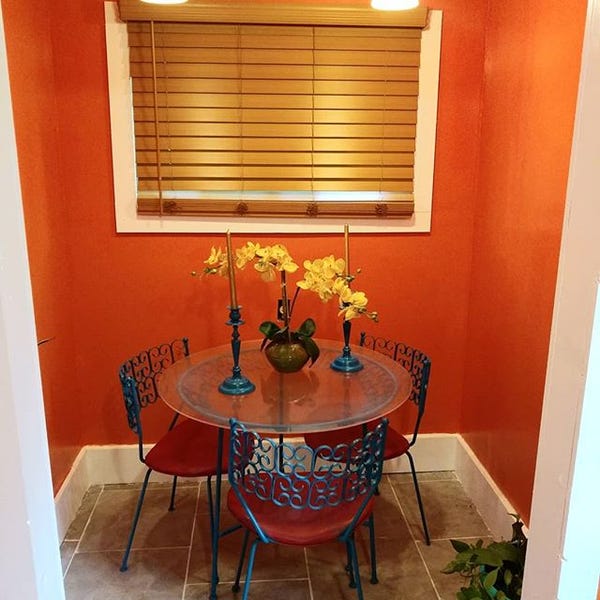 "I had a toaster oven, a microwave, and a refrigerator. That's all I had," she said. 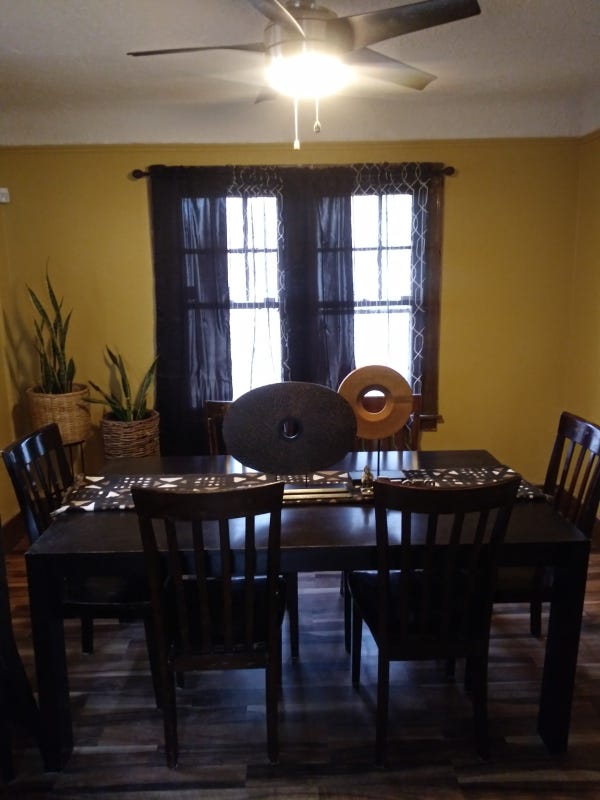 Throughout the renovation process, Deandra kept the DLBA up to date with her progress by sending it photos of the home every month. It took around a year and five months to fix up the house to her liking. 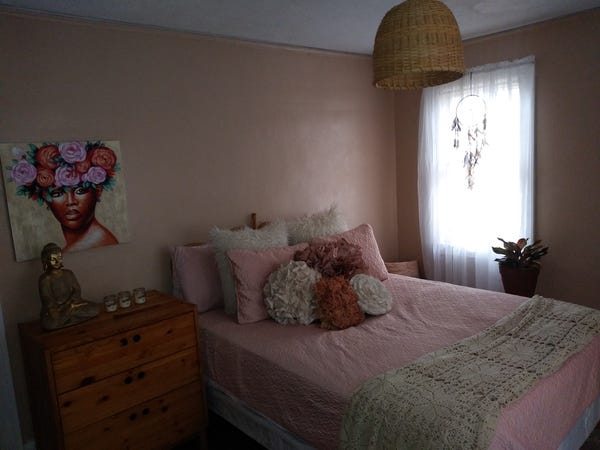 When it came to decorating, she got most of the items around the house from thrift stores or on Craigslist. "I am a thrift store queen," she told Business Insider. 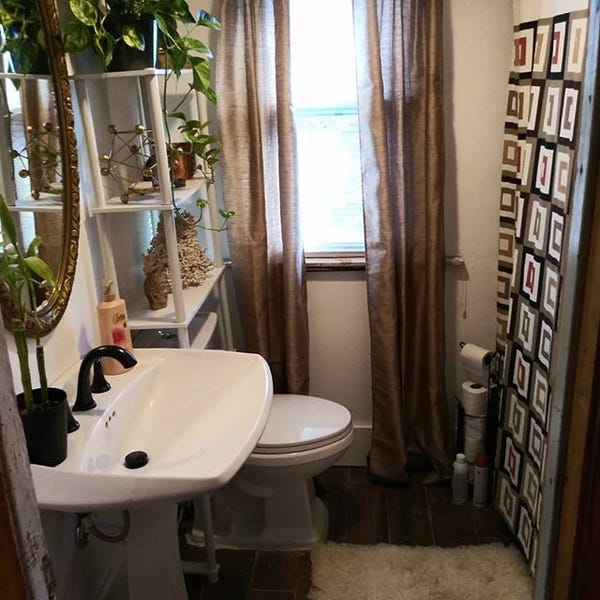 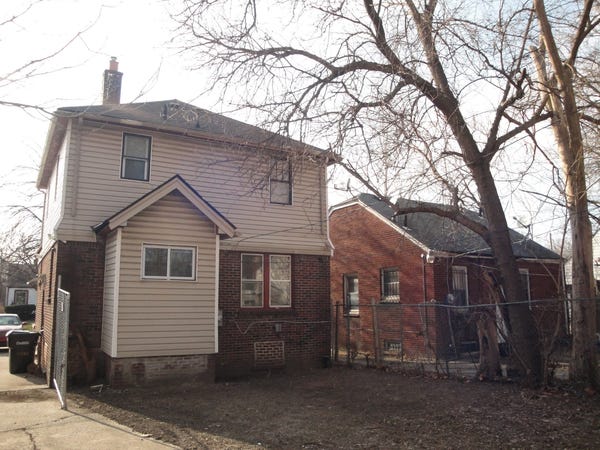 And, while buying a house wasn't originally part of her plan, she said she didn't regret the purchase. 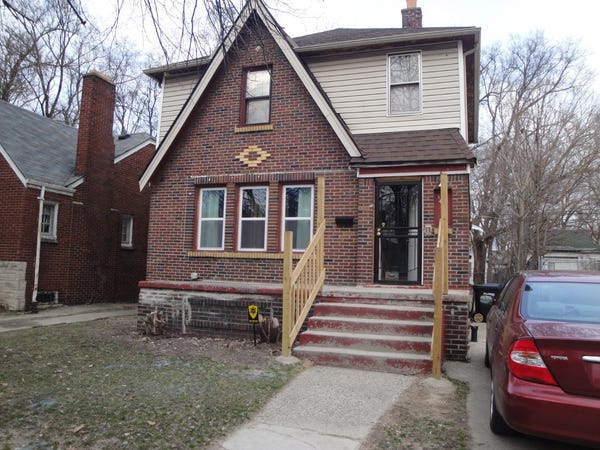 "Every time I walk through my home, I am amazed that I did this. It brings tears to my eyes," she said. 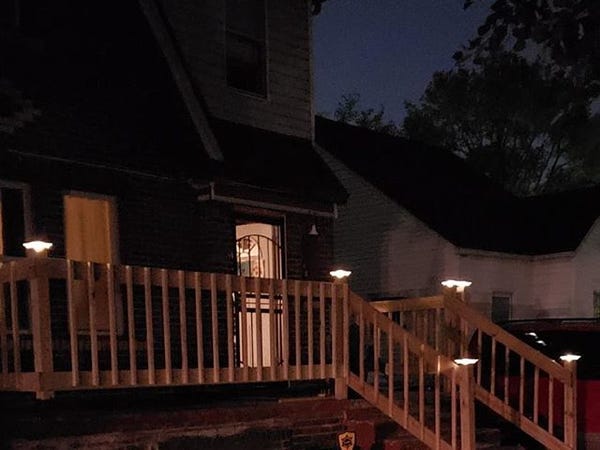 This article is part of Business Insider's ongoing series, How I Renovated It. If you have a renovation story you'd like to share, get in touch with this reporter at [email protected]