The 911 dispatcher who watched George Floyd’s arrest on surveillance video as it unfolded last spring said the restraint lasted so long that she called a police sergeant because she feared “something was going wrong.”

Scurry was the first witness called to the stand in the trial of Derek Chauvin, the ex-Minneapolis police officer charged with second-degree murder, third-degree murder and second-degree manslaughter in Floyd’s death, which drew outrage and re-ignited a nationwide movement for policing reform.

On May 25, 2020, Scurry directed police to the Cup Foods convenience store in Minneapolis in response to a call about a suspect using a counterfeit bill. When police arrived, a struggle ensued between Floyd and several officers. 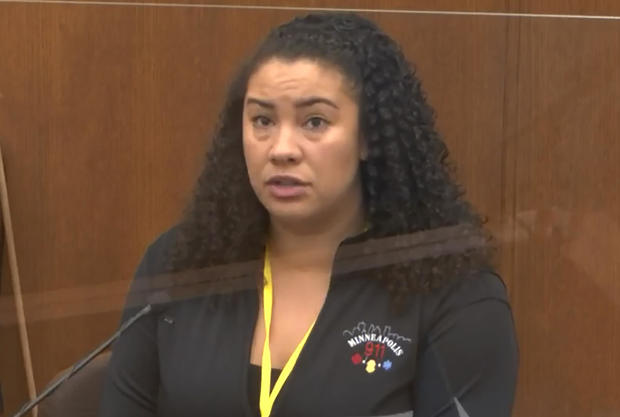 While watching the incident, Scurry said the restraint happened for so long that she initially thought the cameras were frozen. After confirming the video was live, she called a police sergeant something she had never done over the course of her career.

She said the supervisors are resources who need to be notified in use of force situations.

“You can call me a snitch if you want to,” she told the sergeant, according to the call. “I don’t know if they had used force or not, they got something out of the back of the squad (car), but all of them had sat on this man.”

Scurry admitted it was rare for dispatchers to see video of the arrest unfold in real-time, another reason she felt compelled to call her supervisor. “We don’t get these videos often or at all unless it is looking at a bridge or just looking at people walking, we very rarely get incidents where police are actively on scene,” she said Monday.