A three-year-old who was celebrating his birthday was shot and killed in Miami-Dade County over the weekend. Now, police are offering a $15,000 reward for information on the shooter.

Just after 8 p.m. on Saturday, a gunman, armed with semiautomatic rifles, drove by a suburban Miami house, police said in a statement. Elijah LaFrance, the birthday boy, was standing in the doorway of the house while his parents and other family members cleaned the front yard after the party.

Police said the gunman opened fire, shooting over 60 times, hitting LaFrance. His aunt found him wounded, and he was rushed to the hospital, where he later died of his injuries. 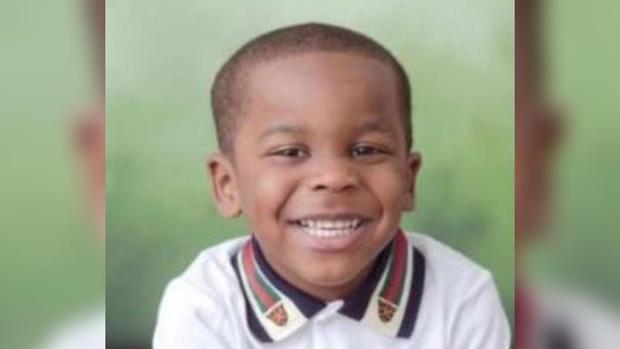 A 21-year-old woman was also shot, police said. She is in stable condition at Aventura Hospital and is expected to recover. The property was apparently an Airbnb rental booked for the party, CBS Miami reports.

“This was despicable. This was careless,” Detective Kevin Thelwell, who is leading the investigation, said Monday. “These were shooters, these were cowards to take the life of a 3-year-old child.

“I have two sons of my own,” he added. “I can’t imagine what the parents are going through at this time. It’s total devastation. And we are asking for the community’s help. I don’t care if you heard something in the street. I need somebody to call CrimeStoppers.”

Police are offering a $15,000 reward for information about the shooting.

“We will not stop until we get all subjects that were involved in this tragedy into custody,” Thelwell said. “We owe it to the family.

Our detectives are working around the clock, using all available resources, to solve the murder of 3-year-old Elijah LaFrance. We are out in the community handing out flyers, asking for any possible leads. If you have any information, please contact @crimestopper305 305-471-8477. pic.twitter.com/9eoIyYe0HL

The Miami-Dade Police Department said they are pouring all of their resources into the case.

“As a member of this community, I am completely devastated. I’m disgusted,” Miami-Dade Police Department Director Alfredo Ramirez III said during a news conference. “This is ridiculous and I can assure you — to the family, my condolences to the family — and I can assure you that all the resources of the Miami-Dade Police Department will be deployed to bring these subjects into custody.”

LaFrance’s uncle spoke out on Monday, expressing his grief.

“They killed him. Oh God, he is still on my mind. I was just playing with him,” Adrian Annestor, who was at the party, told CBS Miami. “I wish it could have been me because I’ve lived long enough. He couldn’t even say ‘mom, dad.'”