While stars such as Dua Lipa, Harry Styles, Cardi B and more are set to grace the Grammy’s stage later this evening, Rihanna is one pop star opting to skip tonight’s ceremony.

The singer and business mogul isn’t expected to be in attendance at the 63rd annual Grammy Awards in Los Angeles this evening. Rihanna was not nominated for any awards this year, and she also hasn’t released a full length studio album since 2016’s Anti. While fans have fervently voiced their desire for the singer to release her long awaited ninth studio album (aptly nicknamed #R9) the star has taken her time releasing the highly anticipated project. 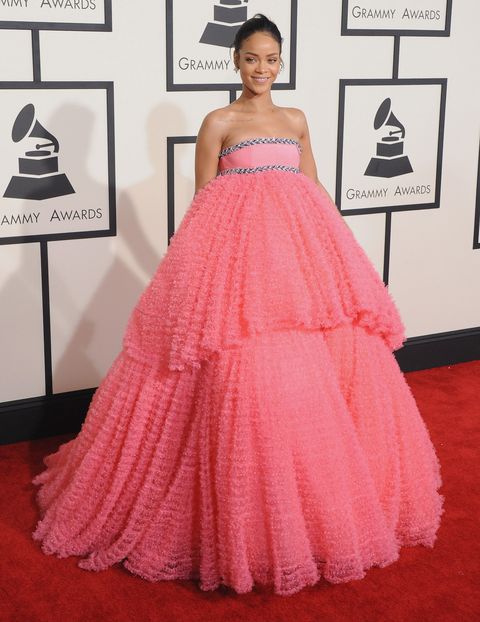 “I am always working on music. I am always working on music and when I am ready to put it out in the way that I feel fit, it’s gonna come out. And you’re not going to be disappointed when it happens. It’s going to be worth it,” said Rihanna to ET via video chat last summer. “I’m not just gonna put it out just because people are waiting. It’s taken this long, I’m gonna make it worth it.”