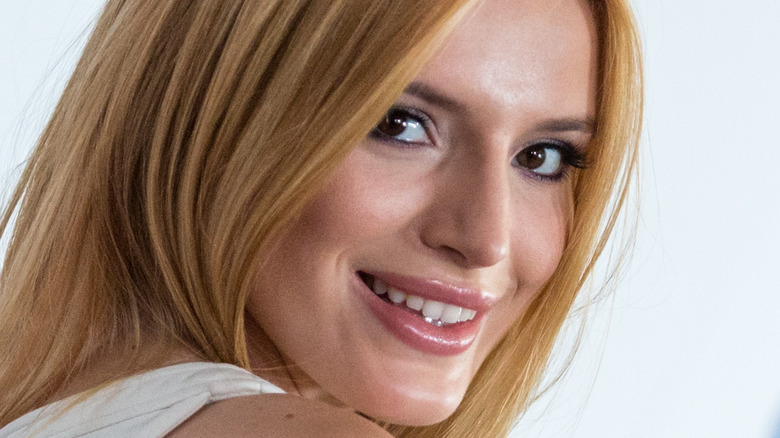 Since becoming a teen icon on the Disney series “Shake It Up” when she was just 13 years old, Bella Thorne has had quite a love life, sometimes even dating multiple people at a time. Thorne is now set to marry Italian singer Ben Mascolo, but the young actress and musician had a long journey getting to this point.

Thorne was born on October 8, 1997, in Pembroke, FL, and began landing acting roles before she even reached adolescence, appearing on the TV show “Dirty Sexy Money” when she was only 10 years old (via The Vogue). In 2010, she came to the attention of Disney Channel fans with a small role on the sitcom “Wizards of Waverly Place,” and later that year, she debuted in her own series, “Shake It Up,” about two teens in Chicago dreaming of making it big as dancers (via IMDb). That’s when Thorne truly became a household name. 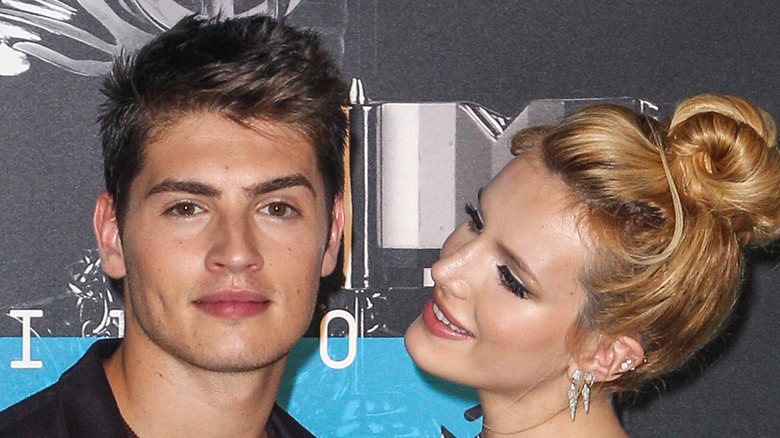 Bella Thorne was only 14 years old in 2011 and enjoying the fruits of Disney Channel stardom when she met and started dating Tristan Klier. Perhaps this first romance didn’t last because Thorne’s star was rising both on television and on social media and Klier wasn’t involved in show biz at all.

The year 2015 brought the young performer a plethora of romantic choices. Thorne publicly entered the dating scene again when she began dating Brandon Lee, a boy who grew up in the showbiz limelight as the son of former “Baywatch” star Pamela Anderson and rocker Tommy Lee. The relationship didn’t seem serious and not long after she was posting photos of herself with Lee, she was at a basketball game seen kissing Ryan Nassif, the son of a Hollywood agent.

Later in 2015, Thorne found a relationship that looked like it would last with Greg Sulkin, and they even bought a house together in 2016. However, shortly after that major purchase, the pair called it quits (via The Things).

After coming out as bisexual, Bella Thorne continued to play the field

The year 2016 was an eventful one for Bella Thorne. After breaking things off with Greg Sulkin, Thorne began dating longtime friend Bella Pendegrast and came out as bisexual. According to The Things, that relationship didn’t last long and Thorne soon began a romance with actor Tyler Posey before moving onto a confusing relationship with musician Charlie Puth.

Thorne claims the pair never dated, despite there being snaps of them looking quite close and romantic on the beach. Thorne tried to explain the situation on Sirius XM’s “The Jenny McCarthy Show”: “Honestly, Ty and I stopped dating and that was really difficult for me. It was definitely one of the hardest breakups I’ve been through,” Thorne said (via People). “Basically, Ty and I stopped dating and Charlie had been tweeting about me for a while. He was trying to reach out to me. I hung out with him twice. We went to the movies…Then he invited me to Jingle Ball to watch him perform.”

It got more complicated from there as Puth seemed to think they were an item but that she’d never really broken up with Posey. He went public with his accusations on social media and Thorne claimed he was reading an old article. “I felt super bad,” Thorne said. “I kept calling him. He wouldn’t answer my calls.”

Bella Thorne had an open relationship before finding 'the one' 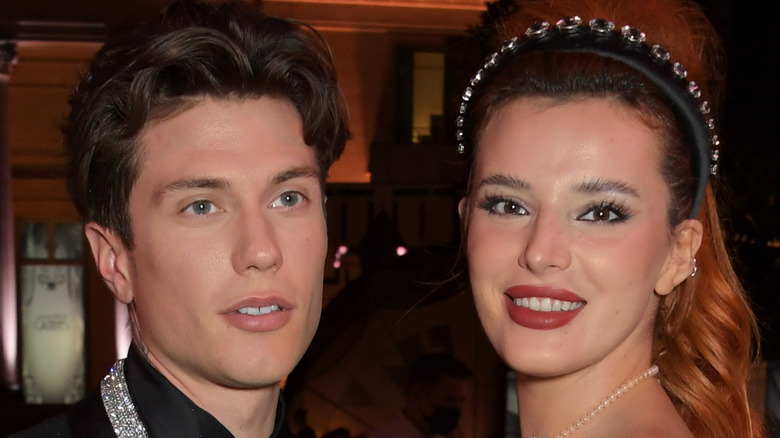 In 2018, with the Charlie Puth controversy behind her, Bella Thorne started dating rapper Mod Sun while also dating a YouTuber named Tana Mongeau. Mod Sun was okay with this arrangement, but things again got dicey for Thorne when she ended things with the rapper and he was later spotted with Mogneau (via The Things).

Finally, in 2019, Thorne met Benjamin Mascolo, an Italian musician who would change her life in a big way. In March of 2021, the pair announced their engagement on Instagram, with Thorne sharing photos of the lit-up words “Marry Me,” saying: “You would have said yes too.” The pair were making the movie “Time is Up”  together when Mascolo popped the question. Thorne described the proposal in detail to Variety.

“He did it on our movie that we did together, which is his first time ever acting, and my first time working with someone that I’ve dated,” Thorne said. “It’s just such a big first for us, especially for our relationship, to see how we can actually really work together on set, all day long, talking about the stuff, going through these scenes, going through hard scenes. It was such a great testament to our relationship to really just see how easy it is for us to mentally give and take from one another.” Apparently, the big moment came when they were doing reshoots in Spain. “It was very, very cute,” she said. “It was so sweet.”